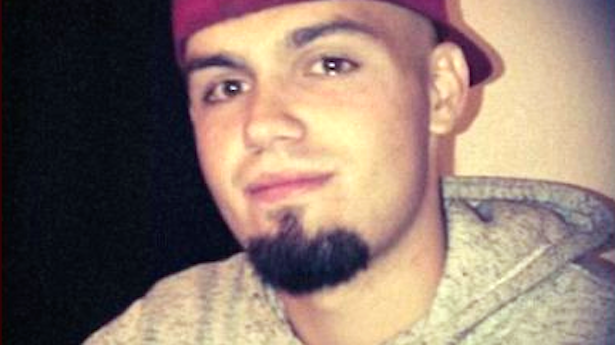 It has been reported that cops kill about 500 innocent Americans per year. Yet most of those stories stay buried or, at best, see limited life in local media or the blogosphere. Only the select, as in selected by the media, stories become as big as the Michael Brown story. Certain stories simply transcend the perceived boredom of news headlines and become a part of pop culture.

Does the media intentionally stir up racial hatred? Is it part of their agenda?

Is it because blacks in Ferguson rioted and looted while whites in Salt Lake City have remained calm?

America needs to find answers because this racial divide is moronic. We are all “Americans” and not “African-Americans” or “Asian-Americans” or “Redneck-Americans” or anything else. We are Americans first and we need to remember that. It is OK to love and celebrate your heritage. It is not OK to let it consume who you are and carry hatred that will explode at a moment’s notice.

Ever heard of a kid named Dillon Taylor?

He was a white kid, 20 years old, who was killed by a black cop on August 11 (***see update at end of article). This happened two days after Michael Brown was killed.

Dillon Taylor seems to be a young man who was in the wrong place at the wrong time. He was leaving a 7-11 convenience store. Officers were in the area because there was a report of a man with a gun.

Taylor had headphones in and did not hear police when they asked him to lay down on the ground.

Taylor unfortunately reached into his pocket, for a cell phone, and that was the last thing he ever did. He had no gun. He did not rob any stores. He did not assault a police officer.

His “crime” was that he did not think and that non-crime cost him his life.

Officers were obviously in a heightened state of alert and a white kid with headphones happened to be killed by a minority cop.

Do you think that was because of his race?

I don’t think it was and that’s my personal opinion, but…

Where are the riots in Salt Lake City?

Surely a lot of whites have to think that this was racially motivated. Right?

Wrong. I think most people understand that it was probably not racially motivated. The frustration that falls over much of “white America” is that we are all thrown into one big pile of racists and if a white on black crime happens, the worst always gets assumed by a minority of people and is then pushed by the media, continually growing exponentially until out of control. That is when the real problems begin to happen.

That is also exactly where we are with the situation in Ferguson.

I live in a country where I am labeled a racist for not liking Obama’s policies. If I don’t like Obamacare I am a racist and even a white man will call me that, so long as he is a democrat.

When are people going to wake up and see that “the powers that be,” which include both media and government, want us to stay divided? They really don’t want me and a black man in Murrieta, California to agree on anything. That would eat away at the power that they only keep when we remain divided. We give them that power by our senseless bickering.

I think most of us could understand how the police might have felt that Dillon Taylor was reaching for a gun. I, for one, don’t think this had anything to do with race. I think it was about a cop who felt his life was in danger. So why is it so hard to believe that Darren Wilson could have thought the same thing?

Why is it that often times, when a white man, or any man who is not black in the case of George Zimmerman, kills a black man, it becomes a media circus?

We will get nowhere by avoiding the tough questions in the name of “political correctness.”

People need to stop thinking that the black man or the white man is their enemy and look at the real enemy that resides throughout the halls of capitol buildings all over this nation and in newsrooms in virtually every city.

America needs to do some soul searching and come together in spite of those who want us divided. A lot of us are waking up and that is what “the powers that be” fear. So what happens when they fear that we will come together?

Until Americans open their eyes and start to see the real enemy then this will continue.

***Editor’s Update 11/27/2014: I have changed the title of the article to “minority cop” instead of “black cop.” It is now being reported that no charges will be filed against Officer Bron Cruz who fired the shots that killed Taylor. But they are not calling Cruz a “black” cop, as was originally reported, and he may in fact not be black. Let’s just call him a minority because the press calls him “non-white” and with a name like Cruz he could very well be Hispanic. Here is an update from WREG:

Officer Bron Cruz, who was described as non-white, shot Taylor once in the chest and once in the stomach after he refused to obey police.

Officer Cruz said he believed Taylor had a weapon and intended to use it.

No weapon was found on or near Taylor’s body.