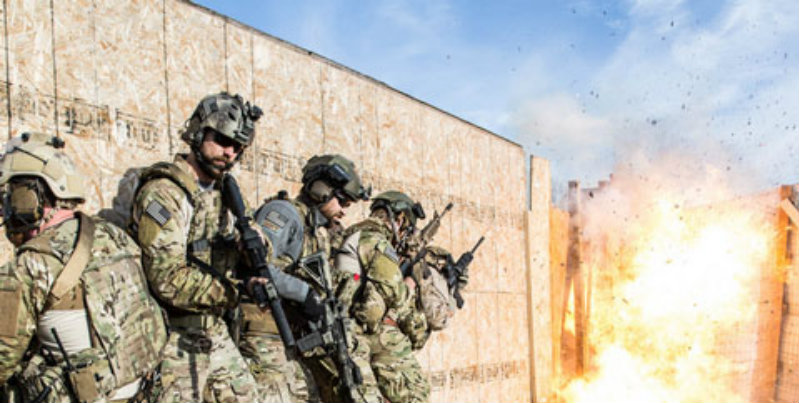 The events in Ferguson, Missouri are a harbinger of things to come. In addition to the deployment of National Guard troops and the heavy militarization of local and federal law enforcement agents in the area, it looks like private special operations contractors with experience in middle east war zones have been asked to help.

Their mission is not clear and no one in any official government capacity is saying anything. But according to a tweet from Asymmetric Solutions on Tuesday, private contractors have been requested in the Feguson/St. Louis area. The company is a division of Applied Defense Technologies,  which employs ex-special operations members like Navy Seals, Army Rangers, and Delta Force operatives, often to high-risk theaters of war in places like Iraq and Afghanistan.
https://twitter.com/AsymmetricUSA/statuses/501822063464546304
The company quickly followed up their initial tweet to clarify their involvement after numerous users and alternative media outlets like the 1776 Channel voiced concerns over the use of private special operations contractors in a military role on U.S. soil.
https://twitter.com/AsymmetricUSA/statuses/502036357997686784
https://twitter.com/AsymmetricUSA/statuses/502037024237703168

According to a follow-up tweet that came about 12 hours later, the contractors had finished their job by 4:30PM on Wednesday and expressed their thoughts on media news coverage of the events taking place in Ferguson.

Though the company has not released any specific details about their role in Ferguson or who hired them, it looks like they were either facilitating the transport of supplies or providing security for a high profile client. Whether the client was a private individual or a government entity remains a mystery.

Private security contracting firms operate throughout the United States on a daily basis. However, it’s no surprise that a top-tier contracting firm like Asymmetric Solutions being deployed in a riot-laden area like Ferguson, MO will raise eyebrows. This particular deployment may have been innocent enough, but it does raise the question of how far our government is prepared to go in the event of a widespread civil unrest scenario.

They have spent years planning for such events as economic collapse, food riots and other emergency scenarios. And because contracting firms such as Asymmetric Solutions have been deployed on countless tours to high-risk areas over the last decade, it stands to reason that these ex-military professionals would be utilized by the highest bidder in the event of a national emergency.

The real question then becomes, how far are the individuals and closely knit teams willing to go if called in for such duties on U.S. soil? In the case of Asymmetric Solutions, it looks as if the firm was genuinely concerned that they may be utilized as a sledgehammer by government officials.