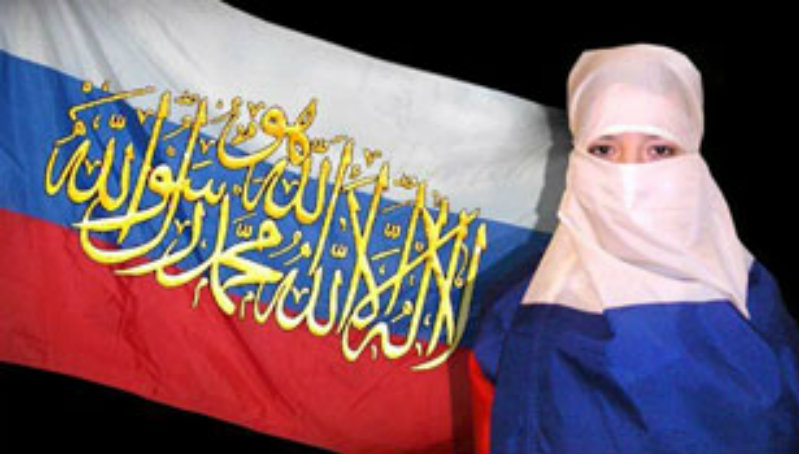 Russia, being fed up with Muslim violence, will be passing a law, by 2015, that will prohibit certain Islamic literature deemed as extremist and dangerous to society. As of now, Russian police are already searching Muslim schools (madrasas) and stopping veiled Muslim women to interrogate them in Crimea.

It is the Russian Inquisition, and I can already hear the empty leftist and modern-minded Christians complaining about it. Eider Ismailov, the assistant mufti of Crimea, said:

This shows that Russian police do not trust headscarfed women, and see them as a separate group in the general public … This is nothing but an insult against our beliefs as Muslims

One report informs us:

Recently, Muslim women in the capital Simferopol and Bakhchysarai have accused Russian police of pulling women with Islamic hijab over for passport checks.

Women added that they were being treated as if they were ‘enemies’ on their Facebook profiles.

Security check did not target women only.

Over the past few days, Crimea religious schools, or madrassahs, have been searched for banned Islamic literature.

Three madrasas were searched during August 13, ahead of the law that will come into force in 2015 that bans a number of popular Islamic books, another assistant mufti, Esadullah Bairov, said.

“The books are removed as a warning, as the law is not in force in Crimea yet. Still, no extremist literature was found in Crimean madrasas that were searched,” Bairov said.

Russia needs to continue and pursue such laws. Thank God for the Russian Orthodox Church and the Russian government, working together to fight and suppress this evil. Let the Two Swords of St. Peter, that is, the Church and the State, be unleashed on the forces and principalities of darkness that so wish to destroy Christianity.

This is part of militancy: having the state to obliterate the works of Satan.