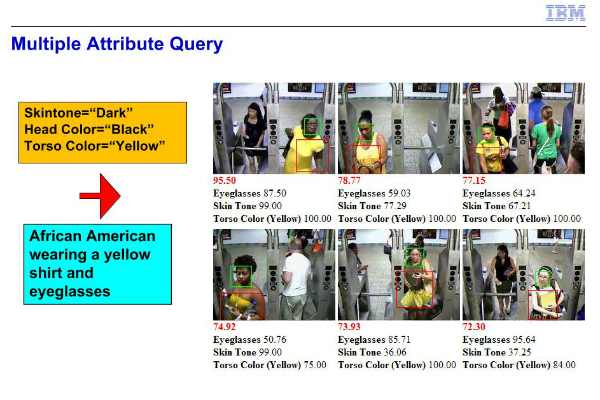 On May 25 and 26 of 2013, Boston police tested an advanced facial recognition system to monitor concert-goers at the Boston Calling Festival.  Recently, independent investigators with Dig uncovered documents on the Dark Web, showing how IBM was contracted by the city’s government to provide technology that would keep track of all 20,000 attendees at last year’s festival.

The documents showed that IBM allowed the city’s government to use its “Face Capture” software with the intent of tracking the face of every person who came through the door.

This program is a combination of the company’s Smart Surveillance System (SSS) and Intelligent Video Analytics (IVA) software, which were both used for the first time just two months prior for the 2013 Boston Marathon.

When Dig asked the Boston Police Department to comment on the technology, they denied that they had any part in the project, stating that “BPD was not part of this initiative. We do not and have not used or possess this type of technology.” However, the documents uncovered by Dig physically show Boston cops observing this experimental IBM software.

Kate Norton, the press secretary for Boston Mayor Marty Walsh, said that the use of this technology during large events in the city has only been a test, and that they have no plans for long term implementation of this technology.  Although, she also revealed that this technology was used yet again for the Fall edition of the Boston Calling festival.

In an E-mail with Dig, Norton said that “The City of Boston engaged in a pilot program with IBM, testing situational awareness software for two events hosted on City Hall Plaza: Boston Calling in May 2013, and Boston Calling in September 2013. The purpose of the pilot was to evaluate software that could make it easier for the City to host large, public events, looking at challenges such as permitting, basic services, crowd and traffic management, public safety, and citizen engagement through social media and other channels. These were technology demonstrations utilizing pre-existing hardware (cameras) and data storage systems.”

Norton went on to say that “The City of Boston did not pursue long-term use of this software or enter into a contract to utilize this software on a permanent basis.” The reason? According to Norton: “From the City’s perspective, we have not seen a clear use case for this software that held practical value for the City’s public safety needs. [Boston officials] are still exploring options for situational awareness software, but we lack a policy guiding use of this software because we do not have any in place at this time. There are a number of challenges presented by using this type of software, including, but not limited to, infrastructure support as well as legal and privacy concerns.”

Alex Marthews, of Digital Fourth, believes that this technology could be used to “capture anybody’s image and process it for law enforcement purposes just in case they later turn out to be guilty of something.”

The testing of this technology was a pilot for IBM’s “Smart Cities Initiative”, which plans for widespread and permanent implementation throughout the country.

View the propaganda video for the “Smart Cities Initiative” below: