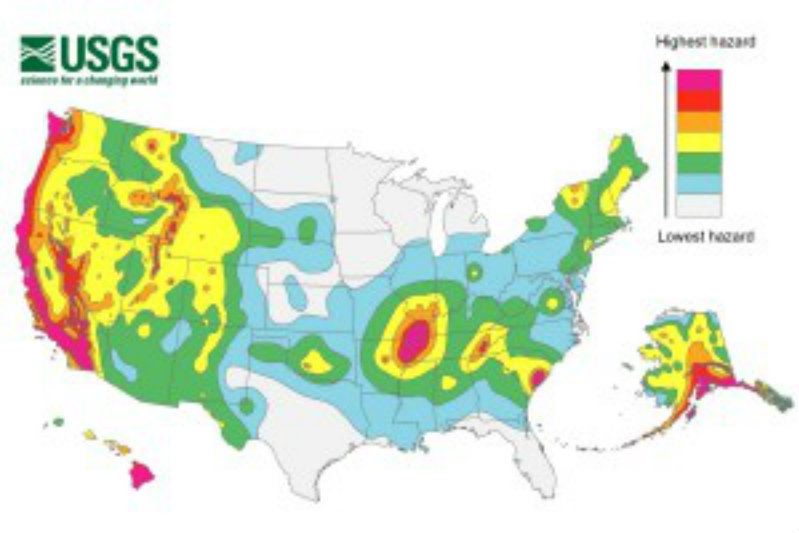 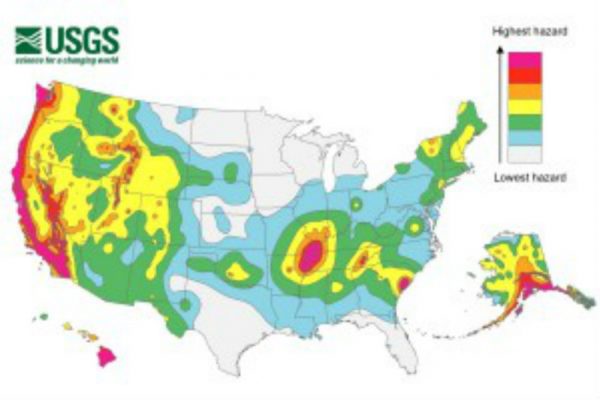 Did you know that the number of big earthquakes during the first three months of 2014 was more than double the yearly average of what we have experienced since 1979? And did you know that the number of earthquakes in the central and eastern U.S. has quintupled in recent years?  If you do not believe this, just keep reading.  We live at a time when earthquakes are increasing in frequency and severity.  And we are starting to see some very unusual activity in places that have been quiet for a very long time.  For example, large holes are starting to mysteriously appear in Indiana near the New Madrid fault zone.  And a giant crack in the ground nearly a kilometer long has appeared in northern Mexico.  Could these be indications that even greater earthquake activity is on the way?

Most Americans don’t realize that the greatest earthquakes in U.S. history happened along the New Madrid fault zone.  Back during the early part of the 19th century, a series of immensely powerful earthquakes rattled the entire eastern half of the nation.  Documents that we have from that era say that those earthquakes were so powerful that they were felt more than 1,000 miles away.  And there are many that believe that if we had a similar earthquake today that the damage caused would almost be incalculable.

That is why what has been happening in Indiana is so alarming.  According to reports, half a dozen mystery holes have been discovered on Mount Baldy…

More than a year after a 6-year-old boy was almost buried alive in a popular sand dune, more holes are appearingand scientists still aren’t sure why. The 126 foot sand dune, called Mount Baldy, in Indiana, remains closed as new potentially dangerous holes are appearing. Three geologists arrived last week with high tech equipment in the hope of using radio waves and core samples to see if they can determine what’s causing the holes. Their plan? To eventually build a three dimensional map of the dune to try and see it’s internal structure.

So what should we think about all of this?

Most Americans never even give the New Madrid fault a second thought, but the federal government considered it important enough to hold a major five day simulation known as “National Level Exercise 11″ just a few years ago…

In May, the federal government simulated an earthquake so massive, it killed 100,000 Midwesterners instantly, and forced more than 7 million people out of their homes. At the time, National Level Exercise 11 went largely unnoticed; the scenario seemed too far-fetched — states like Illinois and Missouri are in the middle of a tectonic plate, not at the edge of one. A major quake happens there once every several generations.

National Level Exercise 11, or NLE 11, was, in essence, a replay of a disaster that happened 200 years earlier. On Dec. 16, 1811, a magnitude 7.7 earthquake hit the New Madrid fault line, which lies on the border region of Illinois, Indiana, Missouri, Arkansas, Kentucky, Tennessee and Mississippi. It’s by far the largest earthquake ever to strike the United States east of the Rockies. Up to 129,000 square kilometers [50,000 square miles] were hit with “raised or sunken lands, fissures, sinks, sand blows, and large landslides,” according to the U.S. Geological Service. “Huge waves on the Mississippi River overwhelmed many boats and washed others high onto the shore. High banks caved and collapsed into the river; sand bars and points of islands gave way; whole islands disappeared.” People as far away as New York City were awakened by the shaking.

More quakes, of a similar size, followed. But the loss of life was minimal: Not too many people lived in the area at the time. Today, there are more than 15 million people living in the quake zone. If a similar quake hit, “7.2 million people could be displaced, with 2 million seeking temporary shelter” in the first three days, FEMA Associate Adminsitrator William Carwile told a Congressional panel in 2010. “Direct economic losses for the eight states could total nearly $300 billion, while indirect losses at least twice that amount.”

And officials at the U.S. Geological Survey recently released a report that stated that the New Madrid fault zone has the “potential for larger and more powerful quakes than previously thought“.

That certainly sounds quite chilling.

In addition, retail powerhouse Wal-Mart is so concerned about the potential for a major quake that it “participated in an exercise to prepare for an earthquake on the New Madrid fault line” earlier this year…

Walmart Stores Inc., with its huge network of stores and facilities, has also taken note. “We are seeing increased earthquake activity in the central U.S. That is an area we are focusing on even more,” said Mark Cooper, senior director of emergency management at Walmart, in an interview. He explained that Walmart takes an “all-hazard” approach to emergency preparedness, but focuses on specific risks in areas of the country where those risks are particularly relevant, such as hurricanes in Louisiana. “A few weeks ago, we participated in an exercise to prepare for an earthquake on the New Madrid fault line,” he said.

You can read much more about all of this in my previous article entitled “Why Is Wal-Mart Preparing For A Major Earthquake On The New Madrid Fault?”

But the New Madrid fault zone is certainly not the only area to be keeping an eye on.

Down in north Mexico, a giant crack in the ground about a kilometer long has recently appeared.  It is estimated to be approximately 16 feet across and 8 feet deep.  You can view some stunning aerial footage of this giant crack in the Earth right here…

Some believe that an earthquake along the San Andreas Fault may be to blame for this giant fissure.

Others believe that it is being caused by an underground stream.

While footage of giant cracks in the Earth such as you have just seen can be quite spectacular, what is far more alarming to me personally are the cold, hard earthquake numbers.

For example, as I mentioned above, the number of big earthquakes that we have seen this year has been far higher than usual.  The following is from a recent CBS News report…

If you think there have been more earthquakes than usual this year, you’re right. A new study finds there were more than twice as many big earthquakes in the first quarter of 2014 as compared with the average since 1979.

And this is not something that has just started happening.  As that same article explained, this is all part of a much longer trend…

In particular, things really seem to be heating up in the middle portion of the United States.  As I mentioned at the start of this article, the frequency of earthquakes in the central and eastern parts of the nation has quintupled over the past 30 years…

What we are watching happen is truly unprecedented.  Oklahoma alone has experienced more than 2,300 earthquakes so far this year.  Scientists don’t really know what to make of this alarming increase in seismic activity.

Could all of this be leading up to something really big?

And what will things look like if we do get hit by a magnitude 8 or a magnitude 9 earthquake in a very heavily populated area?