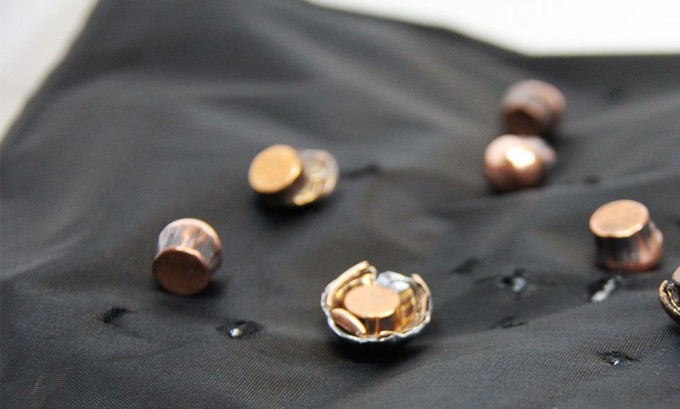 A new law that has been introduced in the U.S. House of Representatives “would prohibit the sale, transfer or possession of military-level body armor by civilians“.  In other words, private citizens all over the entire nation would be permanently banned from owning body armor if this bill gets passed and signed into law. The bill that I am talking about is H.R. 5344 (The Responsible Body Armor Possession Act), and you can view the proposed legislation for yourself right here.  The driving force behind this new law is Democrat Mike Honda from California.  To Honda, it doesn’t matter that large numbers of very responsible Americans have purchased body armor to protect themselves and their families in a society that is rapidly decaying.  Instead, it makes perfect sense to Honda to ban body armor because “access to military-grade body armor emboldens criminals and mass shooters to act.”  And Honda wants to make possession of body armor a criminal offense with a penalty of up to 10 years in prison.  This is absolutely crazy, and it is yet another example of the “police state mentality” that is so prevalent among our politicians these days.

When I first learned about this new law, I could hardly believe it.  But it is actually true.  The following is an excerpt from a news story about the introduction of this new bill…

Rep. Mike Honda, D-San Jose, has announced legislation that would block civilians from accessing military-grade body armor to prevent criminals from using them in gun battles with law enforcement.

Honda, speaking at a news conference in San Jose Wednesday morning with police chiefs and the district attorneys and sheriffs from Santa Clara and Alameda counties, said his proposal would discourage criminals from wearing enhanced body armor to commit mass shootings.

“This bill will keep military body armor out of the wrong hands,” Honda said. “It would ensure that only law enforcement, firefighters and other first responders would be able to access enhanced body armor.”

Fortunately, it is incredibly tough to get just about anything accomplished in Congress these days, so the odds of this bill ever becoming law are probably pretty low.

But without a doubt those that are attempting to systematically disarm the American people will just keep on trying.

By the late 1920s, Joseph Stalin became the unchallenged leader of the Soviet Union after having eliminated his opposition.

He topped it off in 1929 by serving a decisive blow to anyone that would dare to oppose him by outlawing private gun ownership in the country.

From that year on until 1953 when Stalin died, it’s estimated that more than 20 million Soviet citizens that were seen as a threat to the country’s leadership.

Many Americans are tempted to believe that it is impossible for that kind of tyranny to happen in our day and age, but the truth of the matter is that America is becoming more like Nazi Germany with each passing day.

For example, the “Department of Homeland Security” recently raided dozens of families all over the nation because they “imported unsafe vehicles“…

Jennifer Brinkley of North Carolina says when saw a line of law enforcement vehicles coming up her driveway earlier this month she didn’t know what to think. “I haven’t done anything wrong.”

According to WBTV, the Homeland Security agents were not there to take her away, they were looking for illegally imported Land Rover Defenders.

It was a task government officials were performing in several states in early July. Forums on defendersource.com contain posts from Defender owners claiming their vehicles were seized by the government.

All vehicles coming into the United States must meet U.S. safety and emissions standards. Many British manufactured Land Rover Defenders do not.

Why in the world are armed Homeland Security agents roaming the countryside hunting down vehicles that don’t conform to federal regulations?

That is absolutely absurd.

But this is the kind of society that we now live in.

In a recent article, John W. Whitehead shared some more examples of how our control freak bureaucrats are ruining our society…

Debra Harrell, a 46-year-old South Carolina working mother, was arrested, charged with abandonment and had her child placed in state custody after allowing the 9-year-old to spend unsupervised time at a neighborhood playground while the mom worked a shift at McDonald’s. Mind you, the child asked to play outside, was given a cell phone in case she needed to reach someone, and the park—a stone’s throw from the mom’s place of work—was overrun with kids enjoying its swings, splash pad, and shade.

A Connecticut mother was charged with leaving her 11-year-old daughter in the car unsupervised while she ran inside a store—despite the fact that the child asked to stay in the car and was not overheated or in distress. A few states away, a New Jersey man was arrested and charged with endangering the welfare of his children after leaving them in a car parked in a police station parking lot, windows rolled down, while he ran inside to pay a ticket.

A Virginia teenager was charged with violating the state’s sexting law after exchanging sexually provocative videos with his girlfriend. Instead of insisting that the matter be dealt with as a matter of parental concern, police charged the boy with manufacturing and distributing child pornography and issued a search warrant to “medically induce an erection” in the 17-year-old boy in order to photograph his erect penis and compare it to the images sent in the sexting exchange.  The police had already taken an initial photograph of the boy’s penis against his will, upon his arrest.

In Georgia, a toddler had his face severely burned when a flash bang grenade, launched by a SWAT team during the course of a no-knock warrant, landed in his portable crib, detonating on his pillow. Also in Georgia, a police officer shot and killed a 17-year-old boy who answered the door, reportedly with a Nintendo Wii controller in his hands. The cop claimed the teenager pointed a gun at her, thereby justifying the use of deadly force. Then there was the incident wherein a police officer, responding to a complaint that some children were “chopping off tree limbs” creating “tripping hazards,” pulled a gun on a group of 11-year-old boys who were playing in a wooded area, attempting to build a tree fort.

For many more examples like this, please see my previous article entitled “30 Signs That America Is Being Transformed Into A ‘Big Brother’ Police State“.

The United States was supposed to be a beacon of liberty and freedom for the entire globe.

Instead, we are going to end up looking just like North Korea eventually if we are not careful.

Our freedoms and liberties are being eroded a little bit more with each passing day.  And if the American people don’t start standing up and objecting to all of this craziness, the control freaks are going to feel empowered to keep on pushing the envelope even further.