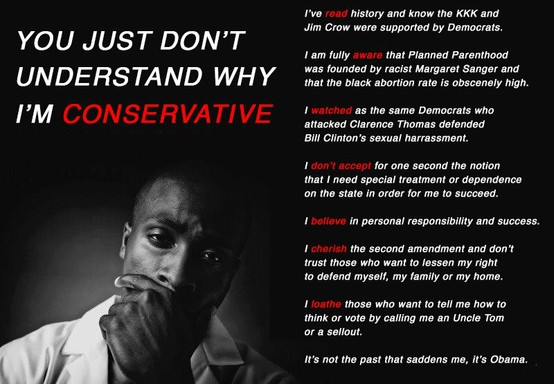 Do you know who was the biggest supporter and promoter of slavery in America?

Do you know who was so outraged by the abolition of slavery in this country that they formed the Ku Klux Klan and participated in countless murders, beatings, and lynchings?

Do you know who is responsible for undermining the black father and removing him from the home, thus creating an endless cycle of crime and poverty within the black community?

Do you know who is most responsible for promoting abortion among black mothers?

Do you know who has the most to gain by maintaining an underclass of black Americans and preventing them from attaining financial independence?

Do you know who is most adamant about judging people by their skin color rather than their character?

Do you know who is the biggest promoter of division among the races today?

The answer to all of these questions is… the Democratic Party.

Mike’s post first appeared at Fellowship of the Minds.

Editor’s Note: Every word that Mike wrote in this post is the truth. However, I don’t like to print things without some sort of citation if it can be avoided. If a black liberal were to read this, they might simply brush it off as propaganda. So let me provide at least a few links below as reference. If you start to study this in depth you will find that it is not the Republicans who have been working against minorities all of these years. As Mike has clearly noted, it is the Democrats.

I am a conservative but not a Republican. I think I should point that out because I could make a dirty laundry list a mile long for both parties. However, on the issue of racial justice it really is not the Republicans who have been at fault all of these years. That is what you are told but it is not the truth.

These were just a few examples. There are many more. Do your own research. Don’t accept anyone else’s truth when you can discover your own. -Dean Garrison