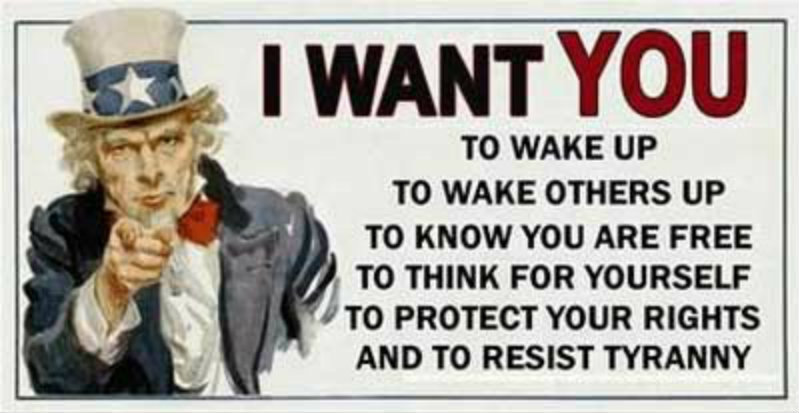 “The best way to control the opposition is to lead it ourselves.” 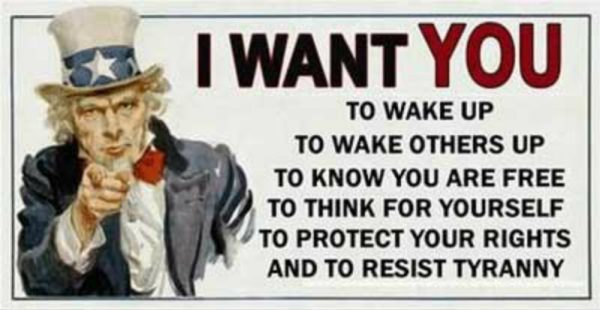 We have found, again, in the center of Ferguson, Missouri, that provocateurs have been sent in to stir up domestic insurrection.

There have been numerous reports that there are infiltrators in the middle of many of the protests, and we have seen the police stand down against actual lawbreakers while at the same time throwing flash-bang grenades, firing tear gas and rubber bullets at peaceful protesters.

“They gonna have people standing outside that’s paid,” he continued.

“They gonna walk up to bums, paying ’em hundreds of dollars to stand and hold a sign to say ‘Free my people’ or ‘No fighting’ or ‘No shooting.’

It seems as if no matter how many times one tries to wake the American people up to who are conspiring against us, there are always going to be some people who will take a step back – namely, the cowards who walk contrary to their own professed beliefs. Conservatives today do not want to stand up for the truth they profess to hold on to. They love their freedom so much that they are not willing to fight for it. They simply hold the truth in unrighteousness (Romans 1:18). God forbid someone might call them names for standing up. Also, more than not you will see these cowards fraternize and side with the enemies they profess to stand against.

I wrote a column called “Mass shootings: Who started the ‘fires’?” in which I mentioned a conservative (by name only, of course) that said, “Idiots like Bradlee Dean are the reason the GOP is going to be losing election after election. His paranoid rantings become tomorrow’s talking points on Fix News and then low-information haters take to the Internet to repeat what they read.” He went on to say, “The further right these traitors turn the less relevant they become.”

Let me ask you, friends, what is it that needs to happen before Americans figure out who is responsible for the crimes committed against We the People? Even going back to the ’60s during the civil rights marches, we now know that it was J. Edgar Hoover (director of the FBI) who was responsible for sending provocateurs into the marches to disrupt Martin Luther King Jr.’s efforts of bringing forth lawful change. We also know that J. Edgar Hoover was responsible for the media smear campaigns against Dr. King and his movement. When it was happening no one believed it except those who were enduring the criminal harassment of the FBI.

We also know, for example, that “terrorism” always works for government. When a national crisis takes place the government asks you to give up your rights. Why? Well, let’s ask a former dictator:

Condoleezza Rice said of Josef Stalin, “The system of terror was essential to Stalinism. … Terror was the creation to mold politically the control that they wanted.”

The conservative that commented on my column strains at the gnat while he swallows the camel because he refuses to see the truth. (I am highlighting the squeaky wheel here; 99 percent of the responses were in agreement with what I had written.)

History is correct in what it teaches if we are willing to learn from it.

For example, when we look at the history of tyrants, with their methodologies and their systematic tear down of governments (out with the old in with the new), people seem to believe that it could happen back then, but not in the present! How foolish can a people be? History repeats itself because people don’t learn from the past (Jeremiah 6:16).

Look at the hate and division being perpetrated against America by this criminal administration and its organized minions.

Vladimir Lenin, first leader of the Soviet Union, said, “We can and must write in a language which sows among the masses hate, revulsion and scorn toward those who disagree with us.” Does this ring true of our administration today?

Lenin’s quote explains this administration to a “T”; they lie daily, steal, murder and play the race card, which all stems from hate. From sending forth the IRS to attack its opposition to the Department of Justice encouraging insurrection through the likes of Al Sharpton and Jessie Jackson, from atheist organizations to homosexual organizations, all of this through totalitarian methods. They even take it so far as to call those who side with the laws of our republic (Article IV, Section 4, of the U.S. Constitution) “haters.”

I could go on and on concerning these criminals simply by observing the laws of the land: the Bible and the Constitution. You can always detect a crooked stick by laying a straight stick next to it.

So, America, if you are going to let them control the opposition by leading it, then just simply close your eyes and say goodbye to your freedoms!

Our solution is to secure the American populace by educating, by equipping and thereby empowering.