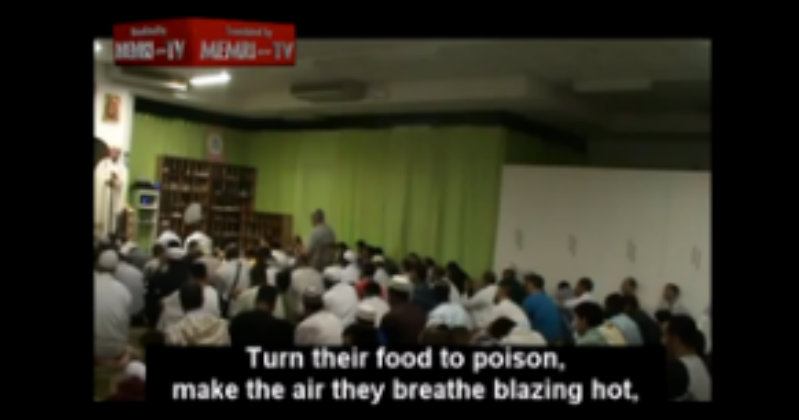 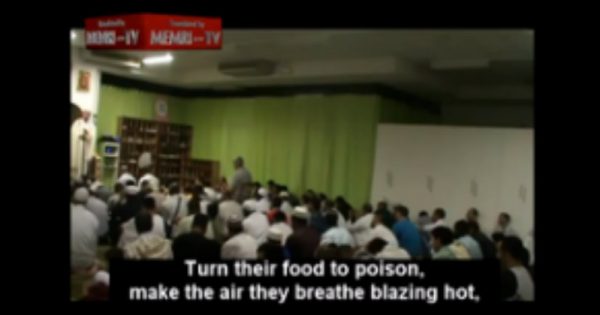 An imam in Italy named Abd al-Barr al-Rawdhi, made a speech inciting violence against Jews, and the Italian government determined that he was a danger to society and that he will be deported. His remarks can be heard in a film of his speech at the end of this article.

“What is happening in Gaza indicates that it is a delusion to think that Palestine can contain the Jews as well as its people. Palestine cannot contain the Muslims and the Jews…The Jews should not be in Palestine and they will not remain there. Any Jew living in Palestine is an illegitimate occupier… He is a target of Jihad, and will end up in the garbage bin of history. … The Jews will not thrive and will not live in safety because they are the slayers of the prophets…Wherever the Jews thrive, corruption abounds.”

“It’s unacceptable to deliver a speech of clear anti-Semitic tenor, containing explicit incitement to religious violence and hate… For this reason, I have ordered his immediate expulsion from [Italian] national territory. My decision serves as a warning to all those who think that Italy is a place to preach hatred.”

Good for Italy. We have of imams in America teaching this sort of wickedness, but are instead plagued by the disease of religious tolerance. The Italian government, alongside the Vatican, were the ones who negotiated the release of Mariam Ibrahim, a former Muslim who converted to Christianity and who was about to be executed by the North Sudanese government. One day, God willing, Italy will be at the forefront in the war against Islam.