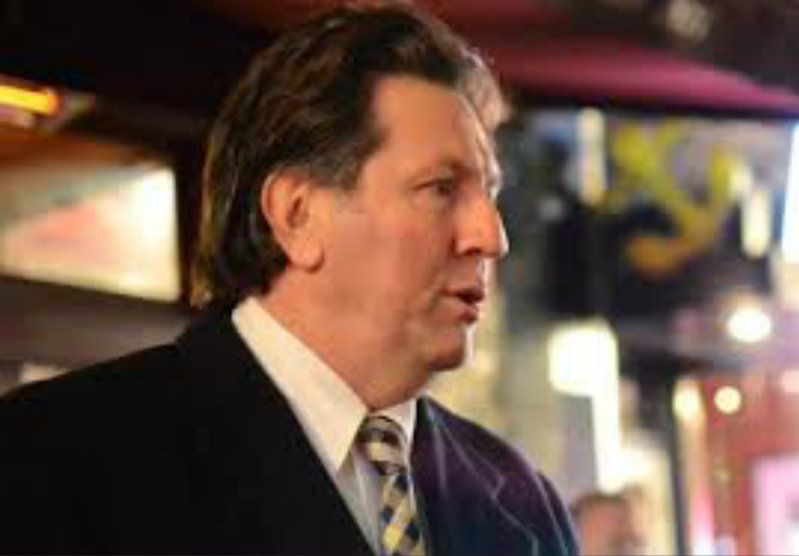 Joe Visconti has faced an uphill battle in his attempt to become the next Governor of Connecticut. But with the help of some 1000 volunteers he has now officially qualified for the November ballot. He has secured the 7500 signatures that were needed and now the Tea Party favorite is pledging to wage war on Connecticut’s unconstitutional gun laws.

Before he can do that he must overcome the odds once again and defeat incumbent Dannel Malloy and Republican challenger Tom Foley in the general election to be held this November.

A wild card was thrown into the governor’s race Wednesday, when it was announced Joe Visconti had qualified as a gubernatorial candidate.Visconti, who advertises himself as the only true pro-Second Amendment candidate, and is vehemently anti-Common Core, successfully gathered 7,500 eligible signatures, qualifying the former West Hartford councilman for the fall governor’s election, according to the Connecticut Secretary of the State’s Office.Until now, the race was largely shaping up to be a rematch of 2010 as GOP nominee Tom Foley again faces now-incumbent Gov. Dannel P. Malloy.

Visconti [said] it was his one thousand volunteers around the state that helped him get the signatures needed to make the ballot this week. He proudly says he is a ‘Tea Party Republican’ and that he was one of the Tea Party’s original organizers.

“We were right, we were ahead of the curve and a lot of people thought we were ‘out there’, being crazy but the reality is; we see what’s happened with the Constitution, with the president, and the Constitution basically is just being disregarded,” he said.

He says the gun control law signed by Governor Malloy in the aftermath of the shootings at Sandy Hook was an over reaction and unlike Republican Tom Foley, who says he doesnt’ like the law but won’t seek to overturn it, Visconti says he will.

“I will put a bill of repeal on two issues — the magazine limitation right off the bat, and try to ‘horse trade’ with the Democrats.”

The other issue Visconti is adamant about is the Common Core education reforms. Like Tom Foley and Jonathan Pelto, who is also seeking a spot on the ballot this fall, Visconti wants only local control on education decisions. “Anything that tests and puts computers and software and standarized tests, mandated by the government, between the teacher and the child, I just think that’s too far,” says the petitioning candidate.

Connecticut gun owners are certainly looking for a solution like Joe Visconti. You probably remember the accounts of civil disobedience in Connecticut as tens of thousands of gun owners refused to register their firearms and magazines.

You might also remember the controversy surrounding the Republican Convention for Governor, when Republican Tom Foley basically screwed the gun owners of the state. Tim Brown reported in May:

Palin Smith has contributed many necessary videos documenting the fiasco that is going on in Connecticut. In this latest one, a delegate to the convention said that Tom Foley talks a good game, but it was his actions that were disturbing.

“I thought I was coming up here as a delegate to the Republican convention to support Republican values,” Alan Shaw of the Republican Town Committee of Stamford told Smith. “Instead, what I find out is that when you… after being told ‘well, you have to vote as a bloc. We’re all supporting this guy.’ Then in strategy, all of a sudden, ‘oh you have to switch your vote because we have to switch to this other guy.’”

“McKinney is the epitome of a gun grabber,” Shaw said. “I don’t think he ever was Republican.”

Shaw is a Joe Visconti supporter, though he didn’t think that Tom Foley was a bad candidate, and he assumed that Foley would be the frontrunner since he is a big GOP guy. So what happened?

According to Shaw, there were whispers started in the second part of voting, in which voters can switch their previous vote before the closing. However, the people that headed the Foley campaign told voters from Stamford and Westport to vote for McKinney because Foley had enough votes in the first part of the vote. According to accounts, this was in order for Foley not to have to go head to head with former Danbury mayor Mark Boughton, who was formerly with Michael Bloomberg’s Mayors Against Illegal Guns organization. Palin and Visconti both told Freedom Outpost that they believe Foley’s strategy was to split the votes between McKinney and Boughton.

In doing so, however, Visconti said that Foley “betrayed us.”

“We wanted McKinney finished,” Visconti said. “But Tom gave political life to a gun grabber. Foley could have helped us, but chose to help the man who voted for the gun grab bill instead.”

When the dust cleared, Visconti had become a dark horse candidate who seemed doubtful to even make the November ballot.

But through determination, and lots of teamwork, Joe Visconti is still in the running to be the next Governor of Connecticut.

It’s time to dump all support for Foley, a man who says one thing and does another, and support a man who will fight for 2nd Amendment rights. It will be an uphill battle to defeat Malloy, especially since Visconti and Foley will surely split the conservative vote. So I am urging the people of Connecticut to get in the game and fight for freedom. Do not assume that you are defeated before you start. A recent MSNBC poll shockingly revealed that almost 90% of people support constitutional carry. Yes, you read that correctly. Highlight Visconti as a man for gun rights and you might be surprised who comes around.

This is not a liberal v. conservative issue. If you believe it is then you simply watch too much mainstream news.

This is an American issue and people are passionate about the right to bear arms. Even if you do not live in Connecticut, sharing this article might eventually put it in front of someone who will make a difference.

Stand for freedom. If the second amendment falls then we have nothing left in this country.