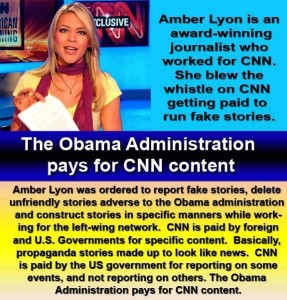 Then it was axed, removed, deleted. CNN printed the usual tired explanation. The iReport had been “flagged.” It was “in violation of iReport’s policy.” Translation: Lots of people cared about the report, wanted to read it, it was getting more action than a great deal of what CNN calls news—and it implied something was wrong in the Holy Temple of the Vaccine. So CNN axed it. It’s gone.

CNN claims that when an iReport goes “virish,” they then “vet” the report to make sure it’s accurate.

Look around and see if you can find examples where this has taken place. So far, I don’t see any—except for Bobby Dee’s report.

Here is what Bobby Dee posted on CNN’s iReport, before it was taken down:

“William W Thompson, PhD, Senior Scientist, National Center of Birth Defects and Development Disabilities, has stepped forward and admitted the 2004 paper [which found no link between the MMR vaccine and autism] was a fraud.

“Dr. Thompson has admitted the 340% increase [in autism] in boys receiving the MMR vaccine ‘on time’ as opposed to delayed was buried by himself, Dr. DeStefano, Dr. Bhasin, Dr. Yeargin-Allsopp, and Dr. Boyle [all co-authors of the 2004 paper]…”

CNN makes up the news as it goes along and as it receives marching orders from its “reliable sources,” but a citizen with actual news must be stopped. An editor at CNN told Bobby Dee she would contact Brian Hooker, who played a central role in bringing whistleblower Thompson’s confession forward to the public—but so far, she hasn’t. CNN: the most trusted name in twisted information.

CNN headquarters are right down the street in Atlanta from the CDC, where the MMR vaccine data were cooked, stepped on, and buried. I guess it’s just too much trouble for a reporter or editor to hop in a cab and go over there and ask a few tough questions. Well, there are really no questions to ask, are there? CNN and the CDC are the “already asked and answered” dancing twins, who can read each other’s minds. Vaccines? Never met one they didn’t love. Adverse effects? Damage? Never heard of such a thing. “What do you want to be when you grow up, Jimmy?” “I want to be a mouthpiece for the vaccine cartel, Daddy.” “That’s wonderful, son. Try CNN.” The author of three explosive collections, THE MATRIX REVEALED, EXIT FROM THE MATRIX, and POWER OUTSIDE THE MATRIX, Jon was a candidate for a US Congressional seat in the 29th District of California. He maintains a consulting practice for private clients, the purpose of which is the expansion of personal creative power. Nominated for a Pulitzer Prize, he has worked as an investigative reporter for 30 years, writing articles on politics, medicine, and health for CBS Healthwatch, LA Weekly, Spin Magazine, Stern, and other newspapers and magazines in the US and Europe. Jon has delivered lectures and seminars on global politics, health, logic, and creative power to audiences around the world. You can sign up for his free emails at www.nomorefakenews.com