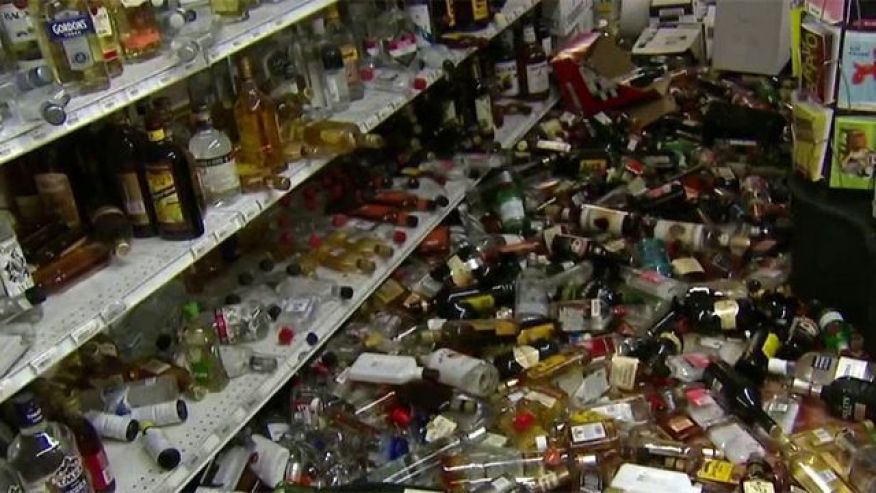 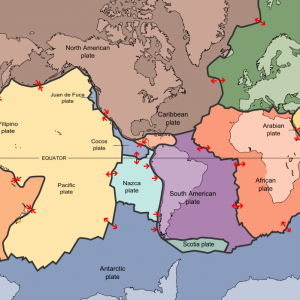 If you thought that the earthquake that struck northern California on Sunday was something, just wait until you see what is coming in the years ahead.  As you will read about below, we live at a time when earthquake activity is dramatically increasing.  This is especially true of the “Ring of Fire” which runs roughly along the outer perimeter of the Pacific Ocean.  Approximately 81 percent of all big earthquakes occur along the Ring of Fire, and the entire west coast of the United States falls within the danger zone.  Over the past few years, we have seen huge earthquake after huge earthquake strike various areas along the Ring of Fire, but up until now the California coastline has mostly been spared.  However, there are indications that this may be about to change in a big way.

Early on Sunday, a 6.1 magnitude earthquake struck the heart of wine country.  It was the largest earthquake to hit northern California in 25 years.  More than 120 people were injured, scores of buildings were damaged and Governor Jerry Brown declared a state of emergency.

It is being projected that the economic loss from this earthquake will exceed a billion dollars.  Since the initial quake, there have been more than 60 aftershocks, and residents are very much hoping that the worst is over.  The following is how the damage caused by the earthquake was described by CNN…

“Everything and everyone in Napa was affected by the quake. My house, along with everybody else’s, is a disaster. It looks like somebody broke in and ravaged the place, room by room.” said CNN iReporter Malissa Koven, who was awakened by the shaking at about 3:20 a.m.

“Anything and everything that could fall, did,” she said.

The damage in Napa is “fairly significant,” said Glenn Pomeroy, the CEO of the California Earthquake Authority, who surveyed the area Sunday afternoon.

“The downtown area is hardest hit, probably because of the age of construction down there,” Pomeroy said. In the residential areas, he is “seeing a lot of chimneys that’ve come crashing down.”

The Richter magnitude scale (also Richter scale) assigns a magnitude number to quantify the energy released by an earthquake. The Richter scale is abase-10 logarithmic scale, which defines magnitude as the logarithm of the ratio of theamplitude of the seismic waves to an arbitrary, minor amplitude.

And the earthquake that happened on Sunday would not even be worth comparing to an 8.0 or a 9.0 quake.  In fact, one study concluded that a 9.0 magnitude earthquake along the Cascadia fault could potentially produce a giant tsunami that would “wash away coastal towns”…

And when we think about “the Big One” hitting California, most of the time we think about southern California.  The most famous fault line in southern California is the San Andreas fault, but the truth is that many experts are far more concerned about the Puente Hills fault line.  According to one seismologist, that is the fault that would be most likely to “eat L.A.” and cause hundreds of billions of dollars in economic damage…

Video simulations of a rupture on the Puente Hills fault system show how energy from a quake could erupt and be funneled toward L.A.’s densest neighborhoods, with the strongest waves rippling to the west and south across the Los Angeles Basin.

According to estimates by the USGS and Southern California Earthquake Center, a massive quake on the Puente Hills fault could kill from 3,000 to 18,000 people and cause up to $250 billion in damage. Under this worst-case scenario, people in as many as three-quarters of a million households would be left homeless.

So don’t get too excited about what happened on Sunday.  Scientists assure us that it is only a matter of time before “the Big One” hits California.

As I mentioned above, we have moved into a time when seismic activity is steadily rising.  It has gotten to the point where even the mainstream media cannot ignore it anymore.  For example, just check out the following excerpt from a recent CBS News report…

Something is happening that scientists don’t understand, and that is a little scary.

As I wrote about the other day, earthquake activity seems to particularly be increasing in the United States.  While the west has been relatively quiet, the number of earthquakes in the central and eastern portions of the nation has quintupled over the past 30 years…

What in the world could be causing this to happen?

Oklahoma, which used to rarely ever have significant earthquakes, has experienced over 2,300 earthquakes so far in 2014.

That is absolutely staggering.

And of course volcanic activity has been rising all over the planet as well.  In 2013, the number of eruptions around the globe set a new all-time high, and right now persistent rumbling under Iceland’s Bardarbunga volcano has much of Europe on alert…

For more than a week the earth has been rumbling beneath Iceland’s looming Bardarbunga volcano. The almost continuous small earthquakes led the government to activate its National Crisis Coordination Centre this week and block off access to the largely uninhabited region around the Bardarbunga caldera.

Major airlines are making contingency plans for a potential eruption that could throw dust into the atmosphere and disrupt flight paths between North America and Europe.

Some scientists are saying that if that volcano erupts, it “could trigger Britain’s coldest winter ever“.

All over the world seismic activity is on the rise.

That means that the shaking in California (and in much of the rest of the world) may soon get a whole lot worse.

So what do you think is causing all of this?  Please share what you think by posting a comment below…