These devout Muslim groups from Europe, Asia, the Middle East, Canada and even the US  tell us every which way from Sunday that they mean to raise their armies of Muhammad to destroy and conquer nation states in order to impose Islam on the whole of the world.

And many of these Islamic groups are succeeding. The question, what’s it going to take for the political and media elites to believe them?

“U.K Spokesman For Hizb ut-Tahrir Calls For Muslim Armies To Rise Against Their Governments,” MEMRI

In a July 25, 2014 Friday sermon, Taji Mustafa, head of the media for the U.K. chapter of Hizb ut-Tahrir, called upon the Muslim armies to take action. “You need to contact everybody you know in the army of the Muslims” and “open their eyes,” he said. They must be urged to “to remove these chains and disobey [their] rulers.” 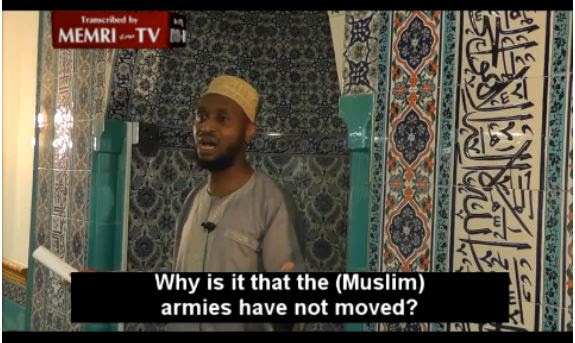 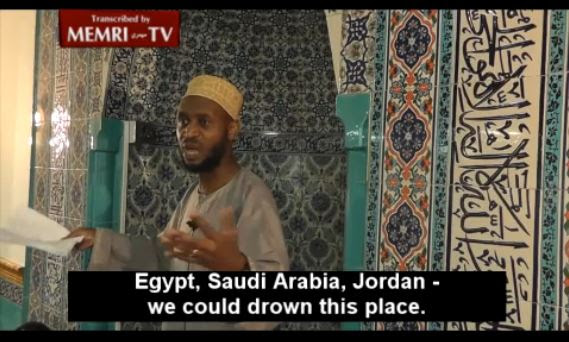 Egypt, Saudi Arabia, Jordan – we could drown this place. But what we have today is rulers who have abandoned the Quran.

“The solution is clear: that Muslims have armies, and these armies should move. What we have today are rulers who prevent the armies of this nation from moving.

“I speak to brothers from Egypt, from Sudan, from Saudi Arabia, and from Pakistan, and they all say to me: “Oh, my uncle is a colonel in the army.” “Oh, my brother-in-law is an admiral in the navy.” This is the army of the Islamic nation?! These are our relatives.

“How is it that they agree to be chained? They need to remove these chains and disobey these rulers.”