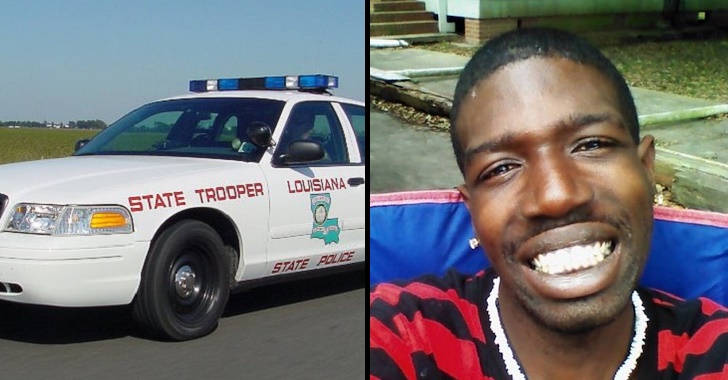 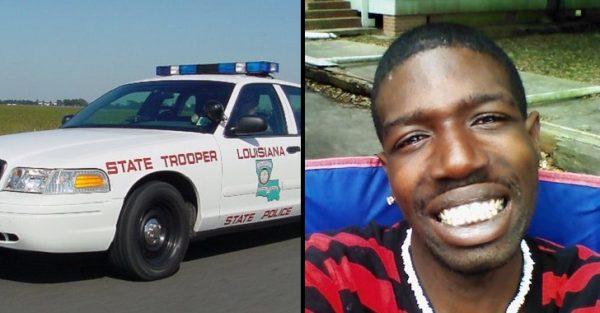 The original story from Iberia Parish was that 22-year-old Victor White III was apparently unable to cope with the thought of a simple possession charge, pulled a handgun from somewhere while handcuffed in the backseat of a patrol car, and shot himself in the back while the Deputy had conveniently left him unattended.

On its face, this story is utterly absurd. Now the coroner has released the autopsy which states that White wasn’t shot in the back. He was shot in the chest from the right side, but missed his right lung, and the round exited the left side of his body after perforating his left lung. The bullet, after exiting the torso, injured White’s left arm. This places the weapon slightly to the front of White and put the bullet on a path that runs parallel to the ground.

So to combine these stories with a quick recap, a church-going man arrested for a relatively minor charge managed to will a firearm into existence out of thin air while sitting in the back of a patrol car. Then in a feat that would make Stretch Armstrong jealous, he managed to shoot himself in the chest despite the fact that his hands were cuffed behind his back and he was seated within the tight confines of the rear of the patrol car.

Not the abdomen, the chest. That’s the upper part of the front torso. To add insult to improbability, the coroner ruled the death a suicide.

The glaring holes in the story go far beyond the fact that what was described is a physical impossibility. Seriously, buy some toy handcuffs and try it. Even given free range of motion outside a police car, attempt to pull your arms up high enough to shoot yourself in the chest. Then remember that you have to find a way to keep the round on a trajectory parallel to the ground. I’ll give a cookie to anybody that can send me a video of how this is done.

The Deputy said he left White unattended because he became uncooperative and wouldn’t exit the vehicle, so the Deputy ran to get help. Even in Louisiana, cops have radios to call for backup. It’s unlikely that a cop would run away and leave a belligerent suspect alone in a car. More importantly, when in the history of law enforcement has a cop armed with a utility belt of weapons that would make Batman proud been unable to subdue a handcuffed man that is already in the back of a patrol car?

This story cannot be allowed to be sold to the people of Louisiana or to White’s family.

Don’t worry though, the Louisiana State Police that allowed this impossible story to be fed to the press to begin with are investigating their fellow cops. It’s Louisiana, justice will certainly be done. It’s not like it’s a state so rampant with corruption, police murderers, and cover-ups that voters have to typically wait for their favorite politicians to be released from federal prison so they can run for reelection.

The people of Louisiana should understand that without public outcry, what happened to Victor White III will forever remain a mystery.