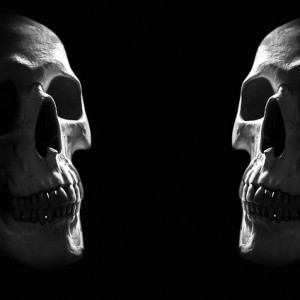 If hundreds of doctors and nurses are becoming infected with Ebola, what chance is the general public going to have?  This is not just a question that many of us are asking.  As you will see below, this is a question that the World Health Organization is asking.  When dozens of health workers started getting Ebola, nobody could explain how it was happening.  More precautions were taken and health workers were even more careful than before.  Then the number of sick health workers rose to 170.  Even more measures were taken to keep doctors and nurses from getting the disease, but now just a couple of weeks later we have learned that a total of 240 health workers have contracted the virus and more than 120 of them have died.  Overall, more than 2,600 people have been infected with Ebola since this outbreak began and more than 1,400 people have died.  This virus continues to spread at an exponential rate, and now we have learned that there are confirmed cases of Ebola in the Democratic Republic of Congo.  When are people in the western world going to wake up and start taking this disease seriously?

The mainstream media has told us over and over again that Ebola “does not spread easily” and that we have nothing to be concerned about in the United States and Europe.

But if that is true, then how in the world have hundreds of doctors and nurses gotten sick?  They go to extraordinary lengths to avoid getting the virus.  The following is from an official World Health Organization statement that was released on Monday…

The outbreak of Ebola virus disease in west Africa is unprecedented in many ways, including the high proportion of doctors, nurses, and other health care workers who have been infected.

To date, more than 240 health care workers have developed the disease in Guinea, Liberia, Nigeria, and Sierra Leone, and more than 120 have died.

During past outbreaks, a few health workers have contracted the virus.  But once the virus was identified and proper safety measures were put into place, “cases among medical staff dropped dramatically”.  Unfortunately, the WHO says that this outbreak is “different” and the virus continues to spread among medical personnel…

In the past, some Ebola outbreaks became visible only after transmission was amplified in a health care setting and doctors and nurses fell ill. However, once the Ebola virus was identified and proper protective measures were put in place, cases among medical staff dropped dramatically.

Moreover, many of the most recent Ebola outbreaks have occurred in remote areas, in a part of Africa that is more familiar with this disease, and with chains of transmission that were easier to track and break.

The current outbreak is different. Capital cities as well as remote rural areas are affected, vastly increasing opportunities for undiagnosed cases to have contact with hospital staff. Neither doctors nor the public are familiar with the disease. Intense fear rules entire villages and cities.

Needless to say, the fact that so many doctors and nurses are getting sick has created a tremendous amount of panic in areas of Africa were Ebola is spreading.  Here is more from the WHO statement…

The fact that so many medical staff have developed the disease increases the level of anxiety: if doctors and nurses are getting infected, what chance does the general public have? In some areas, hospitals are regarded as incubators of infection and are shunned by patients with any kind of ailment, again reducing access to general health care.

The loss of so many doctors and nurses has made it difficult for WHO to secure support from sufficient numbers of foreign medical staff.

I think that the WHO has brought up a legitimate question.

If hundreds of doctors and nurses are getting the virus even after using protective equipment, what chance is the general public going to have?

Of course one of the big problems is the misinformation that is being spread through the mainstream media.  We have been told over and over that Ebola can only be spread “through direct contact with infected body fluids”, but scientific studies have shown that this is simply not accurate.  Dr. Ronald R. Cherry believes that this bad information could be contributing to the spread of Ebola among medical personnel…

We know that airborne transmission of Ebola occurs from pigs to monkeys in experimental settings. We also know that healthcare workers like Dr. Kent Brantly are contracting Ebola in West Africa despite CDC-level barrier protection measures against physical contact with the bodies and body fluids of Ebola victims, so it only makes sense to conclude that some — possibly many — of these doctors, nurses, and ancillary healthcare workers are being infected via airborne transmission. It makes perfect sense that sick humans, as they vomit, have diarrhea, cough, and expectorate sputum, and as medical procedures are performed on them, have the ability to shed infectious Ebola particles into the air at a similar or higher level compared to Sus scrofa (wild boar) in the pig-to-monkey study.

There had been hope that a “miracle drug” known as ZMapp could be used to save the lives of at least some of these doctors and nurses, but there is a problem.  It turns out that some of the people that have gotten this drug have died anyway.  The following is from a news reportabout one of these individuals…

A Liberian doctor treated with experimental American anti-Ebola serum ZMapp has died, a minister in the west African nation said on Monday.

“He was showing signs of progress but he finally died. The government regrets this loss and extends its condolences to the bereaved family,” Brown said.

Meanwhile, Ebola continues to spread.  As I mentioned above, cases of the disease have now been confirmed in Congo.  Not only that, it turns out that two different strains of Ebola were discovered by the medical tests…

So now we have multiple strains of Ebola being spread around out there.

And the truth of the matter is that even the authorities admit that they have absolutely no idea how many people actually have Ebola.  As CNN recently reported, the WHO says that the official numbers “vastly underestimate” the scope of this pandemic…

“The outbreak is expected to continue for some time,”the WHO said in a statement Thursday. “Staff at the outbreak sites see evidence that the numbers of reported cases and deaths vastly underestimate the magnitude of the outbreak.”

We could potentially be on the verge of the greatest health crisis that any of us have ever seen.

But in the western world there is very little concern about this disease right now.  Most people seem to believe that it poses absolutely no threat to those of us living in the United States and Europe.

Hopefully they are right.

But what if they aren’t?