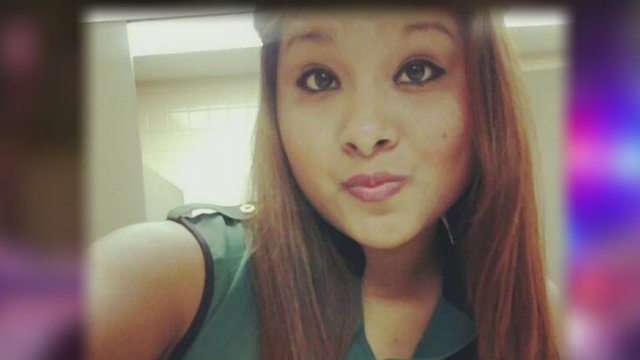 A man, who didn’t fire any shots, is facing first degree murder charges after an innocent woman was killed by a bullet fired by an Orlando police officer.

According to the Orlando police department, three officers were dispatched to the Vixen Bar at 118 South Orange Ave, in Orlando, Fl. on August 19, after getting reports of a gunman making threats.

“I have a gun-wielding maniac,” one of the club’s employees told 911 dispatchers as Roach banged on the door with the pistol just before 1 a.m. “He set it on the bar top and he wielded it many times. I had to throw him out.”

The bouncer, who was unarmed and didn’t have to shoot at anyone, was able to get the belligerent Roach out of the bar.

When officers arrived and confronted the man, first they fired tasers, then they began shooting. According to the New York Daily News, Roach was ordered to drop the weapon, but he refused and the officers shot him with a stun gun. It apparently had little to no effect on him, because it didn’t knock him over and he instead began to raise his arm.

At this point, it’s not clear whether Roach was moving his arm to grab the wired prongs off his chest or point his weapon at the police, but the group of three officers didn’t take any chances.

They opened fire before Roach could attempt a single shot.

Several of the rounds hit Roach, critically wounding him. One of their bullets went through the door of the bar and hit 22-year-old Maria Fernada Godinez, killing her.

“The preliminary indication is that during the situation a bullet was discharged from Officer Eduardo Sanguino’s firearm and fatally struck Maria inside the establishment,” Orlando Police Chief John Mina said. “The Orlando Police Department is committed to a full investigation to understand how this tragedy happened.”

Mina also added that there is no indication that Roach fired any shots. Upon inspection of his weapon it was found to be empty.

In true unaccountable fashion, Orlando police have no idea which officer fired a shot at Lt. Frank Nunez striking him in the leg. Nunez was treated in the hospital and released.

We consulted a Contributing Criminal Defense Attorney to the Free Thought Project, Brandan Davies, for clarification on the ‘legality’ of these charges against Roach as first degree murder seems highly illogical.

The rule of felony murder is a legal doctrine in some common law jurisdictions that broadens the crime of murder in two ways. First, when an offender kills accidentally or without specific intent to kill in the commission of a felony, the offender can be charged with murder. Second, it makes any participant in such a felony criminally liable for any deaths that occur during or in furtherance of that felony.

You don’t have to be the person whom actually pulls the trigger or does the killing.  If someone is killed during the commission of the felony and it is an inherently dangerous felony, the person who committed the underlying felony can be charged with murder.

No one is claiming that Roach wasn’t threatening the lives of others by waving around a gun. However, if a civilian with a concealed carry license, pulled out a pistol and negligently killed an innocent bystander, while trying to shoot a mad man waiving a pistol, they would most assuredly be held responsible for the death of that innocent person, regardless of good intentions.

One could wager that the anti-gun media would even jump on that case as a reason to disarm the public. However, when the police do the same thing, the media calls the man who did NOT fire shots, ‘the gunman’ and ‘the gunman’ is the one charged with first degree murder.

First-degree murder happens to be defined as any intentional murder that is willful and premeditated with malice and forethought. Roach definitely committed a crime but was it first degree murder? Davies also contends that it is a stretch for authorities to charge Roach with first degree murder even though the shooting was done by the cop, but that doesn’t mean they won’t do it.

Many prosecutors take the approach that over charging someone makes it easier to negotiate a plea deal.  It’s just like selling a car, you don’t start negotiating at your bottom dollar.  You can’t come down.

Roach is facing a first degree murder charge and Orlando police are looking to pass the buck for their negligence; the two are most-likely not mutually exclusive. The state will likely seek a plea deal with Roach, who did not kill Godinez, in order to defer their negligence.

We have seen similar ridiculousness out of the NYPD. Glenn Broadnax, 35, of Brooklyn, created a disturbance on Sept. 14, 2013, wading into traffic at 42nd Street and Eighth Avenue and throwing himself into the path of oncoming cars. When police showed up, Broadnax, who was unarmed, went for his wallet and cops began shooting. Two NYPD officers missed Broadnax, but hit two innocent bystanders.

According to the NY Times, the Manhattan district attorney’s office persuaded a grand jury to charge Mr. Broadnax with assault, a felony carrying a maximum sentence of 25 years. Specifically, the nine-count indictment which said Mr. Broadnax “recklessly engaged in conduct which created a grave risk of death.”

Broadax is still being charged, despite Sahar Khoshakhlagh, one of the women who was wounded, saying that the district attorney should be pursuing charges against the two officers who fired their weapons in a crowd, not against Mr. Broadnax.

This was an obvious effort by the NYPD to defer responsibility for the negligence of their officers.

This type of prosecutorial discretion is a function solely reserved for the state. The negative consequences of this officer’s incompetence is being passed on to someone who did not commit the specific crime.

We see this type of deferment of responsibility within the law enforcement community on a regular basis. Every time a victim of police brutality is awarded monetary damages, it is the innocent tax payers who are held responsible, not the individual police officer.

Sure, Kody Roach may have been flashing around a gun, but did he kill anyone? No, Orlando PD did.

Until officers are held individually liable for their irresponsible actions, this blank check of negligence will continue to grow, and continue to be passed on to the backs of those who do not deserve to carry its weight.

A reader emailed us a petition this morning that addresses this exact issue. It would require that police be mandated to carry their own personal liability insurance. Here at the Free Thought Project, we do not hold our breathe when it comes to petitioning the state for change. However, maybe this could help to raise some awareness to the gross lack of accountability that we currently see.