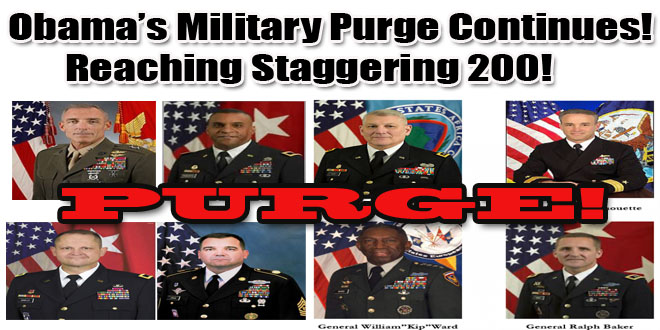 Has there ever been an administration that has had more disdain for the U.S. military than the Obama administration?  The way that this administration treats our veterans and the way that this administration is gutting our armed forces is absolutely shameful.  As you will read about below, Obama and his minions have been purging the military of officers that do not agree with their agenda, they have labeled veterans returning from overseas wars as “potential terrorists”, and they have turned our military into a playground for political correctness and social experiments.  Not that Obama has been afraid to use the military.  In fact, he has sent troops more places than just about any other president in U.S. history.  He is running our brave men and women into the ground at the same time that he is relentlessly reducing the size of the Army, Navy and Air Force.  As a result, our armed forces are smaller, weaker, more spread out and less prepared for a major war than at any other time in recent memory.  Please share this article with as many people as you can.  The American people deserve to know the truth.  The following are 18 signs that the Obama administration is openly hostile to the military…

#2 Military veterans have been repeatedly labeled as “potential terrorists” in official government documents during the Obama years.

#3 According to a new report put out by the office of U.S. Senator Tom Coburn, the negligence of the VA while the Obama administration has been in charge may have resulted in the deaths of more than 1,000 veterans.

#4 Things have gotten so bad since Obama took over that some veterans have had to wait more than a year just to get an appointment with a doctor at a VA hospital.

#5 At one point during Obama’s reign, it was taking more than half a year for the average claim for veteran benefits to be processed, and the Department of Veterans Affairs had a backlog of more than half a million overdue claims for benefits that were at least 125 days old.

#6 Thanks to budget cuts that the Obama administration gleefully pushed for, a lot of really good career officers are being forced out of the military.  For example, earlier this month it was reported that more than 500 Army majors and more than 1,100 Army captains were getting “pink slips” due to these budget cuts.

#7 Since Obama entered the White House, dozens of very high ranking officers such as generals and admirals have been “purged” from the ranks of the military.  In a previous article, I included a very long list of the names of some of these officers.  A significant number of them were known to disagree with the Obama administration on matters of military policy.

#9 The size of the U.S. Air Force is going to be reduced by 500 planes over the next five years.

#10 According to retired Army Lt. Col. Robert Maginnis, the U.S. Air Force once had more than twice as many squadrons as it does today…

“Our tanker aircraft are on average 47 years old and our strategic bombers 34 years old, and besides, their numbers are totally insufficient for America’s global missions. For example, our air force shrank from 82 fighter squadrons at the end of the Cold War to 39 today and our Navy is in worse shape.”

#11 Thanks in part of Obama, the U.S. Navy is already the smallest that it has been since World War I.

#12 Barack Obama has repeatedly used the military as a tool to advance the cause of political correctness.

#13 In an incredibly reckless move, the Obama administration left billions of dollars worth of military equipment in Iraq.  Now ISIS has captured much of that equipment and is using it to take over vast portions of Iraq and Syria.  It has been estimated that the equipment that ISIS has captured up to this point could equip an army of 200,000 soldiers.

#14 During the Obama years, sexual assaults in the U.S. military have soared to an all-time high, and most of the assaults have been male on male.

#15 In some areas of the country the Department of Veterans Affairs has been caught red-handed banning the words “God” and “Jesus” during funeral services for veterans.

#16 All over the United States, “mental illness” is being used as an excuse to take guns away from military veterans.

#17 Under the Obama administration, some military veterans have actually had to pay to have their medals shipped to them.  For example, one soldier had to shell out a 21 dollar shipping fee just to get his Purple Heart.

#18 Barack Obama seems to have a particular disdain for the U.S. strategic nuclear arsenal.  In fact, he seems absolutely determined to do all that he can to gut it.  The following is an extended excerpt from one of my previous articles…

Back in 1967, the United States had an arsenal of more than 31,000 strategic nuclear warheads.

Since 1967, the size of the U.S. strategic nuclear arsenal has been reduced by about 95 percent.  The START Treaty that Barack Obama signed back in 2010 limits both the United States and Russia to a maximum of 1,550 deployed strategic nuclear warheads.

Unfortunately, that was not nearly enough of a reduction for Obama.

In June 2013, he announced to the world that he has decided that the United States can reduce the number of our deployed nuclear warheads by another one-third…

If those cuts are made, that would reduce the size of the U.S. strategic nuclear arsenal to about 1,000 warheads.

And there has even been some talk that the Obama administration ultimately wants to reduce our arsenal down to just 300 warheads.

Barack Obama and his underlings do not value our armed forces.

They are more than happy to use them as political and social tools, but when the time comes to spend money for our national defense or to take care of our veterans they are always hesitant to do so.

At a time when the world is getting crazier than ever, our military is in a deep state of decline.

One day we might look back and bitterly regret what Obama has done to us. 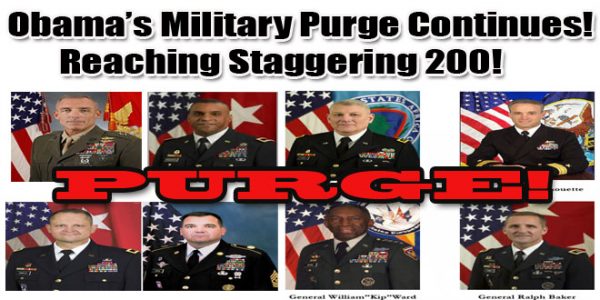