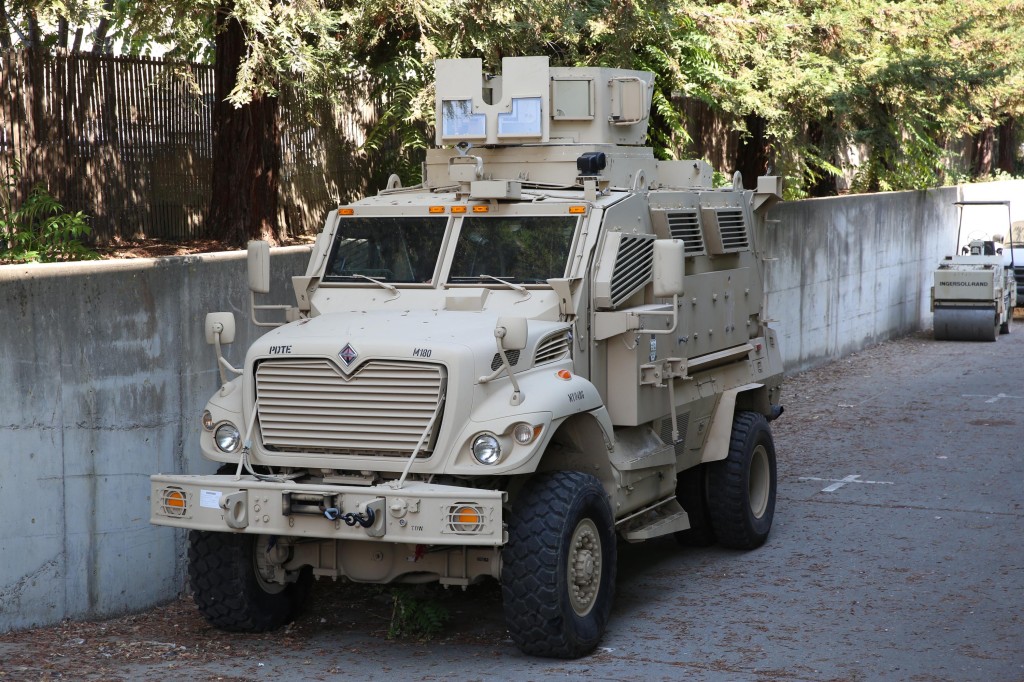 Residents fear MRAP will be used to quell dissent

In the aftermath of unrest in Ferguson, Missouri, Davis City Council has ordered its police department to get rid of an MRAP military vehicle within 60 days.

The $700,000 dollar vehicle was acquired for free just a few weeks ago through the U.S. military surplus program that has seen police departments across America obtain vehicles and equipment that were formerly used by the Army to occupy towns and hunt insurgents.

However, after numerous complaints and protests by residents, Davis City Council has given its police department two months to either destroy or otherwise remove from operation the mine resistant ambush vehicle.

“My understanding is that these vehicles were designed to help reduce casualties and fatalities among our military personnel in places like Iraq and Afghanistan where they were being blown up by mines and being ambushed… I don’t think these things are happening very often in Davis,”said one resident during the public forum, which was attended by a large crowd of demonstrators.

Police Chief Landry Black asserted that there was a “legitimate need” for the vehicle in order to protect officers from high powered weapons, but residents fear the MRAP will be used to quell dissent.

During riots and looting in Ferguson earlier this month, numerous concerns were expressed about how the militarization of police departments only served to escalate tensions, with numerous instances of cops pointing guns at protesters and journalists stoking controversy.

However, not everybody is against the idea of police using military vehicles and equipment to face down American citizens. During the height of the Ferguson unrest, MSNBC host Ed Schultz opined that such gear was needed to deal with “anti-government” groups.

Earlier this month, former Marine Paul Szoldra warned that scenes in Ferguson illustrated the “terrifying” result of the militarization of police, with the American people now being treated like insurgents in Afghanistan and Iraq.

Martino was speaking at a council meeting concerning a decision to purchase a BearCat armored vehicle. The purchase of the vehicle was mired in controversy after the city’s Police Chief wrote in an application filing to the DHS that the vehicle was needed to deal with the “threat” posed by libertarians, sovereign citizen adherents, and Occupy activists in the region.