“They would not believe it, because it is the unthinkable. That is why we can get away with it.” -Unknown 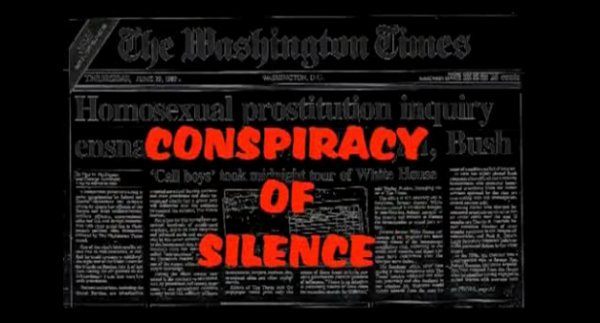 Yes, It Is The Unthinkable! Why would the modern American Church stand down concerning the homosexual agenda? Why are politicians in Washington D.C. voting in favor of what God calls an Abomination?

The wide-spread acts of pedophiles committed against our children by both corrupt clergy and corrupt politicians are rampant and unthinkable. Leviticus 18:22, 20:13 Matthew 18:7-9 Romans 1:24, Jude 1:7

At the last minute, before airing, unknown congressmen threatened the TV Cable industry with restrictive legislation if this documentary was aired.

Almost immediately, unknown persons who ordered all copies destroyed purchased the rights to the documentary. A copy of this videotape was furnished anonymously to former Nebraska state senator and attorney John De Camp who made it available to retired FBI Agent Ted L. Gunderson.

On Tuesday May 3rd 1994 the video that you are about to watch was scheduled to air on the Discovery Channel. Influential members of congress applied pressure to the cable industry to stop the airing of the program and destroy all copies.

It was already listed nation-wide in the April 30th-May 6th edition of TV Guide and newspaper supplements.

The Discovery Channel and Yorkshire Television were reimbursed for the ¼ to ½ million dollars in production costs.

This is the program that they did not want you to see!