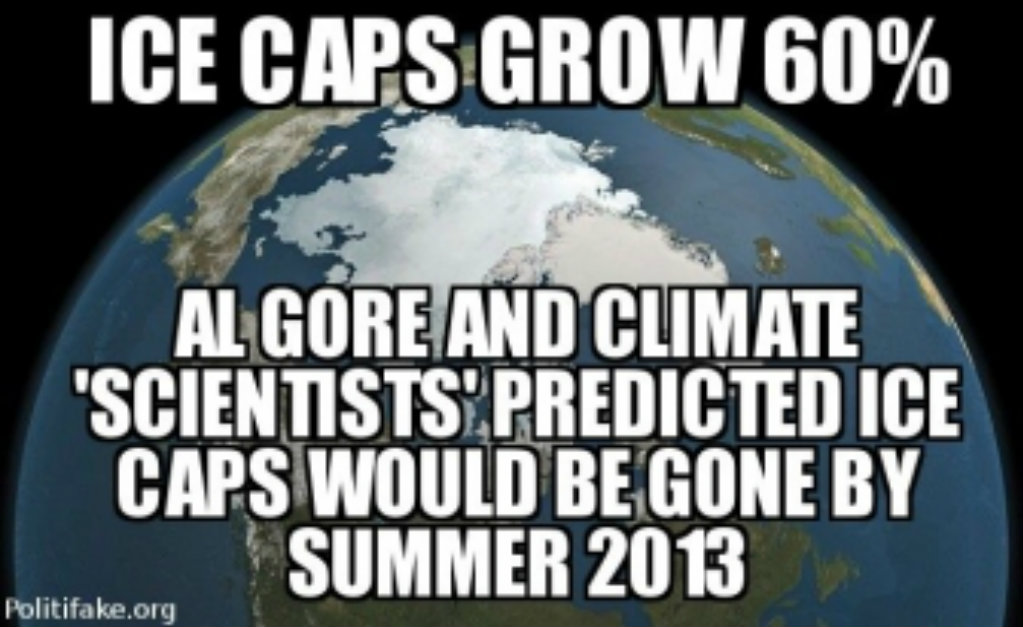 We out here, living in “Realville,” of which Rush Limbaugh is the self-appointed mayor, have been asking, “Where’s the warming?” since 1998. And believe me, in New England this summer – we really mean it.

After 16 years and hundreds of billions of dollars spent worldwide, I think we have a right to know.

Well, the pro-warming “scientific community” has been quietly asking the same question and desperately seeking an answer.

Professor Ka-Kit Tung of the University of Washington says, “Every week there is a new explanation of the hiatus,” ranging from air pollution to sunspots to volcanoes, etc.

This appears to be the buzzword that has caught on in the warming community – “hiatus.” Global warming is on hiatus, is it? I guess it’s taking a well needed holiday. However, because of this 16 year “hiatus,” the public, who are footing the bill, and many more scientists, are beginning to question the whole “man-made” warming claim.

But fear not – Professor Tung has found the culprit – the ocean.

Apparently the man caused “heat” is being trapped deep under the ocean surface. Yes – that’s what’s happening – despite everything we know about heat – that it always rises – it is now being pulled down to the depths of the ocean.

Okay – I’m good with that. Oh, and did I forget to mention – it’s only happening in the Atlantic Ocean.

So why the panic over the hiatus anyway? So the globe is taking a breather. Well, it’s because “Climate Models,” computer simulations, didn’t predict it. They showed steady warming over the same period. The fact is that these computer “models” couldn’t predict the 16 year hiatus, but they expect us to trust the “simulations” going forward. The funny thing about facts is that given enough time, they always come out.

Isaac Held, a Senior Research Scientist at NOAA’s Geophysical Fluid Dynamics Laboratory says, “No one has ever expected warming to be continuous, increasing in a straight line.”

Actually, yes – yes they did. The computer models told us so. Interesting how their excuses are changed, ever so slightly, to accommodate their ever evolving theories.

So okay, so the computers didn’t account for the heat being magically pulled down to the deep ocean. But scientists like Meehl Trenberth still insist that is where the heat is going, despite having no reliable equipment to measure it. I guess we just take his word for it. No, not exactly.

Nate Cohn at New Republic writes that this minor inconvenience of having no data is not a problem. He reports that, “Meehl and his colleagues turned to “computer models”. Their approach was straightforward: look at naturally occurring hiatus decades in “computer models”, and see where the computers put the heat.”

Let that sink in for a second. So, not being a scientist and all – let me see if I’ve got this.

The computers told us there would be warming, yet there is none. Now these scientists believe the heat is in the deep ocean – because heat always does that – sink, but they can’t measure it, so they plug some more “garbage in” to the computer and it will tell us where the heat went. Is that right? Is that actually right? This is what they expect us to believe?

Okay, this is so stupid, it’s no longer funny. These people aren’t scientists – they’re an embarrassment. They’re frauds and they’re desperate to hold on to the myth they themselves have created – man caused global warming.

Next year I hear the scientists will introduce a new product to the world – the first scientific calculator that always gives you the wrong answer.