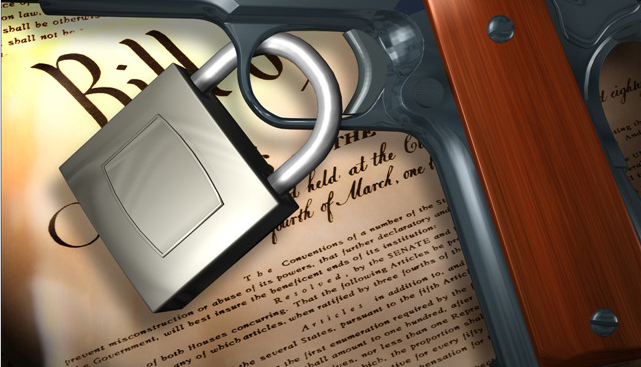 “A friend calls what we do here in the misdemeanor court ‘homicide prevention’ and it is in a lot of ways,” says Judge Alberto Canas.

A CBS affiliate in Dallas-Fort Worth reports:

…Canas sees the importance of minimizing opportunities for domestic disputes to violate. This week, he secured the support of Dallas County Commissioners to move forward with a program to help get firearms out of the hands of accused abusers or anyone bound by a protective order. Although federal and state laws are already in place that prohibit abusers from having weapons, Judge Canas says there was no way to monitor compliance.

Though this might sound like a good idea to most, it is my firm opinion that it is totally unconstitutional. Did you notice that these are not all convicted abusers and that it is clearly mentioned that many of them are simply “accused?”

There is a dangerous trend in America to use “pre-crime” predictions to take away the rights of American citizens.

This is just another baby step toward full gun confiscation and citizens should most definitely question and oppose it.

This reminds me very much of the confiscation of guns from veterans in early 2013. You may remember that vets started receiving letters telling them that their second amendment rights were gone. Their “crime?” Veterans who were judged too mentally incompetent to handle their own finances were also judged, universally, to be too incompetent to own a gun.

There was no due process. There were no individual hearings.

There are surely people out there who would qualify as exceptions but that is not the aim of the new justice of gun confiscation. They will take large blocks of firearms however they can, and if they must ignore the constitution to do it, then so be it.

In February of 2013 our Senate voted 98-0 to take the gun rights away from over 100,000 veterans without due process. There was only one Senator to raise objection, Tom Coburn, and his objection wasn’t strong enough to change his vote. You can’t blame this on the democrats. They ALL voted in favor.

If you want to convict a person of a crime, or have a hearing to deem them incompetent to handle a gun, then that is fine. That is due process. Take their firearm then.

Taking a gun from someone based on a simple accusation is not the way a Constitutional government functions.

Not a lot of people are going to cry over a bunch of accused abusers or “mentally incompetent” veterans.

But will there be anyone left to cry when they come for your guns?

You can not start taking rights from people based on crimes that they might commit or based on accusations that have not led to convictions. Who is to say that you might not shoot at government officials just because Harry Reid thinks you are a domestic terrorist?

You must look much deeper because we are being played and this is how they do it. They take an inch at time.

Shall not be infringed!

What are your thoughts? Am I wrong?