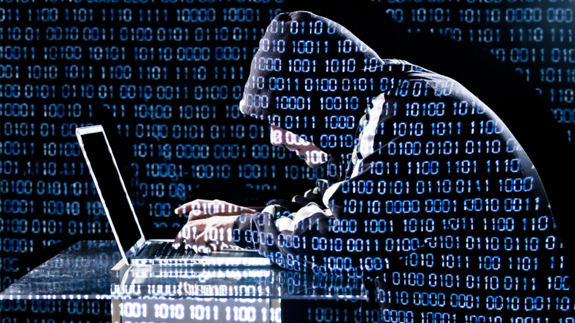 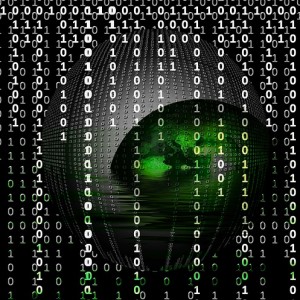 Wall Street banks are getting hit by cyber attacks every single minute of every single day.  It is a massive onslaught that is not highly publicized because the bankers do not want to alarm the public.  But as you will see below, one big Wall Street bank is spending 250 million dollars a year, just by themselves, to combat this growing problem.  The truth is that our financial system is not nearly as stable as most Americans think that it is.  We have become more dependent on technology than ever before, and that comes with a potentially huge downside.  An electromagnetic pulse weapon or an incredibly massive cyberattack could conceivably take down part or all of our banking system at any time.

This week, the mainstream news is reporting on an attack on our major banks that was so massive that the FBI and the Secret Service have decided to get involved.  The following is how Forbes described what is going on…

The FBI and the Secret Service are investigating a huge wave of cyber attacks on Wall Street banks, reportedly including JP Morgan Chase, that took place in recent weeks.

The attacks may have involved the theft of multiple gigabytes of sensitive data, according to reports. Joshua Campbell, supervisory special agent at the FBI, tells Forbes: “We are working with the United States Secret Service to determine the scope of recently reported cyber attacks against several American financial institutions.”

When most people think of “cyber attacks”, they think of a handful of hackers working out of lonely apartments or the basements of their parents.  But that is not primarily what we are dealing with anymore.  Today, big banks are dealing with cyberattackers that are extremely organized and that are incredibly sophisticated.

The threat grows with each passing day, and that is why JPMorgan Chase says that “not every battle will be won” even though it is spending 250 million dollars a year in a relentless fight against cyberattacks…

JPMorgan Chase this year will spend $250 million and dedicate 1,000 people to protecting itself from cybercrime — and it still might not be completely successful, CEO Jamie Dimon warned in April.

“Cyberattacks are growing every day in strength and velocity across the globe. It is going to be continual and likely never-ending battle to stay ahead of it — and, unfortunately, not every battle will be won,” Dimon said in his annual letter to shareholders.

Bank of America: “Although to date we have not experienced any material losses relating to cyber attacks or other information security breaches, there can be no assurance that we will not suffer such losses in the future.”

Citigroup: “Citi has been subject to intentional cyber incidents from external sources, including (i) denial of service attacks, which attempted to interrupt service to clients and customers; (ii) data breaches, which aimed to obtain unauthorized access to customer account data; and (iii) malicious software attacks on client systems, which attempted to allow unauthorized entrance to Citi’s systems under the guise of a client and the extraction of client data. For example, in 2013 Citi and other U.S. financial institutions experienced distributed denial of service attacks which were intended to disrupt consumer online banking services. …

“… because the methods used to cause cyber attacks change frequently or, in some cases, are not recognized until launched, Citi may be unable to implement effective preventive measures or proactively address these methods.”

I don’t know about you, but those quotes do not exactly fill me with confidence.

Another potential threat that banking executives lose sleep over is the threat of electromagnetic pulse weapons.  The technology of these weapons has advanced so much that they can fit inside a briefcase now.  Just consider the following excerpt from an article that was posted on an engineering website entitled “Electromagnetic Warfare Is Here“…

The problem is growing because the technology available to attackers has improved even as the technology being attacked has become more vulnerable. Our infrastructure increasingly depends on closely integrated, high-speed electronic systems operating at low internal voltages. That means they can be laid low by short, sharp pulses high in voltage but low in energy—output that can now be generated by a machine the size of a suitcase, batteries included.

Electromagnetic (EM) attacks are not only possible—they are happening. One may be under way as you read this. Even so, you would probably never hear of it: These stories are typically hushed up, for the sake of security or the victims’ reputation.

That same article described how an attack might possibly happen…

An attack might be staged as follows. A larger electromagnetic weapon could be hidden in a small van with side panels made of fiberglass, which is transparent to EM radiation. If the van is parked about 5 to 10 meters away from the target, the EM fields propagating to the wall of the building can be very high. If, as is usually the case, the walls are mere masonry, without metal shielding, the fields will attenuate only slightly. You can tell just how well shielded a building is by a simple test: If your cellphone works well when you’re inside, then you are probably wide open to attack.

And with electromagnetic pulse weapons, terrorists or cyberattackers can try again and again until they finally get it right…

And, unlike other means of attack, EM weapons can be used without much risk. A terrorist gang can be caught at the gates, and a hacker may raise alarms while attempting to slip through the firewalls, but an EM attacker can try and try again, and no one will notice until computer systems begin to fail (and even then the victims may still not know why).

Never before have our financial institutions faced potential threats on this scale.

According to the Telegraph, our banks are under assault from cyberattacks “every minute of every day“, and these attacks are continually growing in size and scope…

Every minute, of every hour, of every day, a major financial institution is under attack.

Threats range from teenagers in their bedrooms engaging in adolescent “hacktivism”, to sophisticated criminal gangs and state-sponsored terrorists attempting everything from extortion to industrial espionage. Though the details of these crimes remain scant, cyber security experts are clear that behind-the-scenes online attacks have already had far reaching consequences for banks and the financial markets.

In the end, it is probably only a matter of time until we experience a technological 9/11.

When that day arrives, will your money be safe?