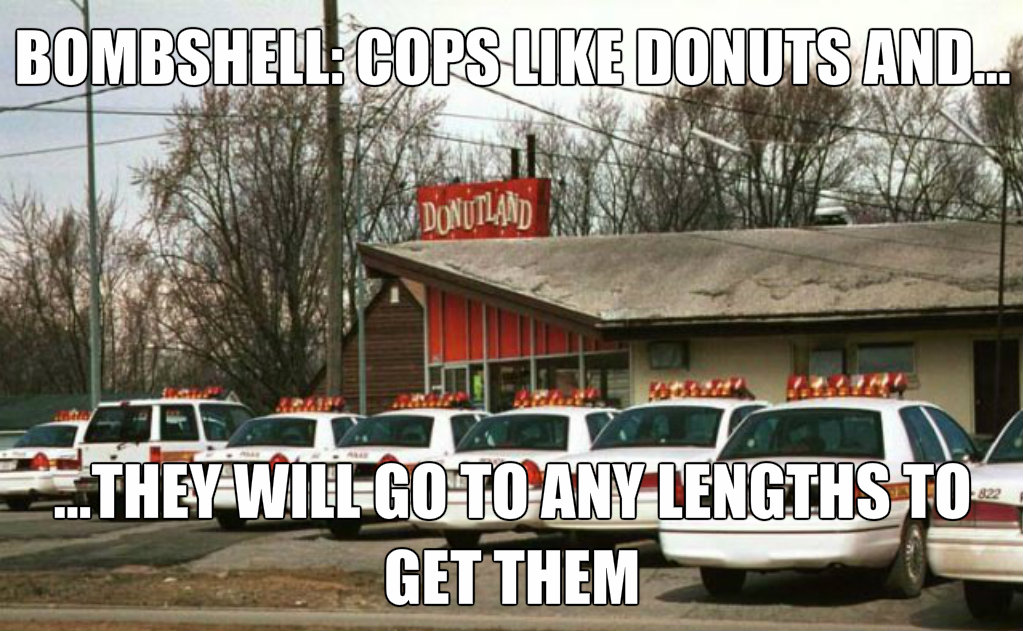 Several Miami police officers are now under investigation after they were caught on camera using their emergency lights on a trip to a local bakery.  Many have already began to speculate as to how many officers ordered donuts for breakfast.

A witness spotted five different police cars from multiple departments traveling down Interstate 95 with their emergency lights on, even blocking traffic at some intersections once they got off the highway so all of the officers could stay together.

The witness took video footage on their cell phone camera, and much to their surprise, the officers all turned off their lights and pulled into a local bakery where they all ate breakfast before returning to their cars.

“It was poor judgment on their behalf. They understand and their supervisors will be taking action,” Miami-Dade police Maj. Nancy Perez told Local 10 News.

“They weren’t speeding. They weren’t using sirens. They didn’t pass in the emergency lane. They only had their overhead lights on, which should only be utilized for emergency purposes,” Perez added.

According to Perez, the officers were on their way to a training session and “wanted to stay together”, but she admitted that this was still no excuse for them to use their emergency lights.

Police officers are notorious for using their emergency lights for their own purposes.  Even when they are caught, they are usually able to get away with any old excuse, because it is assumed that they are always on some sort of important business.  Perez said that the officers are currently under investigation, but it is likely that this will be swept under the rug before the they receive any disciplinary action.