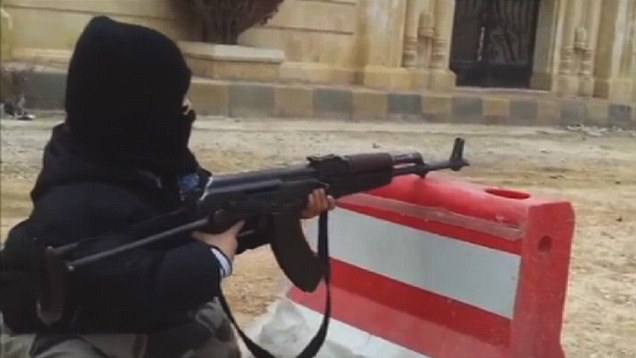 This is sick beyond belief.

In the Middle East, violence is so common place and jihadists like ISIS so glamorized that the Muslim kids in the video below actually play a pretense game of death-by-summary-execution.

The source of the video is ABNA.co, the Ahlul Bayt News Agency — a Shi’ite Iranian electronic news agency.

Next, the kids will be playing a pretense game of beheading each other.

This post originally appeared at Fellowship of the Minds.