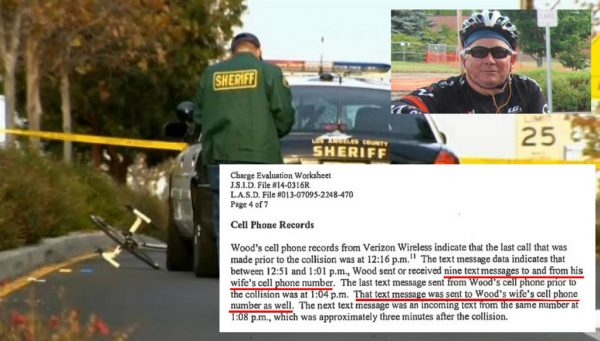 Even the corporate media today recognizes how police have the ability to kill or hurt people with impunity under the guise of an accident. Since Ferguson, mainstream media has completely lost the ability to play dumb to this.

An article from Yahoo.com’s headline reads “Police Officer Will Not Be Charged For Killing Napster Exec While Texting And Driving, Because it’s Apparently Okay For Police to Do That”.

Los Angeles County sheriff’s deputy Andrew Wood ran over Milton Olin Jr. in his patrol car, killing him in the process of typing a message into his computer in Calabasas, California in December of 2013.

Recently, with his own corrupt department in charge of making the decision to prosecute him or not, the officer was let off the hook. This is the opposite of checks and balances.

This is what the LA District Attorney had to say:

Here is a petition to prosecute Andrew Wood.

Please share this with as many people as possible. These headlines will not cease until police can no longer murder with impunity. No one should be able to do that.