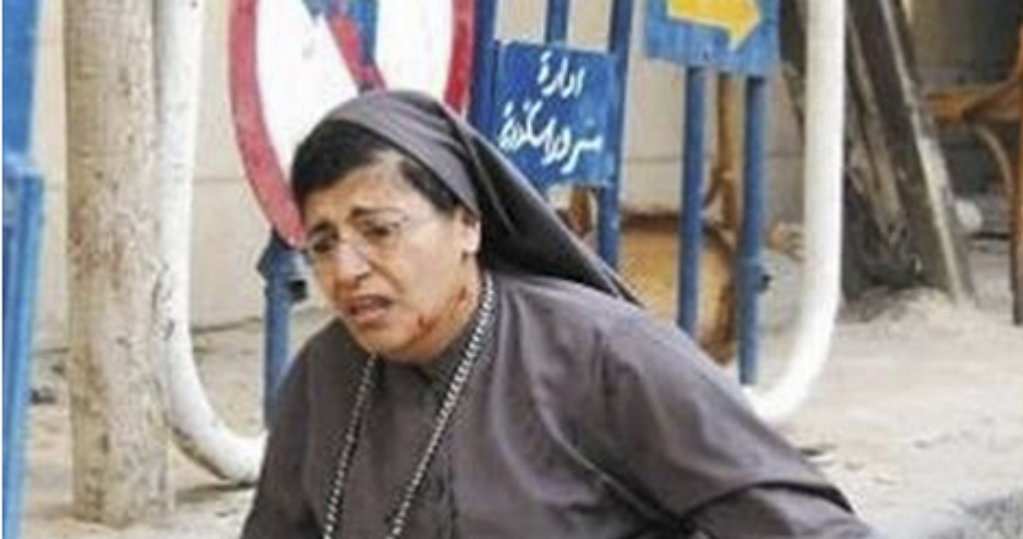 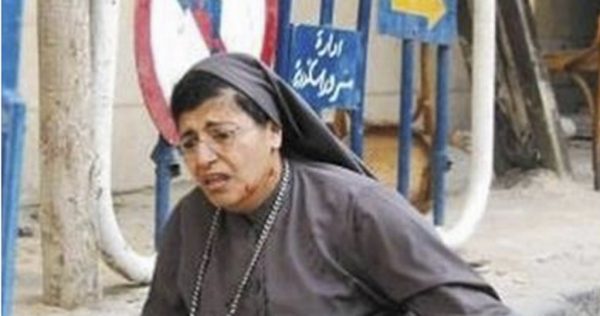 The horror. The terror. The unspeakable savagery of jihad.

Perhaps few things are as disgusting and cowardly as the Muslim rape of nuns: defenseless Christian women who sacrifice much of their lives to help sick and needy Muslims.

At a time when Christianity worldwide is under siege by Islamic jihadists, the Pope claimed that the quran teaches non-violence. As Christians across the Muslim world live in abject terror and fear kidnapping, rape and slaughter to the bloodcurdling cries of “Allahu akbar,” the pope gives papal sanction to the savage.

253. In order to sustain dialogue with Islam, suitable training is essential for all involved, not only so that they can be solidly and joyfully grounded in their own identity, but so that they can also acknowledge the values of others, appreciate the concerns underlying their demands and shed light on shared beliefs. We Christians should embrace with affection and respect Muslim immigrants to our countries in the same way that we hope and ask to be received and respected in countries of Islamic tradition. I ask and I humbly entreat those countries to grant Christians freedom to worship and to practice their faith, in light of the freedom which followers of Islam enjoy in Western countries! Faced with disconcerting episodes of violent fundamentalism, our respect for true followers of Islam should lead us to avoid hateful generalisations, for authentic Islam and the proper reading of the Koran are opposed to every form of violence.

“So when you meet those who disbelieve [in battle], strike [their] necks…” quran 47:4

“And prepare against them whatever you are able of power and of steeds of war by which you may terrify the enemy of Allah and your enemy and others besides them whom you do not know [but] whom Allah knows.” quran 8:60

“Indeed, Allah has purchased from the believers their lives and their properties [in exchange] for that they will have Paradise. They fight in the cause of Allah , so they kill and are killed.” quran 9:111

Nothing will be gained by this refusal to face reality. Christians will still be slaughtered in the name of Islam and jihad all over the Muslim world. And now the Pope has forbidden Catholics to speak honestly about what is happening and why. It’s a disgrace.

The Muslim Rape of Christian Nuns

Despite how unsavory and barbaric Islamic groups and persons around the world have been behaving—whether Nigeria’s Boko Haram, Mesopotamia’s Islamic State, Somalia’s Shabaab—perhaps few things are as disgusting and cowardly as the Muslim rape of nuns: defenseless Christian women who sacrifice much of their lives to help sick and needy Muslims.

The latest such attack comes from Bangladesh, which is over 90% Muslim in population. In early July, dozens of men armed with machetes, knives and iron rods attacked the convent of PIME (Pontifical Institute of Foreign Missions nuns in Boldipuku), a village mission in north Bangladesh.

Catholic Online has the complete story:

[S]ome 60 men attempted to loot the building and rape the nuns… The attackers first tied the hands and legs of the mission’s two night watchmen and gagged them in the early morning hours. They then broke down the door of the room where the assistant pastor Father Anselmo Marandy was sleeping. They then raided the convent located in the mission campus…. Three PIME nuns suffered attempted rape and were sent to their provincial house in Dhaka, the national capital where they are trying to overcome the shock and mental suffering. “It’s very sad that the sisters cannot continue to work for the people, but our sisters are no longer safe,” Rosaline Costa, a Catholic human rights activist lamented. Local Christians are currently living in fear since the attack. Christians form only 0.8 percent of Dinajpur district’s three million people.

Although some of those quoted in the Catholic Online report portray this attack is “unprecedented,” the fact is, nuns raped by Muslims is a phenomenon that goes back centuries. According to Muslim historian Taqi al-Din al-Maqrizi (1364-1442), during his raids on then Christian-majority Egypt, Caliph Marwan II (r.744–50) “made captive a number of women from among the nuns of several convents. And he tried to seduce one of them.”

The account describes how the enslaved nun tricked him into killing her, by claiming she had a magic oil that make skin impenetrable: “She then took some oil and anointed herself with it; then stretched out her neck, which he smote with the sword, and made her head fly. He then understood that she preferred death to defilement.”

Writing in the tenth century, the Coptic chronicler Severus ibn Muqaffa records that “the Arabs [i.e., Muslims] in the land of Egypt had ruined the country…. They burnt the fortresses and pillaged the provinces, and killed a multitude of the saintly monks who were in them [monasteries] and they violated a multitude of the virgin nuns and killed some of them with the sword.”

After the Islamic conquest of Constantinople in 1453, according to eyewitness accounts, “Monasteries and Convents were broken in. Their tenants were killed, nuns were raped, many, to avoid dishonor, killed themselves. Killing, raping, looting, burning, enslaving, went on and on according to tradition.”

Such is history—expunged as it is in the modern West—even as it repeats itself today. Thus, in August 2013, after torching a Franciscan school in Egypt, “Islamists,” in the words of the AP, “paraded three nuns on the streets like ‘prisoners of war’” and “Two other women working at the school were sexually harassed and abused as they fought their way through a mob.”

Indeed, the rise in attacks on Christian nuns throughout the Islamic world further demonstrates that they are no more inviolable than other “infidel” women:

The above examples come from several countries that have little in common with one another—neither race, language, culture, nor economics—only Islam.

That alone should say something.

But no matter. Far from discussing Islamic history and doctrine, and how they tie to current events—especially the subhuman treatment of non-Muslim “infidels”—the predominant Western mentality simply dismisses Muslim violence as the West’s fault, or, in the words of ex-nun Karen Armstrong and Islamic apologist extraordinaire, “We did this.” Armstrong—who quit the nunnery only to engage in pro-Islamic mummery—insists that what’s needed is for us to focus more on “Muslim pain, Muslim suffering.”

Such, according to the leftist mentality, are the “real” reasons why, wherever Muslim-majorities live near non-Muslim minorities, from the dawn of Islam till today, the latter are being attacked into extinction.