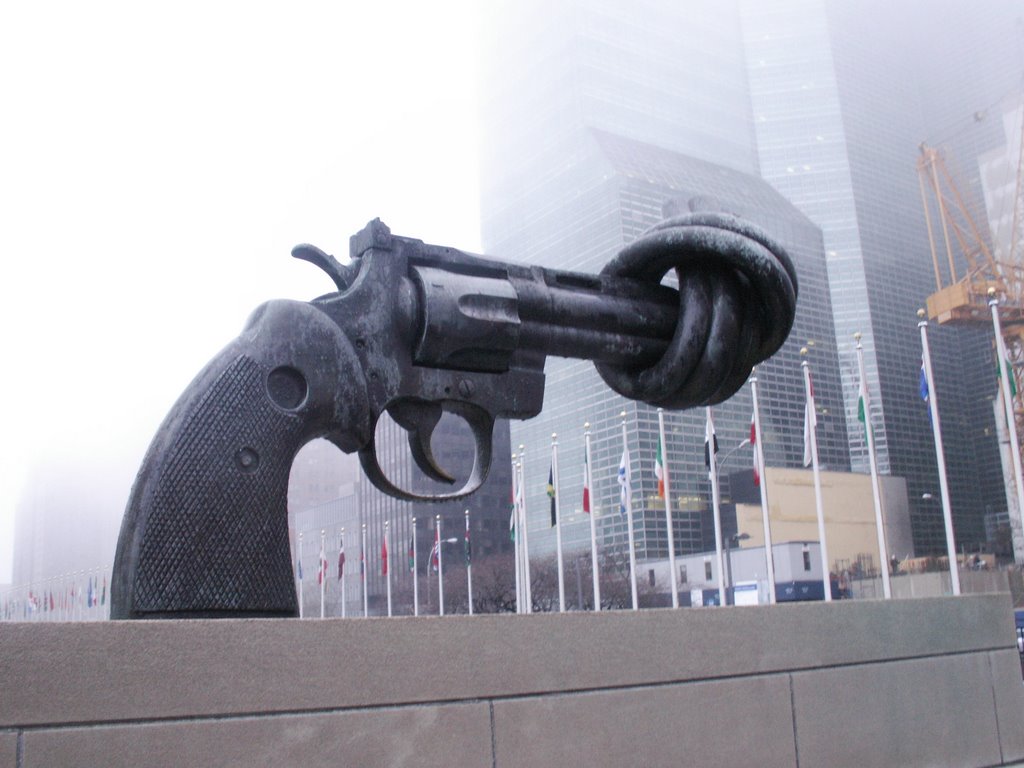 A United Nations’ peacekeeping commander ordered Filipino troops to surrender on Monday at the hands of Obama-backed Syrian rebels. Thankfully they disobeyed that order and fought bravely for their freedom.

This is just the latest example of a corrupt United Nations that is leading us all toward a New World Order.

Why would anyone order a surrender to these savages when the likely reward is death?

I don’t know exactly. Maybe to stir up more instability in the region and provide just one more reason for more outside involvement?

Either way, God Bless those Filipino troops for disobeying the order.

The Philippine military said Monday that a U.N. peacekeeping commander in the Golan Heights should be investigated for allegedly asking Filipino troops to surrender to Syrian rebels who had attacked and surrounded their camp.

Gen. Gregorio Pio Catapang said he advised the 40 Filipino peacekeepers not to lay down their arms, and they defied the U.N. peacekeeping commander’s order. Instead, they staged a daring escape from the Golan camp over the weekend, ending a tense, dayslong standoff.

The disagreement is another blow to a U.N. peacekeeping mission that has been threatened by an escalation of violence in a buffer zone it has been guarding between Israel and Syria. A number of countries have withdrawn their troops from the peacekeeping force due to rising rebel attacks.

Forty-five Fijian peacekeepers who surrendered their firearms to the rebels last week are still being held by the al-Qaida-linked insurgents.

The commander of the United Nations Disengagement Observer Force, or UNDOF, which supervises the peacekeeping mission in Golan, was overseeing talks with the Syrian rebels to secure the freedom of the Fijians. However, Catapang said he would not agree to any resolution of the hostage crisis that would put Filipino troops in grave danger.

The United Nations is a corrupt organization that is focused on the eventual goal of ushering in a single-world government. Many think that such claims are pure conspiracy thinking. They say that things really aren’t that bad. However, most people do not pay attention. We have many examples in the United States. Recently a border patrol agent revealed that the UN is covertly in control of our Southern Border.

Simply watch the big stories in America and watch which situations the UN comments on and which stories they do not.

They became involved in both the Trayvon Martin incident and now the Ferguson/Michael Brown situation. They get involved and demand answers under the guise of “civil rights.” However, there is no consistency and that needs to be recognized. UN involvement in both of these situations advances an agenda of racial division and lays groundwork for more civil unrest. It stirs up division between the police and the people. The goal is division. Our division is our weakness as a people. They will never conquer a people that are truly united.

However, the United Nations didn’t even bat an eyelash when all hell was breaking loose at The Bundy Ranch. Why? Because standing with Cliven Bundy would go against their Agenda 21 henchmen, the Bureau of Land Management, who are quietly laying the groundwork for movement of people into urban ghettos while seizing millions of acres of land and putting it under government control.

The United Nations has one sole intent and it has nothing to do with freedom or civil rights. Their goal is to one day enslave 7 billion people, or however many remain after any planned genocide, under the rule of one world government.

If you can’t follow any of my ramblings, or simply think I am insane, just know this… and think about it… hard…

Why is that giant gun barrel tied in a knot in front of the UN Headquarters? Does that not tell you something? Oh yes, they will be coming for your guns. It’s not a matter of if, but when. 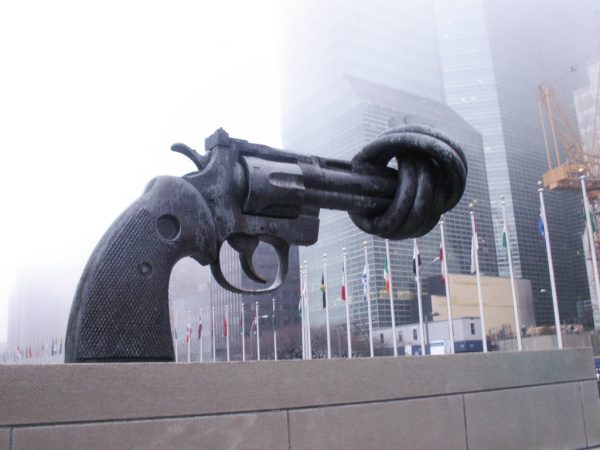 Do you really think that this statue means nothing?

Do you really think that surrender order meant nothing?

Do you really think that ISIS threatening to cross our Southern Border, while the UN simply watches, is coincidental?

You call me a conspiracy theorist?

I call you a dumbed-down idiot.

You must start paying attention. Time is growing short.