Sura 8:12…“I will cast terror into the hearts of those who disbelieve. Therefore strike off their heads and strike off every fingertip of them.”  It’s been confirmed…Steven Joel Sotloff has been beheaded…the second American journalist to be executed within a few short weeks and Obama again does NOT a thing of substance…NOT a damn thing at all…that is except to keep calling these murderous bast*rds ISIL and we all know why…as Obama’s hatred for Israel and the Jewish people is well known.And it appears that Sotloff, a freelance journalist for Time and Foreign Policy magazines, was executed by the same man who beheaded James Foley on August 16th. In this newest video called “A Second Message to America,” before he put the blade to Sotloff’s neck, the executioner says, “As your missiles continue to strike our people, our knife will continue to strike necks of your people.” And at the end of the video a third man…believed to be a British journalist…is brought out to show that he will be next if Obama’s so-called ‘limited’ bombing is NOT stopped. 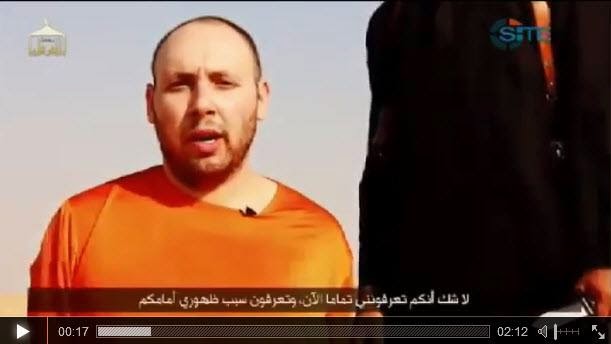 To watch the video of the beheading click on the picture (above), but be warned it is NOT for the squeamish.

‘Limited’ bombing that kills but a few…that is all Obama has done. And while ISIS continues to grow stronger by adding to their ranks the delusional and the disenfranchised…like the Gazans (I NO longer call them Palestinians) now joining them in battle…fighting and dying in a battle that is really a battle of the ‘civilized man’ vs the ‘barbarian’…the ‘civilized man’ vs islam.And we all know Obama will in the end cave to his brethren…and why NOT…for if truth be told Barack HUSSEIN Obama does NOT want to stop ISIS…I know it…you dear reader know it…and he does NOT care that any of us know it. And most importantly Obama knows that ISIS cannot be stopped unless we put ‘boots on the ground’ and that he has said is something he will NOT do for he knows that ‘boots on the ground’ is the only thing that can stop ISIS’ forward march. And this most vile of men knows that NO ‘boots’ equals NO stopping ISIS…and NO stopping ISIS means the caliphate is born…and Obama’s true goal comes to fruition.Want proof that this his goal and that he has indeed LIED to the American people yet again…it seems a former Pentagon official has now come forward to say that Obama’s claiming that ISIS took America by surprise and that he had NO clue about ISIS’ rise, strength, or objective, is an out and out LIE as he knew all about them for at least a year before they started on their murderous rampage. And how did Obama know this…because he personally received updates about ISIS every morning in his daily intelligence briefings and those updates were given to him by an agent of the CIA. 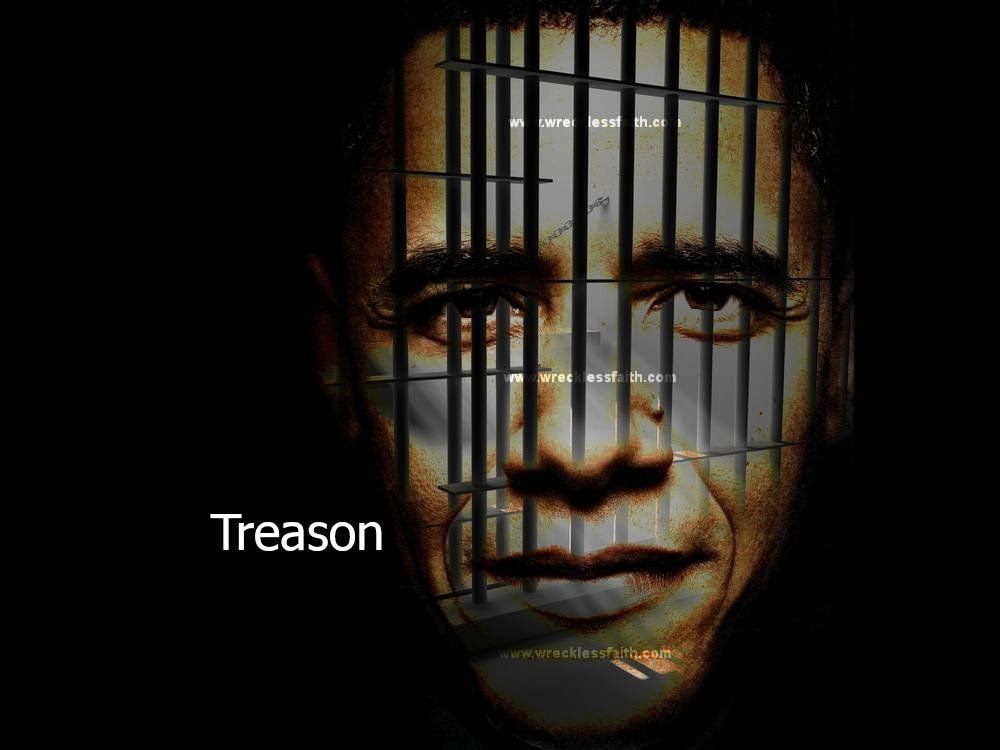 Proving once again that he cares more about sending 60,000 NSA agents out in the field to spy on law-abiding Americans than he ever has about the rise of radical islam, Obama has again shown that he is anything but presidential material… shown that he cannot handle the job…shown that he must be removed from office. And now it has been shown that he is guilty of treason for he has most certainly ‘aided and abetted’ the enemy by looking away…that he and he alone has put America and the American people in danger for his actions when NOT needed coupled with his inactions when actions were needed has directly led (I believe) to the murders of James Foley and Steven Sotloff. And so their names must be added to what I call Obama’s ever-growing ‘hit list’…adding their names to those of Christopher Stevens, Sean Smith, Tyrone Woods, and Glen Doherty.So while Obama jets off to Estonia in an effort to sell those countries out as he did to Israel…ISIS continues on in its quest of trying to create its own islamic state by gobbling up the land of other sovereign nations. And while we continue to do some ‘limited’ bombings here and there but NOT everywhere…as in ‘shock and awe’… when Obama feels he needs to placate the masses…remember those bombings are always done in such a away as NOT to kill too many of the brethren. And so Obama’s inactions allows ISIS to grow bolder…to grow stronger…with each passing day, while this farce of a president appears to grow ever weaker on both the domestic and international fronts.

But looks can be so very deceiving for isn’t the establishment of the caliphate Obama’s ultimate goal, and isn’t his goal succeeding by being built upon the blood of those his policies have made too weak to fight back…it sure seems that way. And how America and the world so desperately needs a hero…a leader if you will…to help save us from the likes of ISIS…to help save us from islam for the bottom line is that islam itself…all islam…is the enemy and has been ever since buildings fell almost 13 years ago. And saddest of all is that past American presidents…presidents like Ronald Reagan…used to be such a leader but that is NO more. But a new leader now seems to have emerged to lead the fight against those out to kill us all.The “root cause” of Britain’s terror threat is “Islamist extremism,” and it “is not some foreign conflict thousands of miles from home that we can hope to ignore,” so said British Prime Minister David Cameron and how right he is.

Telling lawmakers meeting in the House of Commons on Monday his plans to combat islamic terrorism in his country, Cameron took the first definitive steps to try to stop ISIS dead in its tracks by raising Britain’s terror threat level from ‘substantial’ to ‘severe’ because he felt ISIS posed a “greater and deeper” threat to Britain then any other threats before…and how right he is. Cameron began by laying out his plans… plans that included calling for a new law to give police the temporary power to seize a passport at the border of any British citizen suspected of trying to travel to support ISIS and then re-enter Britain. Cameron added that existing arrangements on aviation security would also become law, and that airlines will have to comply with Britain’s no-fly list arrangements, supply information on passenger lists, and comply with security screening requirements, and that if they did NOT their flights will NOT be able to land in Britain.Cameron also told lawmakers that he would introduce additional legislation giving British authorities new powers that would strengthen their ability to track suspected supporters of ISIS by providing them with “enhanced use of exclusion zones” or“relocation powers.”

And this is just the beginning Cameron said, and promised more will be done unlike the NOTHING that is being done here at home. And I do mean NOTHING as Obama’s bloviating spokesmouth Josh Earnest said he did NOT anticipate the threat level here in America would be raised anytime soon, as U.S. Secretary of Homeland Security Jeh Johnson said that currently there was NO specific threat being made against the United States.NO specific threat…how about ISIS sneaking into this country through our unsecured southern border…how about the 6,000 foreign nationals, a majority of whom come from Arab countries, who have entered the U.S. on student visas and now can NO longer be found…how about ISIS recruits and sympathizers here in America getting their butcher knives ready as they wait for their call to jihad…how about the warning ISIS issued when two Americans were brutally beheaded…how about all the internet and radio chatter that ‘something’ big will happen this September 11th…and we know there is more but hey…why raise the threat level when we have president whose goal is to help ISIS raise their flag over the White House for only then can his sellout of America come to completion.