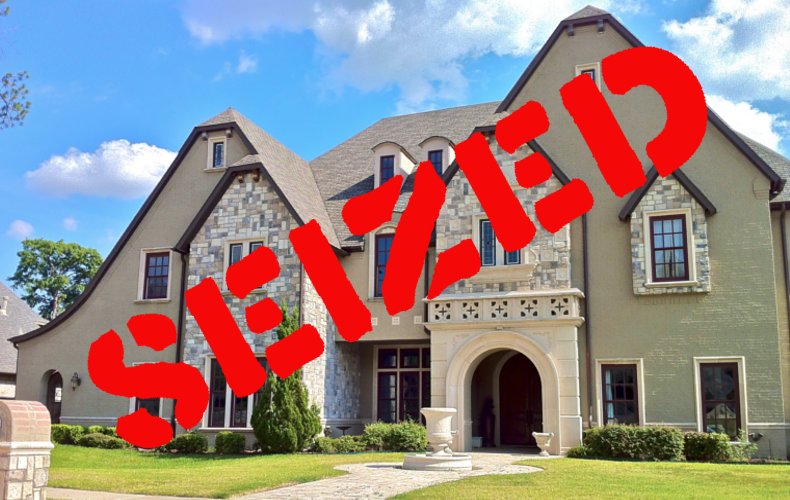 The Philadelphia police are putting home owners on the street and it has nothing to do with their ability to pay the mortgage, nor are they being charged with a crime.

Christos Sourovelis works hard and owns a painting business. He has built a “dream house” in a Philadelphia suburb, and without warning, the city came along and seized his home.  Sourovelis and his wife, Markela, have never been charged, or accused of any wrong doing.

They are now suing the Philadelphia DA after their home was seized when their son was found with $40 worth of heroin.

A month and half after their son was arrested the police showed up. They opened the door and had their gun drawn on the family dog before Markela Sourovelis even knew what was going on.

This family isn’t alone.  Civil forfeiture allows the city to seize any property without charging the home owner with a crime.

“The Philadelphia District Attorney’s Office has turned this tool in to a veritable machine, devouring real and personal property from thousands of residents, many of whom are innocent, and converting that property in to a $5.8 million average annual stream of revenue,” Darpana Sheth, a lawyer with the Virginia-based Institute for Justice, a nonprofit public-interest law firm told CNN.

Civil forfeiture was authorized in 1988 as a means to go after drug traffickers to take away the “tools of the trade”, meaning anything used or earned from the drug business.  However, because these cases are technically civil actions, property owners receive almost none of the protections that criminal defendants receive. Instead of them having to prove your guilt, you must prove your innocence.

The government must only prove that a property, not the owner, was “more likely than not” involved in the perpetration of a crime.

This week the Sourovelis’s joined with two other families and filed a lawsuit against the DA, city, and the police department.  They are seeking only $6 each in damages, but aim to shut down the civil forfeiture program on constitutional grounds.

Philadelphia has brought in more than $64 million in seized property during the last decade – nearly twice the amount raised by similar programs in Brooklyn, N.Y., and Los Angeles County combined, according to Philly.com.

According to a report by Vice titled ‘Asset Forfeiture, the Cash Cow of the Drug War‘, The Justice Department’s asset forfeiture fund was at $1.8 billion in 2011, and it gave away nearly half a billion dollars to local police departments.

Asset forfeiture keeps the money rolling into police departments, which is in turn used to buy them all sorts of fancy new militarized toys.

What do you say, isn’t it time to end the drug war?