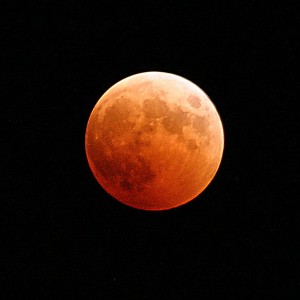 Large numbers of people believe that an economic crash is coming next year based on a seven year cycle of economic crashes that goes all the way back to the Great Depression.  What I am about to share with you is very controversial.  Some of you will love it, and some of you will think that it is utter rubbish.  I will just present this information and let you decide for yourself what you want to think about it.  In my previous article entitled “If Economic Cycle Theorists Are Correct, 2015 To 2020 Will Be Pure Hell For The United States“, I discussed many of the economic cycle theories that all seem to agree that we are on the verge of a major economic downturn in this country.  But there is an economic cycle that I did not mention in that article that a lot of people are talking about right now.  And if this cycle holds up once again in 2015, it will be really bad news for the U.S. economy.

Looking back, the most recent financial crisis that we experienced was back in 2008.  Lehman Brothers collapsed, the stock market crashed and we were plunged into the worst recession that we have experienced as a nation since the Great Depression.  You can see what happened to the Dow Jones Industrial Average on the chart that I have posted below… 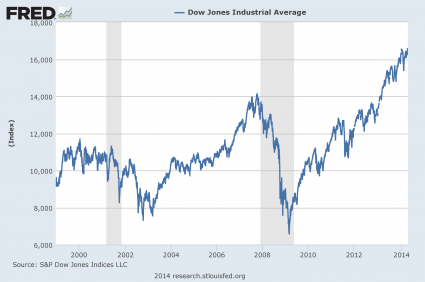 Prior to that, the last time that the stock market experienced a major decline of that nature was during the bursting of the dotcom bubble seven years earlier.  2001 was a year of recession for the U.S. economy and of big trouble for stocks.

Seven years before that, in 1994, investors experienced the worst bond market of their lifetimes.

The following is how Reuters recalls the carnage…

The 1994 bond market massacre is remembered with horror by those who lived through it. Yields on 30-year Treasuries jumped some 200 basis points in the first nine months of the year, hammering investors and financial firms, not to mention thrusting Mexico into crisis and bankrupting Orange County.

Going back another seven years brings us to 1987.

Anyone that lived through that era remembers “Black Monday” and the horrible stock market crash very well.

In 1980, the S&L crisis was blooming and everyone was talking about the “stagflation” that we were experiencing under Jimmy Carter.  The Federal Reserve raised interest rates dramatically to combat inflation, and this helped precipitate the very deep recession that we experienced early in Ronald Reagan’s first term.

You can read much more about the “early 1980s recession” right here.

Seven years prior to 1980 brings us to 1973.  To many young Americans, that year does not have any significance, but older Americans remember the Arab oil embargo and the super long lines at the gas pumps really well.

In addition, a recession began in 1973 which ended up stretching all the way until 1975.

So we have this pattern of economic crashes occurring approximately every seven years.

But there is an additional element to this cycle which makes it even more extraordinary.

As Jonathan Cahn has pointed out, this seven year cycle also lines up with the seven year “Shemitah cycle” that we find in the Bible.

For those not familiar with it, during the Shemitah year the people of Israel were commanded to let their land rest for a full year.  It was also supposed to be a time of releasing of debts.

But for the most part the people of Israel did not observe the Shemitah year, and in the Bible that is mentioned as one of the reasons why they were exiled to Babylon for seventy years.

Will we see things happen during this Shemitah year that are similar to things that we have seen in past Shemitah years?

For example, on September 17th, 2001 we witnessed the greatest one day stock market crash in U.S. history up until that time.  It happened on the 29th of Elul on the Jewish calendar, which is the day right before Rosh Hashanah.

That record stood for seven years until the massive stock market crash of September 29, 2008.  That date also corresponded with the 29th of Elul on the Jewish Calendar – the day right before Rosh Hashanah.

Well, the 29th of Elul falls on a Sunday in 2015, so the stock market will be closed.  But it is very interesting to note that there will be a solar eclipse on that day.

And as Jonathan Cahn recently told WND, similar solar eclipses in the past have preceded major financial disasters…

In 1931, a solar eclipse took place on Sept. 12 – the end of a “Shemitah” year. Eight days later, England abandoned the gold standard, setting off market crashes and bank failures around the world. It also ushered in the greatest monthlong stock market percentage crash in Wall Street history.

Is Cahn predicting doom and gloom on Sept. 13, 2015? He’s careful to avoid a prediction, saying, “In the past, this ushered in the worst collapses in Wall Street history. What will it bring this time? Again, as before, the phenomenon does not have to manifest at the next convergence. But, at the same time, and again, it is wise to take note.”

So what should we make of all of this?

I am sure that some of you will dismiss this as pure coincidence and speculation.

Others will find it utterly fascinating.

But one thing is for sure – people are going to be talking about this seven year cycle all over the Internet.

When they ask you what you think, what are you going to say?