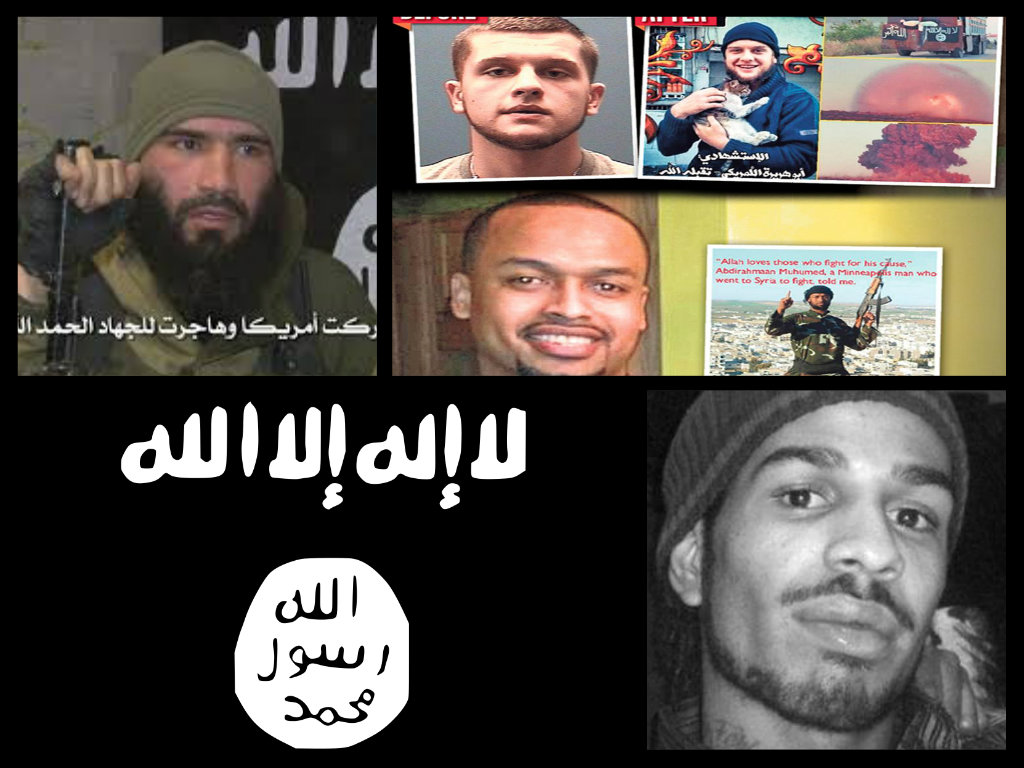 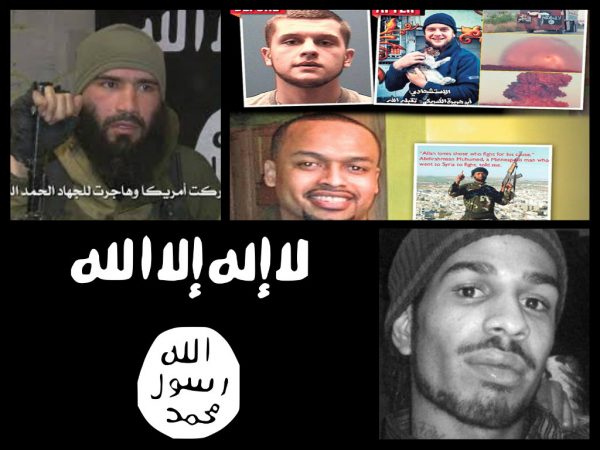 American citizens, who are Muslim, are going to Iraq to wage jihad with the Islamic State (IS). It seems bizarre, but it’s happening in the United Kingdom as well. This is Islam. It teaches the waging of jihad against infidels. So, what happens with these “American citizens” complete their “enlistment” as jihadi terrorists. Surprising as it may be, these individuals are allowed to return to the United States, according to the FBI and relayed to Glenn Beck by Republican Minnesota Congresswoman Michele Bachmann.

According to Bachmann via The Blaze:

“Two from my state were the first Americans who were fighting for ISIS,” she began on The Glenn Beck Program Tuesday. “I had gone earlier this year and asked the FBI, ‘Are there any Minnesotans that are over fighting with ISIS?’ It was classified information at the time, I couldn’t reveal it. Now everyone knows.”

“At the time, these two hadn’t been killed yet,” Bachmann continued. “So what I asked is, ‘OK, once they’re done fighting with ISIS, what’s going to happen if they try to return?’ And they said, ‘Well, they’ll come into the country.'”

“Are you kidding me?” Bachmann remarked. “We are not going to prevent them from coming into the United States?”

The video clip can be seen here.

Any American citizen, who has gone to join ISIS and fight alongside the enemy of America, will be allowed back into the country by the very agencies which pretend to “secure America from terrorists” while violating the Constitution to do it. These individuals have joined a “foreign” army or fighting force that has been declared an enemy of the United States, have actively engaged in heinous crimes, and supported those who kill other US citizens, Christians, Jews and Non-Muslims. At the very least, these individuals who claim US citizenship are traitors and deserve to be treated as such. Under Obamanation, however, that is not to be the case as the piece of fungus occupying the Oval Office is a supporter of Islam, a backer of jihad, and a hater of America, freedom and liberty.

How can anyone forget Ethel and Julius Rosenberg? These two were ceremoniously tried, convicted and sentenced to death for treason for far less than leaving the country to fight with a foreign enemy army that has declared the United States their enemy.

Bachmann is not sitting on her laurels. She will be introducing legislation “so anyone with a US passport who’s gone to fight with ISIS of any of these jihadist groups, they are prevented from coming into the United States.”

Bachmann is of the opinion that letting ISIS combatants back into the United States would be a “horrific mistake, and the extremists would be capable of ‘wreaking havoc’ once they arrived.”

Kudos to Michele Bachmann for using common sense and stating the obvious. This is an issue that every conservative American and those who cherish freedom can support. Unfortunately, common sense is not so common anymore. There will be those in Washington, DC and many US citizens who will scoff at refusing re-entry to those citizens who have fought with ISIS. These same individuals will use the argument of “rights” and “freedom” to do it. They may even parade the argument of “Constitutional” protection. And, they would be wrong.

While every individual has the “freedom of choice” and the “free will” to determine their fate and happiness, there are consequences for choices; and, “just and righteous” law does not provide impunity when that choice goes against the law. Those who choose to serve Satan and do not repent, turning to the Lord Jesus Christ, do not see the light of heaven. God cast Satan from heaven. Those who fight against freedom and liberty, engaging in oppression, subjugation and tyranny, and fighting against God, do not deserve to return to a nation founded in freedom, liberty and individual God-given inalienable rights. Those individuals made their choice; they should now suffer the consequences.

According to Article III, Section 3, of the Constitution of the United States of America, “Treason against the united States, shall consist only in levying War against them, or in adhering to their Enemies, giving them Aid and Comfort. ….”

Surely those US citizens who fight alongside ISIS jihadis are “adhering to their enemies, giving them aid….” US citizens fighting with ISIS adhere to their command to “wage war against the United States.” Is this not an act of treason? Are these individuals not to be considered traitors? Why would the US allow citizen traitors to return after committing heinous crimes, along with war crimes, with impunity? The government knows who you called, what you talked about, where you were when you made the call and how long that call lasted. It is reasonable to assume the government knows who travels to participate in ISIS jihad.

Two weeks ago, members of ISIS beheaded American journalist James Foley. They released video to prove it. There have been reports this video may have been staged, fabricated, falsified or faked. However, one thing that can be verified is the mass murder of Christians, Jews and non-Muslims that have been committed by ISIS in the region. Now, it is reported another American journalist has been beheaded – Steven Sotloff. Members of ISIS are responsible for these heinous acts and US citizens joining these barbarians become guilty by association.

Videos can be seen showing the heads of individuals murdered by ISIS on fence posts. It is graphically sickening and horrendous. Most Americans are aware of and have seen these jihadis kicking around the heads of their victims like soccer balls, laughing and cajoling as if this type of activity were commonplace. Well, it is common place as far as Islam is concerned. Non-muslims are considered infidels who should convert, be enslaved or taxed – refusal results in death. US citizens fighting with ISIS are supporting these acts and ideologies, along with possibly committing these acts as well. By their choice, they have become traitors and murderers.

Not only is the government allowing these traitors and murderers to return to the US, they are welcomed back with impunity. ISIS members, who are not citizens, are allowed to enter the US freely illegally through the porous southern border thanks to our jihad loving and supporting Muslim Manchurian candidate and his traitorous ilk occupying positions in our government. It would not be a far off assumption to say that US citizen ISIS fighters and members might help the enemy to cross the southern border, even providing them with shelter. Jihadi camps are dotted all over the US, training militants for war, possibly on US soil. Our government turns a blind eye. At some point, enough is enough. The people of this country should openly say what should be commonly known – one cannot be a fighter for ISIS and be a US citizen. After all, ISIS is establishing an Islamic caliphate, a state governed by Islam; a declared nation whose laws are steeped in the Quran and teachings of Mohammed. It is a system of government dotted with pseudo-religious components.

As it stands now, Bachmann is pursuing legislation to stop US citizens who have fought with ISIS from re-entering our nation. It should be supported by all Americans interested in maintaining freedom and protecting our nation. Americans should support stopping the re-entry of traitorous citizen ISIS supporters and fighters. The House of Representatives should hear clearly from the public that citizens who leave this nation to fight with ISIS should be barred from re-entry, lose their passport and their citizenship. Unfortunately, even if it receives resounding support, the traitorous Harry Reid will make sure it never sees the light of the Senate floor.

Now, more than ever, the corrupt in Washington need to go.