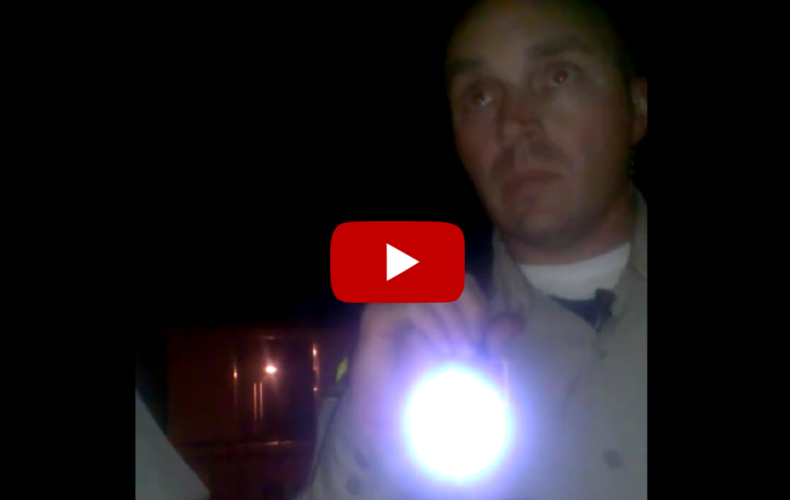 The following video footage, captured by Avel Amarel and uploaded to Youtube, shows how easy it is to stop police state tactics dead in their tracks.

When two police officers show up at the door claiming to be looking for a wanted fugitive, Avarel begins recording.

What you’ll see is nothing short of shocking, as police attempt to first enter his home without a warrant, and then attempt to turn him into a criminal for refusing to submit to their demands.

Keep in mind that entire conversation takes place on Avarel’s doorstep, with him standing inside of his home as police continue to push their way forward making unlawful demands.

But instead of intimidating him into submission, they get a lesson in the U.S. Constitution and the letter of the law.

Officer: Can you turn that [camera] off?

Officer: I said turn it off.

Officer: Turn that off because I don’t know what it is.

Avarel: I don’t have to tell you that. Do you have warrant? First of all I need three types of I.D. to explain who you are, because you could be anybody dressed up in a uniform.

Officer: You wanna play games? I’m gonna drag you out…

Avarel: That’s why I’m recording this. Straight to Youtube.

Avarel: Do you have a warrant? Or do you suspect me of committing a crime? There’s nobody in here. If you want to check, please go get a warrant.

Avarel: It’s the law. And right now you are in violation of color and law, because you are at my door with guns and I fear for my life. I have committed no crime. This is law. I am not harboring a fugitive. You have no evidence, video or audio. There’s no fugitive.

Officer: Would you allow us to search your house?

The only ones playing games, it seems, are the police as they attempt to make up circumstances for why they have the right to search this man’s home without a warrant and threaten to “drag him out” for no reason whatsoever.

The police state is in full effect. But Avel Amarel proves it can be beaten by citizen’s holding their government and its myrmidons to account.