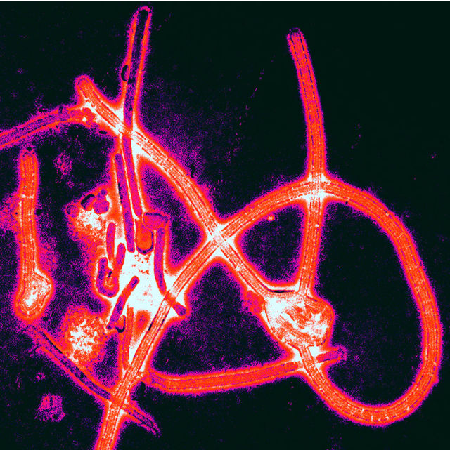 Exactly one month ago I wrote about, and charted the alarming spread of the Ebola virus. As I explained in the article, the virus is behaving very strangely. It doesn’t become infectious until the person shows symptoms, it isn’t airborne and it’s extremely lethal; all conditions that would normally keep a virus from reaching an epidemic status. And yet it continues to spread like wild fire.

By the time I had the opportunity to write about it, 800 people had died in the span of over 5 months. Now one month later, the number of deaths has nearly doubled to over 1500 people. Extrapolating on that trend, it would not be surprising to see the virus infect over a hundred thousand people by December.

Despite the uncharacteristic spread of the virus, it  isn’t the oddest thing to come out of the news lately. Recently it was found that the Ebola virus had spread to the Congo, and a total of 31 people have died of the infection. In a strange twist however, that outbreak ended up being completely unrelated to the Ebola in Western Africa:

The World Health Organization has just confirmed that the newly-identified cases of Ebola Virus Disease (EVD) in the Democratic Republic of Congo is genetically unrelated to the strain currently circulating in Liberia, Guinea, Sierra Leone, and Nigeria.

A WHO collaborating research center in Franceville, Gabon, the Centre International de Recherches Médicales, had previously identified six Ebola positive samples sent to the laboratory. They report today that, “the virus in the Boende district is definitely not derived from the virus strain currently circulating in west Africa.”

What are the odds? I mean, Ebola outbreaks don’t just happen every day. While it could be completely coincidental, this Ebola strain happens to be spreading just as fast as the West African outbreak. The first confirmed death in Congo occurred on August 11th, from a woman who was supposedly infected from eating bushmeat. Now, just shy of a month later there have been 53 cases and 31 deaths.

To put that in perspective, the last Ebola outbreak in the DRC killed 36 people between June and November of 2012. Another Congo outbreak killed 14 people between December of 2008 and February of 2009. 31 deaths over the course of 3 weeks is completely out of the ordinary, especially in the rural isolated community where this outbreak first occurred.

I think now may be a good time to strap on our tinfoil hats, because this is downright creepy. The rapid infection rate of the West African virus leads me to believe that this is a mutated strain, with a greater capability of infecting humans. Researchers in the field have come to the same conclusion:

For starters, the data show that the virus is rapidly accumulating new mutations as it spreads through people. “We’ve found over 250 mutations that are changing in real time as we’re watching,” Sabeti says.

While moving through the human population in West Africa, she says, the virus has been collecting mutations about twice as quickly as it did while circulating among animals in the past decade or so.

“The more time you give a virus to mutate and the more human-to-human transmission you see,” she says, “the more opportunities you give it to fall upon some [mutation] that could make it more easily transmissible or more pathogenic.”

Meanwhile the Congo Virus is also infecting humans at a rate far above previous outbreaks. Mind you, this is a separate strain existing roughly 2000 miles away from the West African virus. And yet it’s behaving in a similar manner.

It may be safe to assume that this virus is also unique in its ability to mutate, adapt, and infect humans. Again, what are the odds? While I’m no scientist, I can only assume two possibilities. Perhaps there is a very broad and natural process at work that we have yet to witness with our own eyes, or there is something much darker behind this “anomaly”.

I think there’s only one thing that needs to be said here. Among the academics and the elite, Ebola is a pretty popular candidate for global depopulation. If this is an engineered virus, released with the intent of culling the human population, then the timing is perfect to introduce a new strain in a remote region. The West African outbreak is pushing local relief efforts to the brink. As for the global relief effort, another outbreak in a completely different region would divide their dwindling resources, ensuring the infection has no boundaries. The virus could quickly spiral out of control, allowing it to go global. For once, I pray that I’m only paranoid.