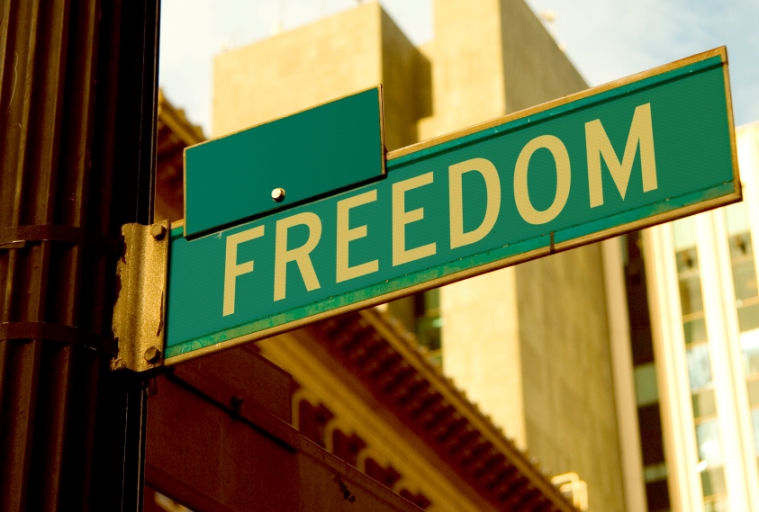 Democrats are desperate to make sure that nothing could interfere with their party winning elections and keeping seats of power. Sen. Harry Reid (D-NV) attacks and obsesses over the Koch Brothers making campaign contributions “tilting the field in favor of Republicans” while he and his Democrats welcome money from George Soros. But, it’s those evil Koch Brothers that have to be stopped at all costs. The cost being contemplated is an amendment to the Constitution, which could strip freedom from US citizens.

Next week, the Senate will schedule a procedural vote on amending the Constitution to allow Congress to regulate campaign spending. This comes as Democrats have disagreed with two Supreme Court rulings they oppose. The first, Citizens United vs. the Federal Election Commission, rules the “government cannot impose limits on corporate spending or politics-relation communications.” The second ruling from McCutcheon vs. the FEC ends the “aggregate limits on what people can contribute as individuals.” Democrats maintain that these rulings from the Supreme Court would allow corporations to “spend more money on ‘electioneering communications’ that will dilute the power of individual voters.” Now, since when did the Democrats care about the “individual,” voter or otherwise?

The procedural vote is expected to end the debate on the motion to proceed to Udall’s resolution. A super-majority will be need and Republicans are not likely to be on board making success doubtful. Sen. Patrick Leahy (D-VT) believes an amendment to the Constitution is “necessary” after the Supreme Court rulings. He is supporting this amendment, along with Reid, and his judiciary committee has approved the language. The vote is scheduled for Monday and will give Democrats and Reid one last chance to make their case before the Senate in favor of regulating corporate spending.

The amendment Democrats would like to see added to the Constitution is proposed by none other than Democrat Sen. Tom Udall from New Mexico. Here is the latest version of Udall’s proposed amendment, as rewritten by Leahy’s committee.

Section 1. To advance democratic self-government and political equality, and to protect the integrity of government and the electoral process, Congress and the States may regulate and set reasonable limits on the raising and spending of money by candidates and others to influence elections.

Section 2. Congress and the States shall have the power to implement and enforce this article by appropriate legislation, and may distinguish between natural persons and corporations or other artificial entities created by law, including by prohibiting such entities from spending money to influence elections.

Section 3. Nothing in this article shall be construed to grant Congress or the States the powers to abridge the freedom of the press.

While not a Constitutional scholar, there are plenty of issues with this “amendment” found just based on reading comprehension. First, what is political equality? Is this another term where accusations of discrimination can be slung; or, maybe some twist to yell “Political racism” or apply the label “political racist?” Is it a term where more unconstitutional, inequitable laws can be written?

In looking at this overall, this proposed amendment is another that would give power to the government instead of limit it. Now, according to this amendment, in Section 1, Congress and the States will regulate and set “reasonable limits” on the money candidates can spend and other can contribute. So, the government is in a position to “choose” how much a candidate can spend, how much others can raise, and how much others can contribute. This would basically put “government” in a position to limit the ability of any candidate they see fit from being elected by limiting money which, in turn, limits the candidate’s ability to use print, television, and other media to convey their platform to the public. What this basically would do is allow Congress and the States to limit the people’s choices thereby selecting “for the people” individuals they approve to be in Washington and state government.

And pray tell who decides what is the definition of “reasonable limits?” What happens when the States and Congress are in dispute?

The clue to the purpose of this “amendment” is stated plainly – to protect the integrity of government. It is not the “government” that was established by the people, of the people and for the people these hacks want to protect. Americans have seen what an election process full of integrity looks like when reviewing the 2012 presidential election. George Soros and his companies were neck deep in that election process in tallying votes. So, the current “integrity” is what these political skanks want to protect. It certainly is not any “integrity” that would favor US citizens.

Moving on to Section 2, there is a troubling statement here. This section allows Congress and the States to have the power to distinguish between natural persons and corporations or other artificial entities created by law, including by prohibiting such entities from spending money to influence elections. Congress will be granting itself and the States the power to determine (distinguish) between a natural person and corporations or other artificial entities. Who, in Congress, makes that decision? What criteria are they using? What does the term “natural person” mean? Not only will they “control” who is considered a “natural person,” they will then control what freedoms that “natural person” has, including prohibiting such entities from spending money to influence elections. In other words, the ability of an individual to contribute to the candidate of his/her choice to assist that candidate’s ability to win the election will be curtailed or prohibited, along with other freedoms. If Congress decides that someone is not a “natural person,” then that person is relieved of any individual God-given inalienable right bestowed upon them by their Creator, thereby making the government the grantor of rights of persons.

Many will say it is allowing Congress to differentiate between a person and a corporation – like they can’t tell the difference already. Always remember, what you may think is being said may not be what is being considered by those in power – including yours truly. However, neither Congress, nor anyone in Washington, has proven to be on the side of the American public or demonstrated any altruism regarding this nation.

Section 3 supposedly puts everything to rest by saying that nothing in this amendment is to be construed to allow Congress or the States to abridge the freedom of the press. However, the First Amendment is about more than the “freedom of the press.” What about the other freedoms listed in the First Amendment that Congress “shall make no law” regarding?

The First Amendment of the Constitution of the United States of America states, “Congress shall make no law respecting an establishment of religion, or prohibiting the free exercise thereof; or abridging the freedom of speech, or of the press; or the right of the people peaceably to assemble, and to petition the Government for a redress of grievances.”

According to the “drafted” amendment, the only thing that Congress will be securing freedom for is the press. The next question is “who does the government consider the ‘press?'” Dianne Feinstein (D-CA) is chomping at the bit to be able to “define” and “distinguish” who is considered the press in order to silence opposition and control what information is fed to the people.

Granted, politicians are caving to their big corporate donors with legislation and support for schemes, rules and regulations detrimental to the citizens of the United States. However, it is up to the people to remedy this by removing these scum from office, not keep re-electing them. The people have the power to stop the cronyism in Washington and at the State level; the power rests with the people, not the government.

Of course, to amend the Constitution requires a two-thirds vote of both houses, then must be ratified by the legislatures of three-fourths of the States. It is doubtful this proposed amendment will pass; however, stranger things have happened and truth is sometimes stranger than fiction.

But, we all know that the Congress, especially Democrats and Harry Reid, follow the Constitution when it comes to governing this nation. While Democrats, especially Harry Reid, are out to “get those Koch Brothers,” what happens should Republicans regain a majority in the Senate and keep a majority in the House? Once power is given to the government, it is never relinquished.

It is time to let your voice be heard in stopping this travesty. Contact your Senators and Representatives to let them know the First Amendment of the Constitution is not to be abridged.