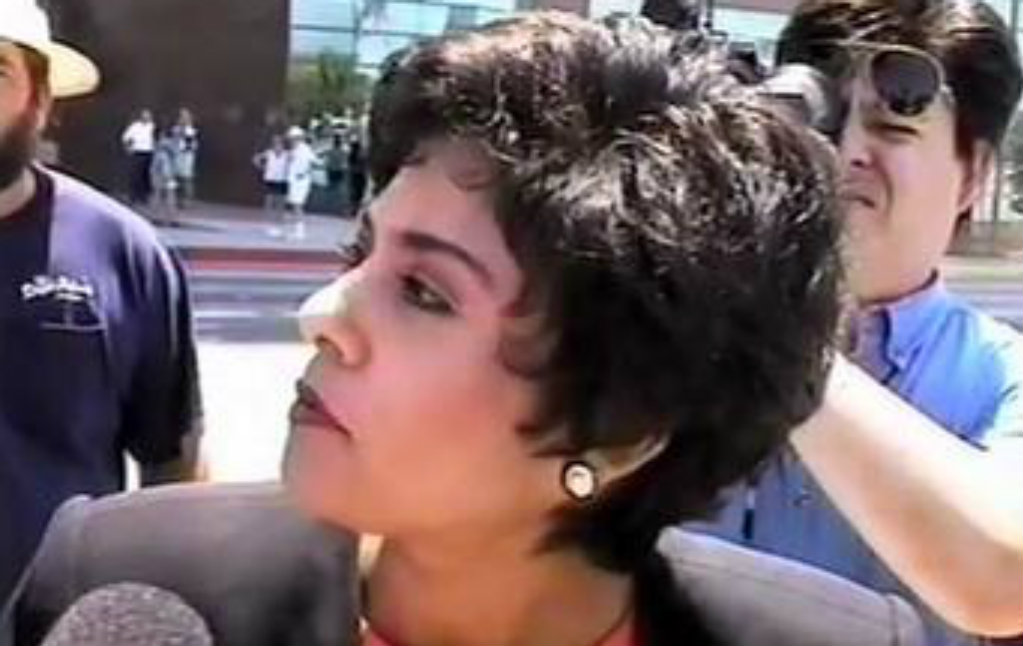 Racist! It’s the term that Communists, Socialists, Islamists and many other unlawful groups apply to those that simply want the rule of law to be applied. In a recent video, a Latina, Univision reporter was owned in her own racist plot as she tried to paint a white man into a corner by asking him if he was racist because he stood up for the laws of the United States against illegal immigrants flowing into our country unhindered. So when the cultural Marxists come at you like this, turn it around on them and own them and put them in their place.

The gentleman, who was beaten up by Latino protestors and had blood running down his face, was asked if he was alright. After confirming that he was “feeling better than ever,” the reporter then asked him if he was racist.

“Are you a racist?” she asked. “What do you think of these people now?”

The man told her he was not a racist and then asked her why she asked the question.

“Why is it that people who stand up for America and who want to protect our own borders… why are we always being backed up with the racist thing?” he asked.

“I’m standing here with a black man (Jesse Lee Peterson)…if I was racist… this is my brother right here,” he said, obviously pointing to Peterson. “If I’m standing with him, how can I be a racist?”

The reporter’s snide facial expressions tell you everything you need to know about her arrogance.

However, Peterson was going to challenge her own scheme, which she was attempting to employ on the gentleman who had been beat up.

“Are you a racist?” he asked the reporter.

When asked why she would ask the man if he was a racist, the reporter ignored the question and continued to ask why the man was standing in the same place she was standing in.

“You’re asking him because he’s white,” Peterson chimed in. “You want to get away with this racist remark. Are you a racist?”

When she answered again that she was not a racist, Peterson asked, “So how is it that he’s a racist for standing up for the country?”

Again, ignoring the question, the reporter (aka propagandist) continues asking the white man “Do you like the Latin people?”

Peterson once again challenges her, “Do you like them?”

She claims that she does. She also said she likes America.

“So what’s your problem?” asked Peterson. “You should be out here picketing with us. That’s a dumb question to ask. You asked that question so that you can use it on your program to make him look like a racist.”

At this point, the cultural Marxist useful idiot’s demeanor changed and she began to listen to what Peterson was saying.

“I love America too, but I say illegal aliens should be shipped back to their country,” he continued. “So why is that racist? You are a racist for asking him that question, and you’re only doing that because he’s white and you want to show it on your report tonight.”

Peterson then chastised her saying, “You shouldn’t play that kind of game.”

Both men then said she should be ashamed of herself for playing the game.

“You are in America, taking advantage of all the benefits that America has to offer, and your only comment is ‘Are you a racist?'” Peterson concluded. “That doesn’t make any sense.”

With that, the video ends and the reporter is humbled because she has been put in her place.

Peterson is right. We are all one blood. We come from the same line, the human race. We come from various backgrounds. We have different features of color, eyes, body build, hair color and the like because we are fearfully and wonderfully made by our Creator. However, when it comes to law, these things do not matter. It doesn’t matter if someone is from the Latin culture, African culture, European culture, Asian culture or our own culture, the law is to be applied and when people speak up calling for the law to be enforced, they are not racists. They are lawful.