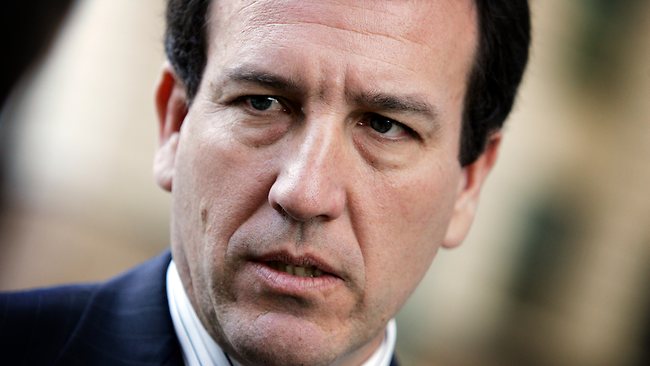 Mal Brough is a member of the Australian House of Representatives. On September 1, 2014, Brough posted to his Facebook a short video of a statement he made before Parliament expressing his views on what he calls “Islamic extremists,” but what we all know are merely devout Muslims following in the footsteps of Mohammad.

He began his statements by applauding the Prime Minister Tony Abbott’s statements on the developments in Iraq. He also is behind any humanitarian needs of the country as well.

However, he took the time to launch into blasting the Islamists in the region.

“I think that appeasement and containment is never going to be enough for people who have extremists views, who wish to dominate the world, to dominate what our Western values are,” Brough said.

“If we wish to protect Western values, I would ask the Australian government that I’m part of to use our position on the Security Council to advocate to the Western World that we will stay the course for as long as these extremists do,” he declared. “They have no intention to have a ‘holding pattern,’ to put people back into a box.”

He added, “They’re aim is to destroy everything that we stand for.”

“Unless we give an unequivocal demonstration that we’re not just about humanitarian relief, not that we’re just about containment, but are here to eliminate this threat, then we’ll continue to have Australians move to these places to be radicalized and in doing so, they can and will disrupt our life,” said Brough.

Mr. Brough is right, but he must realize that it is not a radicalizing that is the problem. It is conversion to Islam.

This isn’t just an issue for Australia either. It’s an issue for all of the West, including the United States.

In a recent article by Bryan Fischer, in which he says Islam is the Ebola virus of culture, he writes:

Quarantine is the only approach to Islam that will protect America. It has to be contained where it is, in Muslim lands, and we must stop the importation of this Islamic virus at our border.

At least with Ebola there is a decisive measure to actually quarantine for sure. I would prefer Brough’s method of elimination.

Fischer goes on to point out that about 7 million Muslims live in the US today. According to number from 2012, the American population was at 313.9 million people. So the Muslim population is roughly 2 percent in the US. He then informs us:

According to a Pew Research Poll from 2011, 19% of American Muslims think homicide bombings are okay.

If you do the math, that means 1,330,000 Muslims living right here among us right now are perfectly okay with the use of explosives to exterminate us with extreme prejudice.

The percentage of Muslims who support homicide bombings jumps to 31% among Muslim millennials. This, of course, is the cohort we have most to fear. Bluntly, this means that 1/3 of all the young Muslim men you meet would be happy to see you blown up. Think the Tsarnaev brothers here.

But America, it isn’t just the male Islamists we need to be concerned with. We have seen Australian beauty named Amira Karroum convert to Islam, engage in jihad and be killed in Syria. Or how about Oksana Aslanova, another convert to Islam, who bombed the Volgograd Railway Station in Russia? Or this 19 year old girl from Minnesota who wants to travel to Syria to take care of wounded jihadists, and there are countless other western women travelling abroad to advance the caliphate and join ISIS.

In many western countries, these same Islamists are currently being allowed back into their respective countries. While Congress debates (what is there to debate about?) new legislation that would stop this and the UK’s David Cameron contemplates similar action, the door remains wide open for Islamists to invade us. For goodness sakes, Obama has opened up our Southern border to both illegals from Central America, including jihadists, as well as New Jersey to import some 30,000 Syrians, who are possible followers of the death cult of Islam.

As Swiss Parliament member Oscar Freysinger and Dutch lawmaker Geert Wilders have openly expressed, Islam is not compatible with any ideology in the world because, in the words of Freysinger, it “gnaws at the pillars of our system of laws.”

I agree with all these men. Except they must stop using the terms “extremists” and “radical.” Islam is Islam, period. Until we are willing to come to grips with that then we will continue to not see the enemy clearly. Once we do that, we will be able to win decisively against what Islam is seeking to establish, which is nothing short of another Ottoman empire, but this time, it won’t be restricted to the other side of the world. We are already seeing its roots here in our own land. The question now becomes, what will Americans do to actually stop Islam in its tracks here at home?