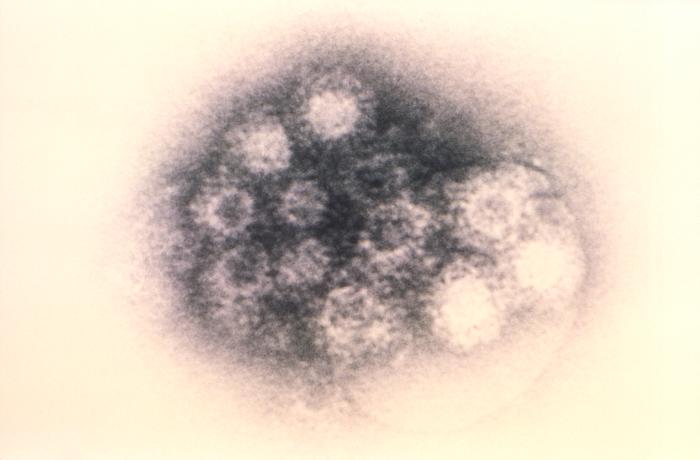 Just a heads up, apparently a rare respiratory virus called human enterovirus 68 (EV68) is sending kids to the hospital all over the Midwest and it just keeps spreading.

To be clear up front, for most people, this virus causes nothing more than a really crappy cold with the regular crappy cold symptoms. For young kids who suffer from asthma, however, this particular virus can be pretty dangerous.

Here are a few headlines to give you an idea:

Cases of rare respiratory illness could be ‘tip of iceberg,’ cases seen in NC

The reason it is sometimes referred to as a “mystery virus” is because doctors aren’t entirely sure how it is spread yet, although it does share some properties with human rhinoviruses. Since EV68 was first isolated in 1962, incidences of this virus in the U.S. have been rare. No one seems to know what is causing this sudden widespread outbreak.

“But this one, this particular Enterovirus 68, is very rare and they have no idea why it showed up this year,” ABC News Chief Health and Medical Editor Dr. Richard Besser said.

Ten states so far — including Kansas, Missouri, Illinois, Iowa, Kentucky, Ohio, Oklahoma, Colorado, North Carolina, and Georgia — have reported EV68 outbreaks, but the U.S. Centers for Disease Control and Prevention says it will be making its way across the country, so if EV68 isn’t in your state yet, it likely will be soon (especially considering most kids are just now starting back to school).

Thousands of kids have been affected so far and the number only continues to rise. In Kansas City, Missouri, for example, hospitals are seeing some 30 children a day in the ER, and 15% of them end up in intensive care.

While the virus starts out with the normal cold symptoms (coughing, sneezing, a runny nose, etc.), it’s wheezing that can get particularly dangerous and fast because of how this virus works on the respiratory system. Even kids who normally don’t wheeze are apparently wheezing from this.

Thus, some children afflicted with asthma who catch this virus are left unable to breathe, turning blue and ending up in the ER. What starts out as just a common cold can quickly evolve — many times in a matter of hours — to kids gasping for air, passing out and being rushed to the hospital where they are placed on ventilators in the ICU.

Considering that we now live in a country where one out of every nine kids has been diagnosed with asthma, parents should be on the lookout for cold-like symptoms that quickly turn into wheezing.