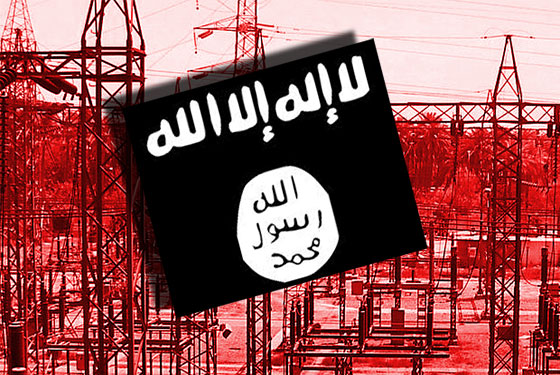 Leading into another 9/11 anniversary, the normal al Qaeda scarefest is nowhere to be found. This year’s fearmongering is all about ISIS, and September started by taking the rhetoric up a notch.

Back in August, it was all about how ISIS is tremendously well-funded and like nothing the Pentagon had ever seen and another 9/11 was on the way. Then we were told an ISIS terror attack on American streets is highly likely; so likely, in fact, that an Imminent Terrorist Attack Warning By Feds on US Border alert was released featuring the possibility that ISIS groups operating out of the Mexican border city of Juarez might attack the U.S. with car bombs, although no specific threats had been received.

Then we were told that there are nearly a dozen jets missing from war-torn Libya which could be used to strike 9/11-like targets.

The new and latest September-fresh talking point is that ISIS is going to attack America’s ‘frail and vulnerable’ electric grid. Frank Gaffney, founder and president of the Center for Security Policy in Washington, has actually given it the monicker “grid jihad.”

Not only that, but they are being VERY specific on exactly how ISIS could commit this act and all the ways it could cripple the country if they did.

At a recent press conference, Dr. Peter Pry, a former CIA officer and head of the task force on National and Homeland Security, went on record that America’s power grid faces an “imminent” attack by ISIS — and the media has run with it.

“There is an imminent threat from ISIS to the national electric grid and not just to a single U.S. city,” Pry warns. He points to a leaked U.S. Federal Energy Regulatory Commission report in March that said a coordinated terrorist attack on just nine of the nation’s 55,000 electrical power substations could cause coast-to-coast blackouts for up to 18 months.

“The Congressional EMP Commission, on which I served, did an extensive study of this,” Pry says. “We discovered to our own revulsion that critical systems in this country are distressingly unprotected. We calculated that, based on current realities, in the first year after a full-scale EMP event, we could expect about two-thirds of the national population – 200 million Americans – to perish from starvation and disease, as well as anarchy in the streets.” (source)

Here are just a few of the headlines now coming off the news wire.

Chicago Tribune: “ISIS has changed the game for America”

If ISIS gets a nuclear electromagnetic-pulse device and succeeds in setting it off in America, it could shut down our electric grid and plunge America into the Dark Ages.

KBOI2: “Experts warn of ISIS attack on US power grid”

“Inadequate grid security, a porous U.S.-Mexico border, and fragile transmission systems make the electric grid a target for ISIS,” said Peter Pry, one of the nation’s leading experts on the grid.

“By one estimate, should the power go out and stay out for over a year, nine out of 10 Americans would likely perish,” said Frank Gaffney, founder and president of the Center for Security Policy in Washington.

Pry surmised such an attack on the U.S. power grid “wouldn’t be difficult for them.”

“There are … open-source computer models where you can figure out which are those nine critical transformer substations where if attacked would take down the whole national power grid,” he said.

So glad he’s busy giving out precise instructions on exactly how to accomplish this. Let’s continue.

International Business Times: “ISIS Will Target the U.S. Power Grid, Former CIA Says; Could Tap Other Fellow Extremist Groups to Do the Job”

“All they’ve got to do is contact the Knights Templar, wire these guys $10 million, I mean they’ll do anything for money. And say, ‘Hey, go across that open U.S. border and take out the electric grid in Arizona, or New Mexico, or Minnesota or New York. Or the entire nation.’”

Oh so knocking out the grid would run them about $10 mil?

KGNS.TV: “Security experts warn about possible ISIS targets in the US”

“Unfortunately, there’s a lot to evidence that enemies of this country have figured out that if you attack that very vulnerable grid, they could cause cataclysmic damage to the American people,” Gaffney said.

Gaffney says the “domino effect” of an attack on the electric grid could reach all corners of the country and be deadly.

Peter Pry even showed up on Fox to , er, discuss the ISIS electric grid threat:

At this point, all the bases on this scenario have been covered. The only thing they didn’t do was give senior ISIS leadership a tour of a major power plant, complete with fake badges and blueprints as take home souvenirs.

If these experts and reporters have left any detail to the imagination on exactly how ISIS could carry this plan out and what precise steps are needed to make it a reality, I’m not sure what that is.

The repeated talking point also seems noteworthy, considering  that one of the last warnings former Homeland Security Secretary Janet Napolitano gave to her successor in an ‘open letter’ before heading out the door was that a cyber or physical event that knocks out the power grid will occur – and it was not a question of “if” but “when.”