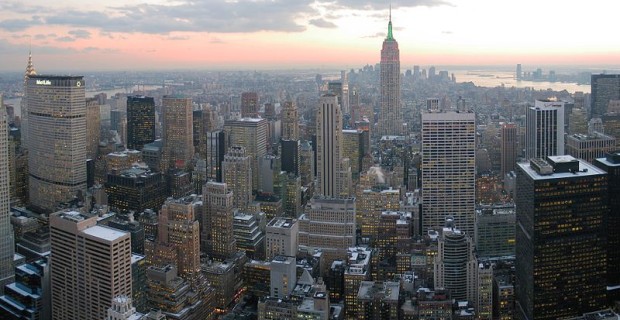 A U.S. Army report warns that American troops need to be prepared to enter New York City and other global “megacities” in order to prevent civil unrest, political uprisings and protect key infrastructure and natural resources in the national interest.

The report, entitled Megacities and the United States Army (PDF), was released by the Chief of Staff of the Army, Strategic Studies Group.

Cautioning that the power of national governments to deal with the problems caused by increasing urbanization and the growth of megacities is “diminishing,” the report notes, “It is inevitable that at some point the United States Army will be asked to operate in a megacity and currently the Army is ill-prepared to do so.”

Given increasing concerns about martial law and the militarization of domestic law enforcement in the United States, some will be concerned to learn that one of these “megacities” where U.S. troops may operate is New York City.

Indeed, the report notes that, “It is plausible that the Army could be called to act in one of these places tomorrow. As their size and importance grows, it becomes probable.”

Reasons given for why U.S. troops may be sent into major cities to deal with social dislocation include “unrest,” “income disparity,” “natural disasters,” and “illicit networks” who challenge state power. According to the report, all of these problems will create “friction which compels future military intervention” that “will require boots on the ground.”

The document also spells out how many of these megacities represent “conduits for access to critical natural resources, like petroleum,” resource trends which represent “strategic key terrain in any future crisis that requires U.S. military intervention.”

“Such conditions would likely call for some form of outside intervention. If the demand signal or threat poses enough risk to U.S. national interest, military intervention is a likely scenario,” states the report.

In dealing with unrest or upheaval in megacities, the document notes that controlling urban populations physically is virtually impossible and that, “Virtual isolation is even more improbable given cell phone saturation in urban environments worldwide and global interconnectedness through the World Wide Web.”

The report warns that the “Army is not prepared for operations in these unique operational environments,” concluding that “the Army is currently unprepared” to respond to strategic surprises that could emerge as a result of rapidly growing megacities.

The document lists a number of recommendations to prepare U.S. troops for intervention in global megacities, one of which includes building, “civil-military partnerships to facilitate training, testing and experimentation in large U.S. cities.”

As we highlighted in a previous report, part of the U.S. Army’s preparations for occupying megacities also include the neutralization of groups “who can influence the lives of the population while undermining the authority of the state,” a chillingly vague description which could easily be applied to political dissidents.

Given recent Army training manuals which detail preparations for “full scale riots” within the United States during which troops may be forced to engage in a “lethal response” to deal with crowds of demonstrators, the fact that U.S. troops are being prepared to occupy major cities in the near future is extremely concerning.

In light of warnings that ISIS terrorists are preparing to cross over from Mexico and conduct attacks on U.S. soil, many will question why the Army is focusing on internal occupation of cities when America’s porous border represents a far more pressing security threat.