“But this one, this particular Enterovirus 68, is very rare and they have no idea why it showed up this year.”

NO idea why…I don’t think so as ‘they’ know exactly why our kids are getting sick…as in its just another little bit of  ‘anything but happiness’ from our borders NOT being secured…period.

And so it seems that soon after the deluge of pint-sized criminals crossed ILLEGALLY into our country because of those unsecured borders…and with them still coming but to a somewhat lesser degree…our kids started to get sick…very very sick. And it has been well documented that many of those pint-sized criminals were sick when they crossed with what ‘they’ tried to pass off as NOTHING but mere ‘sniffles.’ But isn’t it more than a bit coincidental that ‘suddenly’ an extremely rare respiratory virus started hitting our kids…hitting them hard all across the country…hitting them in the very states where Barack HUSSEIN Obama dumped these thousands of pint-size criminals. And our kids are getting sick because they have NO immunities to something they have NEVER been exposed to before.

And the so-called ‘experts’ claim they do NOT know where this virus came from or why all of a sudden it is showing up here now, but that is to put it bluntly a LIE for logic itself dictates exactly where it came from and exactly who brought it in. And logic also dictates exactly whose fault it is that this dangerous virus is here in the first place…as in can you say Barack HUSSEIN Obama and our unsecured ‘everyone is welcome if you vote Democratic’ borders. 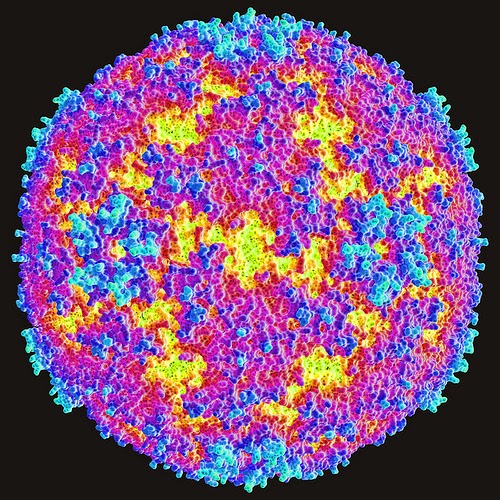 And this little bit of nastiness has already sickened more than a thousand children in 11 states (as of this writing) and if CDC predictions are correct is more than likely to become a nationwide epidemic. And while experts suspect the outbreak is caused by a respiratory virus called human enterovirus 68 (EV-D68)…a virus related to the rhinovirus that causes the common cold. But this virus is anything but the common cold as the common cold does NOT send children to the hospital gasping for breath. And while enteroviruses are indeed very common…causing between 10 and 15 million illnesses in the U.S. each year…the fact is that this particular enterovirus is NOT common in this country but is very common in poverty stricken undeveloped countries…countries like those where these pint-sized criminals and oh so ILLEGAL older children came from.

EV-D68 was first detected in the U.S. in California in 1962, but less than 100 cases have been confirmed anywhere in this country in the 52 years since then, but isn’t it odd that now there are thousands of children infected with their numbers growing daily. Again…do I really need to say more as to why all of a sudden this virus is here now…simply connect the dots and know that the picture isn’t pretty.

Eleven states so far…Missouri, Kansas, Illinois, Kentucky, Iowa, Colorado, Ohio, Oklahoma, North Carolina, Wisconsin, and Georgia, have all reported outbreaks of this particularly nasty virus and are asking the CDC for help. And again, all these states have schools where the ILLEGAL children have been enrolled and entered into the student population…and now all 50 states (got that Obama 50 NOT 57 states…57 is the number of islamic states but you know that) are on alert as hospitals across the country are seeing a spike in the number of pediatric patients being admitted to the emergency room.

And to show just how serious this epidemic is, Children’s Hospital Colorado in Denver, reported that between August 18th and September 4th…in a bit more than two short weeks…doctors saw more than 900 pediatric patients with symptoms of EV-D68 in the emergency room. Of those who came in, 86 were admitted into the hospital with a handful ending up in the intensive care unit.

Starting with a simple runny nose this virus rapidly progresses into coughing, wheezing, and trouble breathing even for kids NEVER having a history of wheezing…even for kids NOT being asthmatic. And these kids suddenly are NOT only wheezing but gasping for every breath as they are rushed to the hospital with many ending up with a breathing tube down their throats…intubated and on a ventilator…because they simply cannot breath on their own.

And guess what…there’s NO vaccine for EV-D68 and NO special antiviral medication to treat it…it has to run its course with palliative supportive treatment, and with fingers crossed to hope for the best.

And the bottom line is that EV-D68 has most assuredly been brought into this country by the very pint-sized criminals Obama has allowed to stay…NO matter what he or ‘they’ say.

So where do we go from here…what do we do to stop our children from getting sick…the usual things are being touted like our kids should wash their hands often with soap and water…like that will ever happen…that our kids should avoid touching their eyes, nose, and mouth with unwashed hands…like that too will ever happen… and that our kids should avoid sharing or trading lunches in school…yeah right. But I have a better way to keep America’s children safe from EV-D68 along with all the other assorted ‘nasties’ these pint-sized criminals are bringing into our country… round up all the ILLEGAL children Obama disbursed throughout our country (and he knows exactly where they all are) and send them back…deport them…to whence they came for our children’s health…maybe even their lives…depends on it.