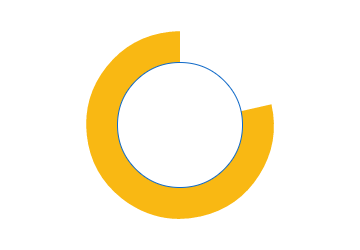 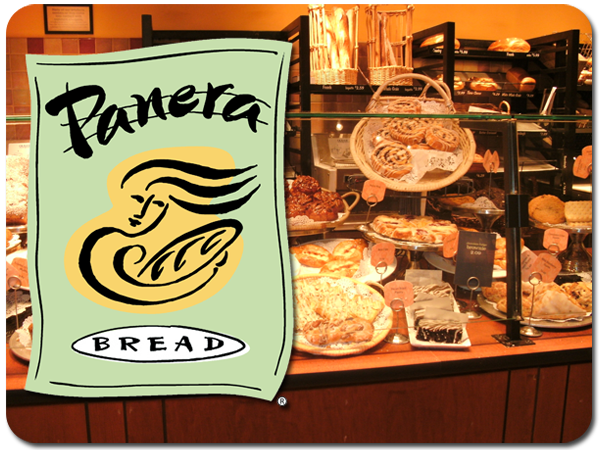 Some say that lightning doesn’t strike twice but, not only has it struck twice, it seems to have struck mainstream media for a third time.

What you need to understand is that the 2nd Amendment is not truly a left v. right issue. It is more accurately a hard-left or elitist-left v. the American people issue. The average democrat is very much in favor of the right to bear arms. The same can not be said for those they elect.

In July I revealed some MSNBC poll results that might seem shocking to some. But the MSNBC readers clearly voiced their opinions and they were overwhelmingly in favor of constitutional carry:

For those who wonder why MSNBC has lost nearly half of its viewers, this might serve as yet another example. A poll, hosted on MSNBC.com, asked a simple question:

Do you think people should be allowed to carry guns in public?

This result does not fit in with the network’s leftist narrative or agenda. To listen to MSNBC you would think that 90% of Americans are begging to turn in their guns so that they can receive the proper state protection.

Strangely enough, both MSNBC and CNBC decided to ask readers how they felt about Panera’s recent decision to ask its customers to leave their guns at home. You would think they would have learned from the bad PR of the last such poll but they definitely did not. The results were much the same. Gunssavelives.com reports:

It looks like even CNBC’s and MSNBC’s readers (which aren’t exactly known for being pro-gun) think that Panera’s new anti-gun policy is the wrong move.

You can see a screenshot of the results of a poll taken at CNBC above, as of earlier today. As of publication time over 10,000 people had voted and 74% of respondents said it changed their opinion of Panera Bread for the worse. Only 20% said it changed it for the better.

A poll on MSNBC shows similar results. In that poll 67% of respondents answered the question “Does Panera’s unprecedented decision change your view of the company?” with, “Yes, the new rules infringe on my right to bear arms.”

“Within our company, we strive to create Panera Warmth,” the company said in a statement released Monday. “This warmth means bakery-cafes where customers and associates feel comfortable and welcome. To this end, we ask that guns not be brought into this environment unless carried by an authorized law enforcement officer. Panera respects the rights of gun owners, but asks our customers to help preserve the environment we are working to create for our guests and associates.”

I left out the screen shots, for now, because the poll is still very much active and the results have become even more pro-gun. As of this morning, these are the latest numbers:

I do not propose that these are completely scientific polls. After all, if publications like Guns Save Lives and D.C. Clothesline pick up a story it is liable to garner more pro-gun votes than the poll would have normally received.

However, what I will contend is this. Those who vote in these polls do so because they are passionate and opinionated on the subject. MSNBC readers certainly aren’t passionate about gun control as they proved in early results. And you might even draw a conclusion that the early results prove that most democrats support the 2nd Amendment. Conservatives don’t watch or read MSNBC propaganda.

The results from here on out should be taken with a grain of salt. Now, because of the blogosphere, you are seeing the poll results flooded by activists and there are clearly more pro-gun activists in America than anti-gun activists. But that is not something that should be discounted either.

We may not have Michael Bloomberg’s money but we have opinions and we are not afraid to voice them.

The majority of Americans, including a good number of democrats, will stand for no further infringement of our right to bear arms.

My sincere hope is that this hits Panera where it hurts. I would hope that company profits suffer. That can only happen if we make conscientious decisions to discontinue our spending with businesses who do not respect the Constitution. 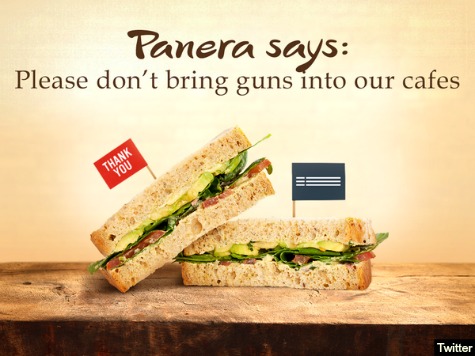 I won’t Panera. I won’t be bringing my wallet or my five children either.