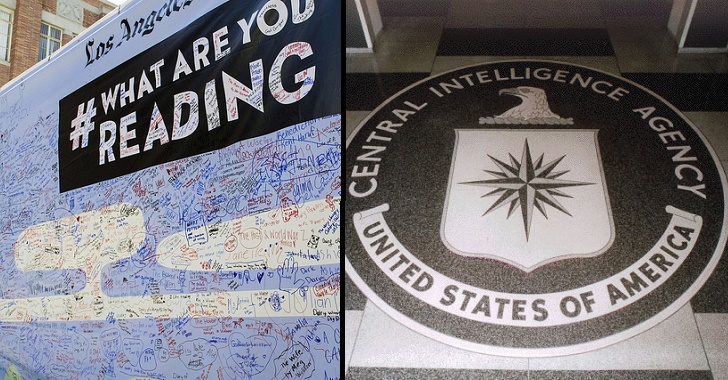 Ken Dilanian, an AP ‘journalist’ and former LA Times writer, was exposed recently for coordinating with none other than the Central Intelligence Agency.

He submitted his articles in progress and pieces of information he was to use in articles to ‘CIA Press Handlers’ via email, and documents obtained by ‘The Intercept‘ illustrate the entire process of oversight and heavy influence exerted by the CIA over the LA Times, as well as several other corporate media outlets.

Dilanian promised in emails that he would paint the agency in a positive light. He used his writing abilities for darkness, doing such things as making it seem as if drone strikes were morally justified, painting his stories as if innocent people were not savagely shredded to pieces in drone strikes.

This is just one glimpse into  a large connection to be further uncovered with irrefutable pieces of evidence such as these leaked emails.

To cite some of these emails between Ken Dilanian and CIA press handlers, here is a quote; “I’m working on a story about congressional oversight of drone strikes that can present a good opportunity for you guys,” Ken said in an email to a CIA press handler. He continued to say that his ‘journalism’ about drone strikes would be “reassuring to the public”.

These are some of the most concrete facts out there that show precisely how the corporate media is bought and paid for, controlled by powers that annihilate the objectivity of the reporting. That objectivity obviously never existed; for those who just can’t seem to believe that mainstream media intentionally, calculatedly manipulates people into holding opinions that don’t align with reality, here is your irrefutable proof, and much more is coming.

All of these revealing emails are the result of FOIA requests by people fighting the good fight; hundreds of pages were released revealing connections between the CIA and The Associated Press, Washington Post, New York Times, Wall Street Journal, and more.

If you thought that was bad, the documents proceeded to reveal that people from those ‘news agencies’ routinely went to meetings with CIA press handlers in McLean, Virginia.

FOIA requests for connections between government agencies and the corporate media are on the rise, and more will surely be revealed. Really though, do you feel like you need more evidence suggesting the mainstream media coordinates with the CIA and associates?

These mainstream media outlets have not only lies and manipulation to be guilty of, but they have blood on their hands.

The mainstream media’s manipulation of the American people’s perception of war leads to mass apathy, which plays a large role in the US Government and associated powers having the ability to get away with murder, war crimes, and numerous other atrocities with impunity .

The documents referred to in this article can be viewed here, thanks to The Intercept.

Some people don’t understand this and just need the straightest, most irrefutable facts to be fully convinced of the reality of this situation. On that note, please share this with absolutely as many people as possible, and if you can get a person who didn’t get it before to understand it now, you have put in work to accelerate the paradigm shift towards massive awareness and peace.