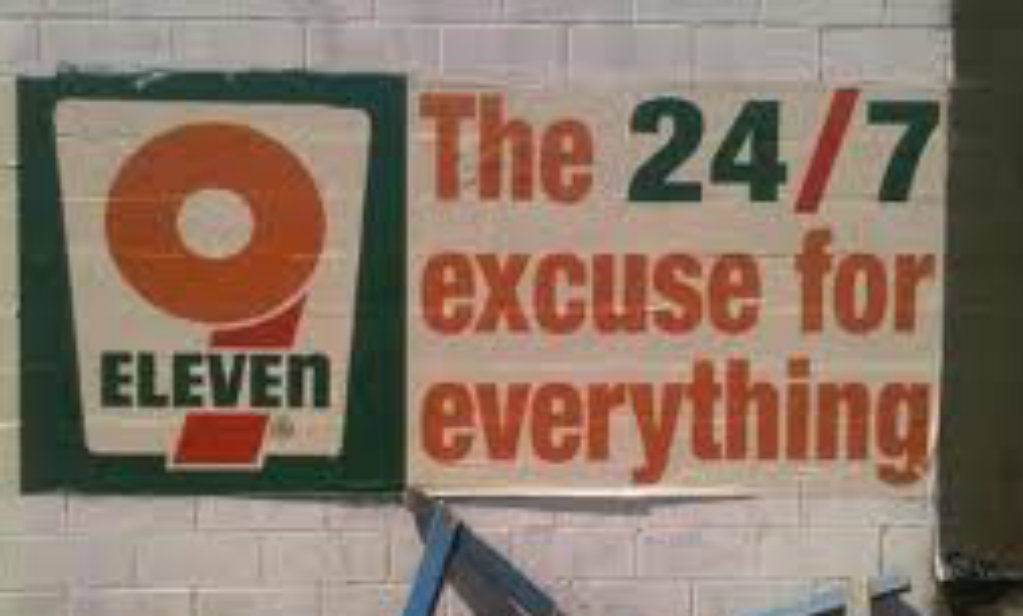 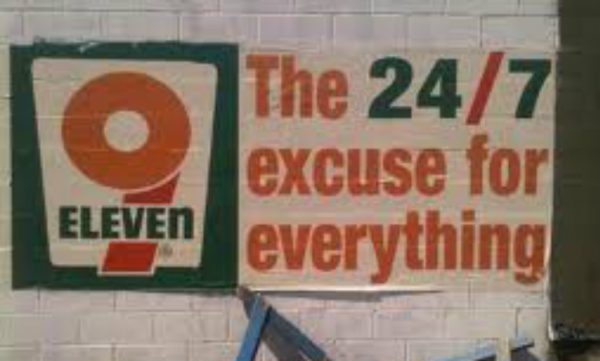 The JFK assassination, the Oklahoma City Bombing, the Boston Marathon Bombing, the London Subway Bombings and the events of 9/11, nothing ever changes. The public is looking at either a massive series of coverups or unwarranted secrecy with regard to the evidence leading to each crime.

The ink is dry on each on of these investigations, however, the government still withholds the evidence from public scrutiny like we are a bunch of little children too emotionally fragile to handle the truth. In each case, the actions of the government, related to needless secrecy, invites conspiracy theories. Therefore, once again, I add my voice in unison with the other voices who demand transparency in order that the public can determine if they agree with the government’s findings in each one of these cases. We live in a time where DHS will categorize an individual as a terrorist if they question on the government on nearly anything. At the risk of being hauled away and never heard from again under the NDAA, I wish to, once again, bring forth my objections to the government secrecy of the events of 9/11.

On that day, the newest day that will live in infamy, we lost over 3,000 countrymen and  13 years later, the victim’s families have still not received closure because the facts are being held under lock and key by the government.

Three Thousand American victims perished. First responders to the WTC on 9/11 have died and are dying in growing numbers due to their exposure to toxins at ground zero which was further complicated by the fact that government front man and now BP apologist, Ken Feinberg, denied medical coverage for these brave individuals. Untold numbers of family members will be haunted for the rest of their lives over the their tragic loss on that fateful day.

Once again, I am addressing this heinous conspiracy on behalf of the approximately 3,000 grieving families as well as the American people that deserves to be told the truth.

I Refuse to Wait Seven More Years for Answers

A general historical rule of thumb states that one cannot judge the true implications of landmark events for 20 years following the event. History has indeed demonstrated that a culture is not a good judge of its own immediate history. With regard to the events of 9/11, we are over half way through this historical prohibition related to the judging the significance of a landmark event. However, a clear and unmistakable pattern is beginning to take shape. And that pattern points to a government who continues to lie about the events of 9/11. I want answers and I want them now!

A Day That Will Live In Infamy

Pearl Harbor is often heralded as the most defining event in the 20th Century. The events surrounding the events of that fateful December 7th day have been meticulously investigated (e.g., battle tactics, leadership ineptitudes and conspiracy theories). Do the three thousand families of the victims of 9/11 deserve any less of an analysis? Apparently, the United States Government does not think so. Therefore, in the absence of full disclosure, the rank and file of the American people are left to conduct their own investigations. However, for many who have dared to question the official 9/11 Commission Report, they have been met with unyielding oppression which has often resulted in the researchers and skeptics being fired and publicly humiliated (e.g., Steve Jones).

I have serious doubts about the validity of the findings of the 9/11 Commission. The findings are neither complete nor completely believable in their present form. Here is a brief and partial summary of my continued unanswered questions related to 9/11 that I want answered.

It Is Time for Answers

1. Why was the video of the Mineta testimony removed from the 9/11 Commission website?

2. Why has not the government addressed the “coincidence” of Able Danger? It is a case of a terror drill providing plausible deniability for the terror act embedded within the drill.

3. What explains the failure of the Government to release the many videotapes of the plane, on approach, that struck the Pentagon? It is 12 years later, where are the tapes?

5. What can explain the failure of the government to scramble jets over a period of an hour and twenty eight minutes between the Twin Towers being struck and the crash in Pennsylvania? With this kind of air security, Somalia could successfully invade the United States.

6. How could the unrelated events of 9/11 and the invasion of Iraq be successfully linked which culminated in the demise of Saddam Hussein despite strong evidence to the contrary?

7. What explains the well documented (e.g., Kevin Phillips) Bush/Cheney plans to invade both Afghanistan and Iraq within the first 10 days of the Bush Administration? This was well in advance of 9/11? However, 9/11 was used as the excuse in the early days of our military action to justify these unwarranted invasion. Why wasn’t this contradiction investigated?

8. The well documented engineering and architectural arguments which, in my mind clearly demonstrate that the fire and heat generated by the planes striking the Twin Towers were insufficient to melt the core of the buildings. Why doesn’t this evidence support the 911 Commission findings? Why hasn’t a Congressional investigation looked into this striking discrepancy?

9. What could explain the almost near free-fall collapse of all three towers which defies the official explanation? Never before in the history of engineering and planes crashing into buildings has a building come down in such a free-fall and symmetrical manner?

10. Where are the pieces of plane wings that supposedly struck light poles on its approach to the Pentagon? Shouldn’t independent investigators be able to examine these wings to determine the authenticity of the 9/11 report on this topic. The trust me approach did not fly in 2001 and it damn sure doesn’t in 2014.

11. The attack upon the Pentagon appears to any layman who looks at this evidence to look more like a missile strike than an airplane crash. Why does the circumference of the hole in the Pentagon greatly differ from the width of the plane? Why is there an exit hole on the backside of the building since the plane melted upon impact? Where is the debris field that one would expect on the backside of the building?

12. What about the pop outs we see on each floor of the WTC buildings before the collapse? How could this not be considered to be a controlled demolition?

13. Where are the skid marks on the lawn prior to impact at the Pentagon that would have been left by the plane which supposedly struck the Pentagon?

14. What about the evidence which strongly suggests that 11 nations warned the United States about the possibility of such an attack?

15. Maintenance worker, William Rodriguez, was the last man out of the Twin Towers. At 8:46AM, Rodriguez reports that he heard two distinct explosions, seven seconds apart, which emanated from the floors below him. Rodriguez also reports the two explosions occurred before the planes hit the towers. Rodriguez was interviewed by the 911 Commission for 30 minutes, in secret, behind closed doors. His testimony is conspicuously absent from the 9/11 Report. So why did the last man out of the Towers manage to have testimony left out of the 9/11 Commission Report?

16. Brigham Young University professor, Steve Jones, concluded that super thermite was used to bring down the Towers, including Tower 7, through a controlled demolition. Jones contends that he was warned by governmental officials that if he published his results his personal “pain would be great.” And the warning proved prophetic as Jones was fired his job as a professor after publishing his results. How does a tenured university professor get fired for publishing legitimate research results when the peer review process could have been utilized to analyze and discredit the Jones’ claims?

17. Ground Zero rescue worker, Mike Bellone, claims he was approached by unknown FBI agents a short time after he and his partner, Nicholas DeMasi, a retired New York firefighter, found three of the four “black boxes” among the WTC rubble before January 2002. In the 9/11 Commission Report, Chapter 1, footnote 76, there is the sole but definitive reference to the airline “black boxes”: “The CVR’s and the FDR’s [voice and flight data recorders] from American 11 and United 175 were not found.” With this obvious contradiction, why weren’t these two rescue workers interviewed by the 911 Commission?

18. How could all four black boxes not be retrieved by the FBI when nearly ALL crashes through course of modern aviation history, do retrieve the black box?

19. When LBJ ordered JFK’s presidential limousine stripped and cleaned, he effectively destroyed the primary crime scene in the murder of JFK and implicated himself as a co-conspirator in the murder. In similar fashion, forty one truck loads of debris were hauled away from Twin Towers within hours of the crime and not one piece of the evidence was analyzed as a crime scene. This is obstruction of justice. Who ordered this illegal action to take place and why?

Both events are felonies as they clearly represent the tampering of a crime scene. Why didn’t the 911 Commission Report address the question as to why normal crime scene investigative techniques were not employed?

20. Much of the remaining crime scene evidence is still being held under lock and key at Hangar 17 at JFK Airport. Thirteen years later and with the ink dry on the 911 Commission’s findings, why isn’t the evidence made available to journalists and investigators? What is the government afraid of?

An earlier generation knew that the government was lying about JFK’s murder, but did little to force the truth out into the open. I refuse to capitulate to the same kind of arrogance and the possible underlying motives of key government agencies with regard to the events of  9/11. Until these twenty questions, and any other pertinent questions are answered, to the satisfaction of the victims’ grieving loved ones, I will never let go of this issue and neither should the citizens of this country. We have a solemn duty to the dead and their loved ones to discover the real truth about the events of that fateful day. Also, let’s not forget that we lost our individual liberties on that fateful day as well.