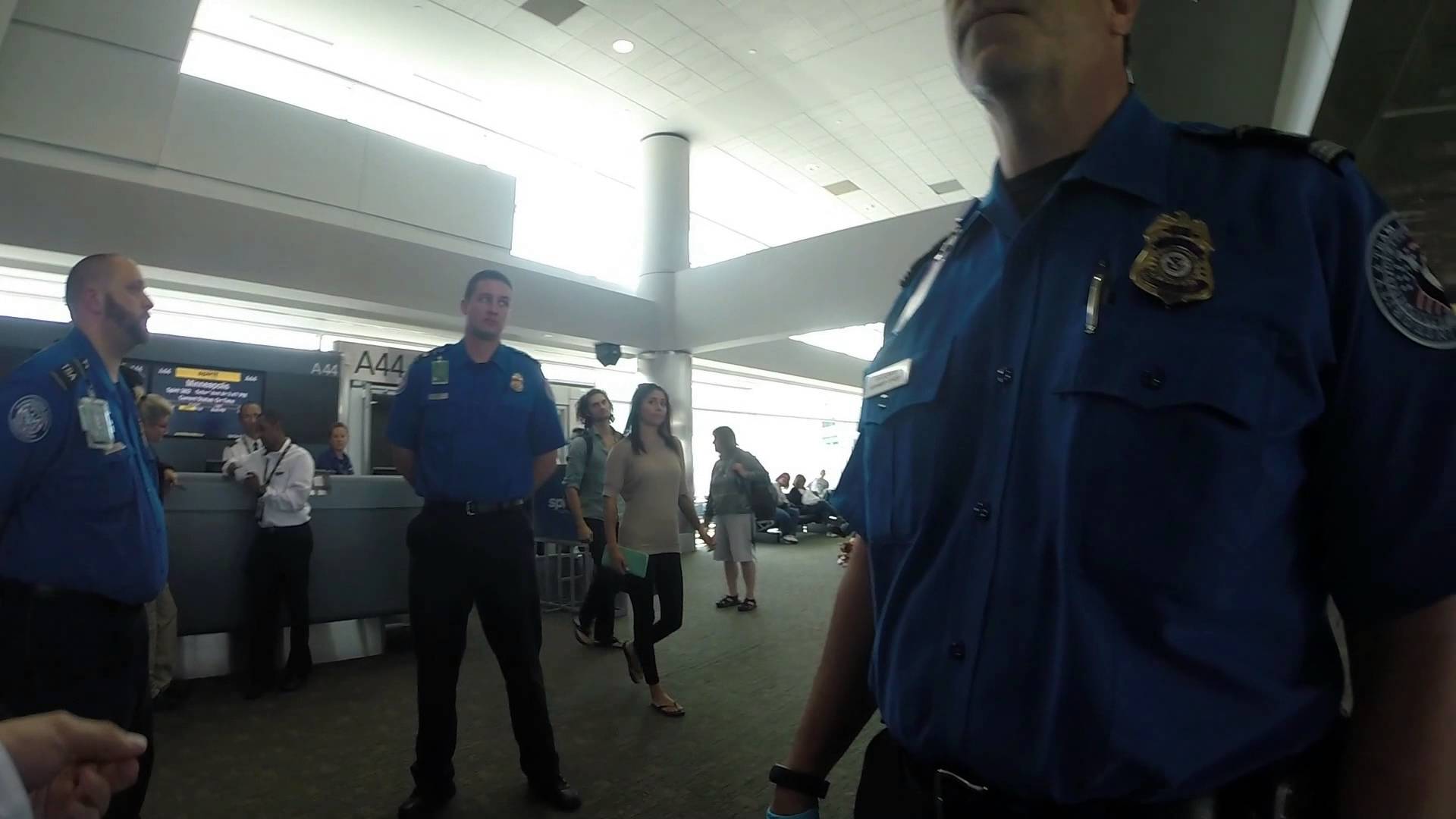 Security mix up caught on camera

TSA agents demanded to conduct a full body pat down on a man after he had already landed and was set to leave Denver Airport in a security mix up that was caught on camera.

Kahler Nygard flew from Minneapolis-St. Paul International Airport to Denver last Saturday but was told to exit the plane before all other passengers before being met by TSA agents at the gate.

Video of the incident shows Nygard asking if he is being detained by TSA agents as an officer requests that Nygard follow him into a private screening room.

“Sir, where are you going?” asks TSA agent Alex Grossman as Nygard begins to leave the airport.

After Nygard says he left his boarding pass on the plane, the TSA officer makes a call before asking Nygard to undergo further screening that “may or may not have been completed in Minneapolis.”

“Why can’t I just leave the premises?” asks Nygard, adding, “Why do you need to do more screening if I travel from point A to point B safely, why does there now need to be more screening before I leave?”

Grossman says Nygard is not being detained but continues to demand he undergo a “complete screening” which includes a search of his body and his bags.

When Nygard states that he is going to leave, the TSA agent threatens to call Denver police who will apprehend Nygard “for refusing our direction.” The agent is unable to provide a statute or law under which this is permissible.

Nygard then leaves the airport as Grossman calls the police. Nygard was able to leave the airport without being apprehended by law enforcement.

A local Fox News story about the incident said that Nygard, “was on a list that should have singled him out for screening — but that didn’t happen.”

According to the report, Nygard should have been subjected to enhanced screening at Minneapolis Airport because his name was, “on the secondary security screen list known as “quad S,” and Nygard, “had a boarding pass designated with four bold S’s.”

The TSA failed to notice the details on Nygard’s boarding pass and he was allowed to board the plane. It was only after a Spirit employee called the TSA when the plane was half way to Denver that the oversight was recognized.

Nygard, “slipped through three layers of security, and no one was any the wiser until he was already in the air,” states the report, noting that some of the red flags that get someone on the ‘quad S’ list include, “buying your ticket the same day, paying cash, or getting a one-way ticket.”

In an email to Infowars, Nygard said that the Fox News story was mostly “lies,” noting that he was forced to undergo a full body pat down at Minneapolis Airport. Nygard also states that Fox News’ characterization of him as a “Somali-American man” is inaccurate given that his descendents are Poles and Norwegians.

This is by no means the first time that the TSA has attempted to conduct pat downs on passengers after they have already exited their mode of transportation and are attempting to leave the facility. In 2011, travelers were subjected to an invasive pat down and bag search after getting off an Amtrak train in Savannah, Georgia.

The video below shows Nygard leaving the plane as the other passengers remain seated.