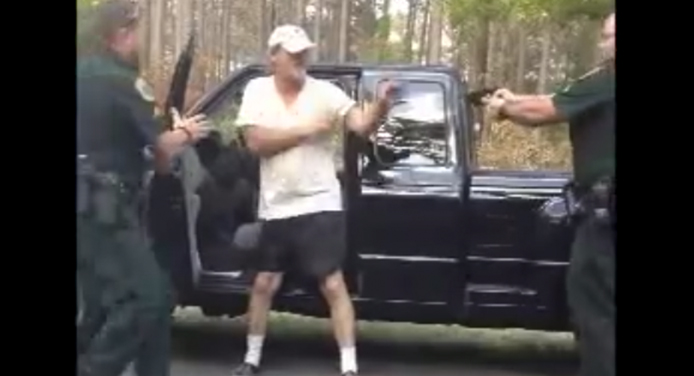 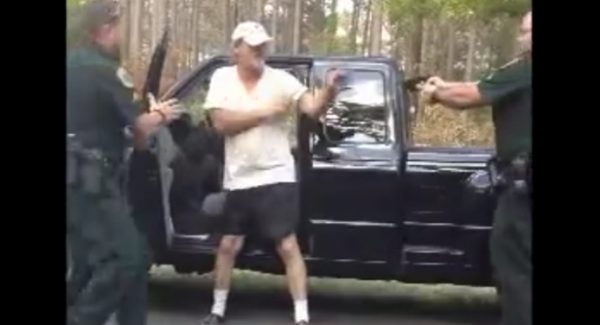 All charges have been dropped against Roy Sherman, the man who was tased, arrested and charged with assaulting a deputy, all for trying to inform officers his son was autistic during a routine traffic stop in Marion County, Florida CopWatch reports.

On May 18, Sherman received a call from his 22 year old autistic son saying that he was being ticketed by the police. Doing what any father would do, he jumped in his car and sped over to where his son was pulled over.

Upon arriving on the scene, Sherman did not exit his car, and he kept it running. He simply pulled up alongside his son’s vehicle to alert the officer that his son was autistic, a very smart move considering how we have been seeing police handle people with disabilities (see Kelly Thomas, Yanira Serrano, Ezell Ford, Ryan Maldonado, Antonio Martinez, Robert Saylor, to name a few).

After informing the officer that he was the young man’s father, the officer demanded Sherman leave or be arrested.  Sherman did not pull away, so the officer told him he was under arrest and headed towards Sherman’s vehicle.

Having done nothing wrong, Sherman kept insisting that he did nothing wrong and was simply trying to inform him that his son was autistic.

Another officer arrived and allegedly entered Sherman’s truck through the passenger side door and pushed him out of his vehicle.  Once Sherman was out of the vehicle the first officer tried to throw him to the ground, when Sherman didn’t go down, the officer tased the innocent man with heart troubles, which can be a fatal combination.

“I went down on my knees, then both officers jumped on me and slammed me into the pavement. They handcuffed me laying on the ground and put the taser to my lower spine and tased me four more times. I was put in the police car and taken to jail, where I posted bond.” Sherman told Florida CopWatch.

Florida CopWatch has interviewed Sherman since his charges were dropped, check it out here:

Cassandra Rules’ article is courtesy of The Free Thought Project.