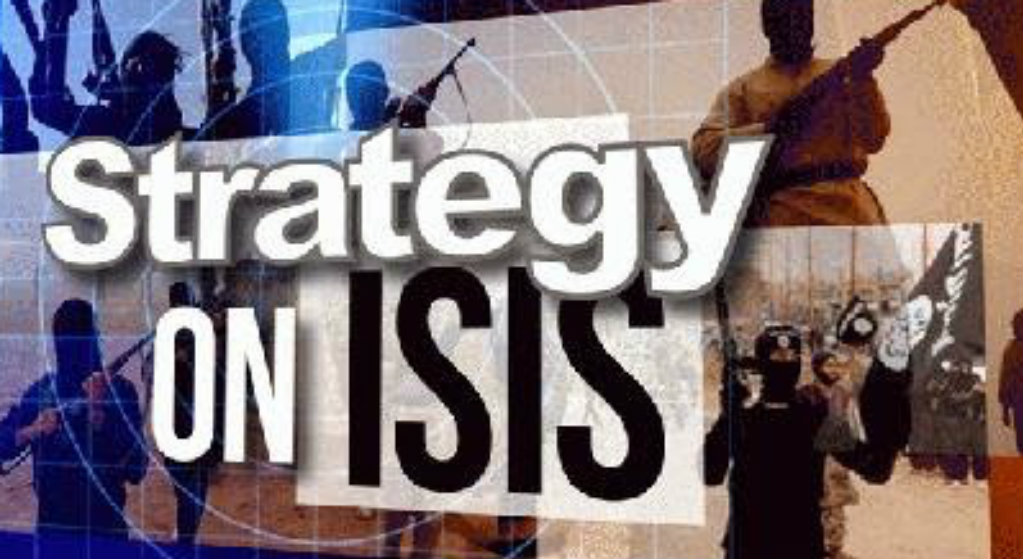 “I want the American people to understand how this effort will be different from the wars in Iraq and Afghanistan. It will not involve American combat troops fighting on foreign soil.”

On the eve of the 13th anniversary of September 11th, Barack HUSSEIN Obama addressed the nation regarding a serious threat to America…regarding yet another threat by those out to kill us all. Trying to reverse course because of public opinion…because of his continuing to fall poll numbers…this man once again tip-toed around what must be the total and complete destruction of the terrorist group known as ISIS.

Like Bill Clinton did in regards to al-Qaeda before him, Obama’s lack of fortitude and determination leads one to rightfully believe that he will pass what will be the continuing ISIS problem onto the next president. And starting his bloviations by saying “Let’s make this clear, ISIL is NOT islamic as NO religion condones the killing of innocents,” Obama has lied yet again to the American people for he damn well knows that ISIS adheres to the strict tenets of islam as laid down in the qur’an…including the many tenets that call for any and all infidels to either convert to their brand of islam or die. And these words also show that this president is NOT serious in what he said about America’s quest being to “degrade and destroy” ISIS, for how can you destroy an enemy if you do NOT recognize that enemy for what they are…terrorists who commit their acts of terror in the name of islam…commit their acts of terror in the name of allah. 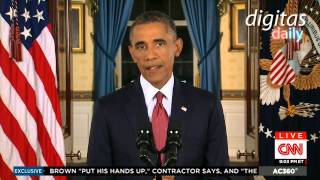 Click on link below to see Obama say ISIS is NOT islamic:

And to continuously call ISIS ‘ISIL’ again gives a nod to his brethren…to the Levant that denies Israel’s existence for these opening words spoken…for Obama calling them ISIL…cut to the core of a man who is NOT only a true muslim sympathizer…if NOT an outright muslim himself…for his trying to convince ‘We the People’ that ISIS is NOT islamic…is NOT islamic as they yell “allahu akbar” while cutting off the heads of both those who do believe along with those who do NOT believe…speaks between the lines the true intentions of a man who still thinks ISIS is ‘manageable problem’ and NO more.

“Degrade and then destroy”…”America is safer than before”…”we must remain vigilant as threats emerge”…yet NEVER saying the words we will do whatever it takes to defeat ISIS…only putting a band-aid on the problem to counter the criticism lobbed at him by both sides of the aisle. And as more placating words spewed from his mouth, the man who leads from behind ignored the fact that ISIS poses a threat NOT only to the Middle East but beyond that region as well. While saying that NO direct threats to date have been made against the U.S., Barack HUSSEIN Obama deliberately ignored the fact that ISIS is most likely already here having come through our still unsecured borders…already here as they lay low waiting for their call to jihad.

And as he continued speaking in placating words that showed he had NO fire in his belly for this fight at all…Obama spoke that the U.S. will meet terrorist threats with “strength and resolve”…but pray tell what strength is Obama speaking of as ISIS is actually stronger now than it was before as they march east to the Indian sub-continent…as they march west to north Africa as well. And with Obama’s words that air strikes will be our prime method of dealing with ISIS…which translates into his continuing to use unmanned drones and small teams of special operations forces…this abomination of a commander-in-chief clearly dishonored the memory of all the American lives lost by saying, “we cannot do for Iraq what they must do for themselves,” for how can they do for themselves when he and he alone lost the peace after George W. Bush had won the war.

Talking that America will lead “a broad coalition” against ISIL…nine nations (GWB had 37 in his coalition) does NOT a ‘broad coalition’ make for NONE of those nine nations has said what their contribution will be beyond merely saying that ISIS must be stopped. In fact, both Britain and Germany have already said what they will NOT do…as in they will NOT take part in the bombing of Syria…believing it to be a pretense for what is actually the bombing of Bashir al-Assad’s secular government.

So what type of coalition does Obama really have…he really has NONE…and to say that we and the basically non-existent coalition will take immediate action against Syria if a threat to America is made is just empty threats as this man once put red lines in the sand against Syria and did NOTHING when those red lines were crossed. 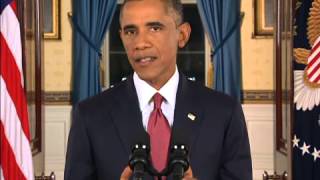 Click on link below to see Obama’s NO strategy ‘strategy’:

And the Four-Point Plan he laid out is NOTHING but the usual same old limited air strikes repackaged to force ill-trained and ill-equipped Iraqi forces to go on the offense alone. And when you add in that Obama wants to aid and equip the Syrian rebels…as in the Free Syrian Army…you just know this man is NOT on America’s side for the Free Syrian Army gave birth to ISIS and continues to partially fund them to this day.

And Obama’s drawing on ‘supposed’ counter terrorism capabilities…capabilities that were so wrong so many times before…and with his planning to cut off funding and stem the flow of terror fighters in and out of the region without saying how exactly that will be done…means the humanitarian aid we provide to those in ISIS’ cross hairs will amount to money thrown away as ISIS grows stronger with each passing day…increases in strength because Obama’s strategy is really NO strategy at all. And his sending Iraq a mere 475 additional troops to help train Iraqi forces (150 will be assigned to the advise-and-assist mission; 125 will help conduct the ISR flights; and the remaining 200 will be assigned to headquarters command in Baghdad and Irbil), all amounts to his basically doing NOTHING for Obama quickly added that America will NOT get into another ground war in Iraq.

Will NOT get into another ground war in Iraq he said when almost every American military expert says ‘boots on the ground’ is exactly what’s needed if ISIS is to be permanently taken out. But the problem is that with American military power on the decline because of what former VP Dick Cheney calls Obama’s “irrational” budget cuts…’boots on the ground’ is NOT a place Obama wants to go as his image of ‘ending’ America’s wars is more important to him than ‘winning’ America’s wars.

And the bottom line is that Barack HUSSEIN Obama’s calling for what amounts to NO more than ‘limited engagements plus’ shows that he does NOT really want to take ISIS out for the fact is that if he truly wanted to rid the world of the evil that is ISIS he would ‘carpet bomb’ them until they were NO more…as in “…hit them in their sanctuaries, staging areas, command centers, and lines of communication wherever we find them,” as Dick Cheney so rightfully said. And to that I add when the bombing is done then send in ground troops to clean up the rest..

And as Obama will go it alone with or without Congressional approval he has said…the man who puffed himself up on national television by saying that America is safer than ever before due to ‘his’ targeted successes in both Yemen and Somalia…successes that are anything but…shows that this newly announced strategy…like all his strategies before…is doomed to fail…doomed to fail just like his Arab Spring fiasco that has in reality led to this all.