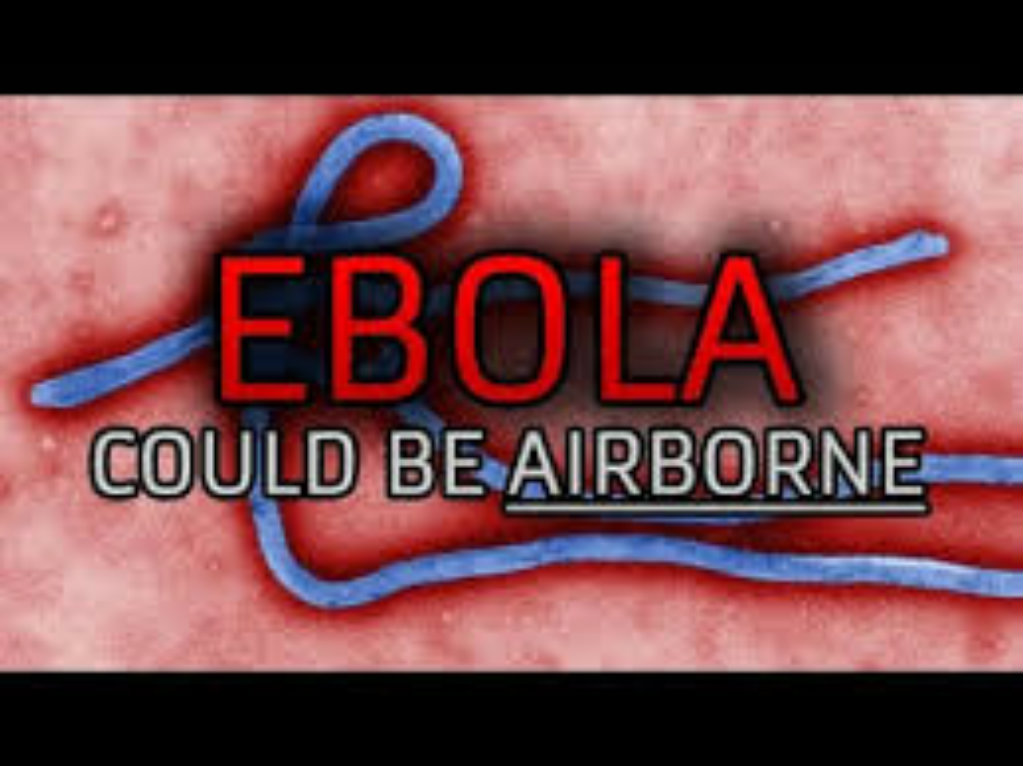 The last several months have led to much confusion about the spread of the Ebola virus. Health officials and governments first denied that a serious threat existed and took no significant action to prevent its spread outside of West Africa. Then, after it had made it’s way to six different countries in the region, officials at the World Health Organization and the U.S. Centers for Disease Control started to panic. Apathy gave way to the real fear that we were facing a virus on a whole different scale than ever before.

At its current rate, some mathematical models show that the virus could infect anywhere from 20,000 to 100,000 by the end of the year, with over 4,000 people worldwide having been infected thus far. About 2,300 people, over 50% of those who have contracted it, have died.

Although the CDC released a recent report warning travelers that the virus could leave infectious material in the air, they were careful to say that it was not capable of spreading like other airborne viruses such as the common cold or flu.

But, with the way the virus has mutated and spread thus far, to say that the world’s top medical professionals and health officials are worried would be an understatement. Ebola has contacted more humans in the last 9 months than all previous outbreaks over the last 40 years combined. The concern, according to officials, is that it has had an opportunity to mutate and it could eventually go airborne.

What is not getting said publicly, despite briefings and discussions in the inner circles of the world’s public health agencies, is that we are in totally uncharted waters and that Mother Nature is the only force in charge of the crisis at this time.

There are two possible future chapters to this story that should keep us up at night.

The first possibility is that the Ebola virus spreads from West Africa to megacities in other regions of the developing world. This outbreak is very different from the 19 that have occurred in Africa over the past 40 years. It is much easier to control Ebola infections in isolated villages. But there has been a 300 percent increase in Africa’s population over the last four decades, much of it in large city slums. What happens when an infected person yet to become ill travels by plane to Lagos, Nairobi, Kinshasa or Mogadishu — or even Karachi, Jakarta, Mexico City or Dhaka?

The second possibility is one that virologists are loath to discuss openly but are definitely considering in private: that an Ebola virus could mutate to become transmissible through the air. You can now get Ebola only through direct contact with bodily fluids. But viruses like Ebola are notoriously sloppy in replicating, meaning the virus entering one person may be genetically different from the virus entering the next.

The current Ebola virus’s hyper-evolution is unprecedented; there has been more human-to-human transmission in the past four months than most likely occurred in the last 500 to 1,000 years. Each new infection represents trillions of throws of the genetic dice.

If certain mutations occurred, it would mean that just breathing would put one at risk of contracting Ebola.

In the event of the Ebola virus going airborne, research models show that it would quickly spread to all corners of the globe, infecting and killing millions.

U.S. hospitals are already preparing intake areas in case the virus hits home and a Congressional report released earlier this year says that Ebola detection kits and mobile response facilities have been deployed to National Guard units in all fifty states.

Thus, while the public remains oblivious to the seriousness of the threat, the government is rapidly ramping up preparations.

However, it may all be for naught should the current Ebola strains become transmissable by air. In such an event millions will contract the virus and the medical systems in the United States will be overwhelmed. Moreover, any experimental vaccines may be slow in coming due to massive global demand and limited supplies.

This leaves prevention on an individual scale the only viable strategy. Tess Pennington, author of The Prepper’s Blueprint, recommends that every family prepare a sick room and stock up on some essential pandemic preparedness supplies (not just for Ebola but any potential contagion outbreak in the future).

The very basic considerations in such a scenario should include methods of quarantining those suspected of having contracted an illness and protective equipment for those providing treatment. This might include WHO recommended N-100 respirator masks, Tyvek body suits, protective eyewear, gloves and shoe coverings.

Moreover, should such an event grip the world, millions of people would be in panic mode. Normal systems of commerce would likely break down, leaving many without food, clean water, and power. Thus, preparing for a scenario where the world as we know it literally comes to a screeching halt is also important to consider.

To be clear, Ebola has not yet achieved an airborne mutation in humans that we are aware of (though research has shown that it has been carried by breathing between animals). But, just because it has happened yet, doesn’t mean it can’t, especially considering the number of official cases reported so far.

In 1918 the Spanish flu killed as many as 50 million people, roughly 5% of the world’s population. Can you imagine the implications of an airborne Ebola virus with a mortality rate of 50% to 90%?