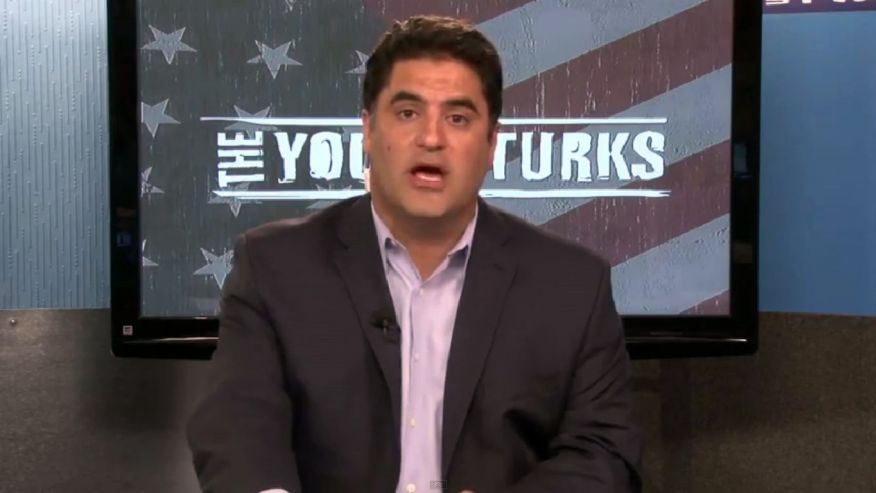 Liberal host Cenk Uygur says he would bet money on Rand Paul becoming the next President of the United States, remarking that the Kentucky Senator’s accurate take on ISIS and U.S. involvement in the middle east is going to be crucial when contrasted with Hillary Clinton’s efforts to beat the war drums.

Former MSNBC host Uygur, who left the network after being told he was too combative towards “those in power,” is host of the Young Turks, a liberal-leaning YouTube channel that has received over 2 billion views.

Noting that Paul was a “voice of reason” on the issue of ISIS, Uygur said that the Kentucky Senator’s opposition to bombing Syria, arming so-called moderate rebels and intervening in the region stood in stark contrast to Hillary Clinton “beating the war drums” in line with establishment Republicans.

During an appearance on CBS’ This Morning yesterday, Paul noted that the rebels Obama plans to arm just signed a non-aggression pact with ISIS. As we documented, FSA militants have also defected to, fought alongside and handed weapons to ISIS in numerous different instances.

Underscoring that the bombing of Iraq and subsequent interventions in the middle east led to the rise of ISIS, Uygur slammed Clinton’s foreign policy as, “let’s keep doing the same stupid shit that we were doing before that you hated before campaign,” while predicting that Paul would beat Clinton in a presidential run off.

Asserting that he had “never lost a single political bet” in his life, Uygur stated, “right now I’d lay money on Rand Paul being the next President of the United States, not because he’s gonna be, not because you should mark it down, but because you would get great odds and the reality is he now stands I think about a 25 percent chance of winning the whole enchilada because by the time we have the 2016 election the mess in the middle east will be much worse – our bombing will not have worked and we will have unleashed even more hell and more trouble.”

Hillary Clinton has repeatedly floated the erroneous talking point – one echoed by RINO Republicans – that Obama’s failure to arm the Syrian rebels during the first phase of the uprising was what led to the emergence of ISIS.

In reality, ISIS grew in strength as a result of being bankrolled and armed by America’s closest allies in the region – Qatar, Saudi Arabia, Turkey and Jordan, countries which all vehemently supported FSA rebel militants from the very beginning of the Syrian conflict.

In addition, many of the weapons that were sent to FSA rebels were also seized by ISIS fighters. In July it emerged that “several factions within the FSA, including Ahl Al Athar, Ibin al-Qa’im” had “handed over its weapons to the Islamic State in large numbers” and pledged allegiance to ISIS.

Islamic State fighter Abu Atheer also told Al-Jazeera, “We are buying weapons from the FSA. we bought 200 anti-aircraft missiles and Koncourse anti tank weapons. We have good relations with our brothers in the FSA. For us, the infidels are those who cooperate with the West to fight Islam.”