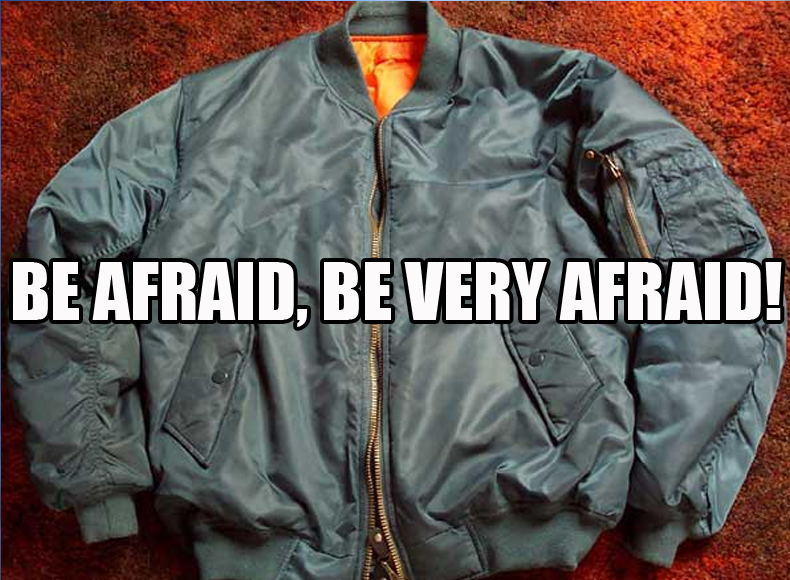 Southington, CT — Police officers descended onto the campus of John F. Kennedy Middle School in Southington Tuesday as the school was placed on lockdown.

The reason for the show of force and the students being locked inside the school was that a staffer at the school saw a one of the students wearing a ‘military-style jacket.’

Immediately after seeing a kid in a jacket, all students were told to return to their classrooms, the school was placed on lockdown and police were called; which is part of the schools standard operating procedure.

“We got a phone call 15 to 20 minutes ago saying a teacher saw a suspicious person in the area and that’s all they said,” parent Courtney Peluso said at around 11 a.m. Tuesday morning, when the lockdown happened.

As nervous parents began to gather outside of the school, they were told that they could not see their children and to stay in their cars.

Southington officers searched the school and the surrounding areas which “revealed nothing of a suspicious nature.” At 1:00 pm after students sat in fear in their respective classrooms the lockdown was lifted.

Superintendent of Schools Tim Connellan told Eyewitness News that no discipline is expected to be taken against the student in question or the staffer.

This sort of reaction by school staff and police alike speaks volumes to the progression of the nanny state.

Last month’s Nanny state adventure happened at Cal State San Marcos. Students barricaded themselves in classrooms as militarized SWAT teams were deployed all over campus, to stop a man with an umbrella.

When does the constant anticipation of mass shootings and terror attacks reach a precipice and materialize into a total police state grid?

Mass shootings are no more common now that they were decades ago. In fact the highest point of mass killings in the U.S. was 1929, according to criminologist Grant Duwe of the Minnesota Department of Corrections.

Incidents of mass murder in the U.S. declined from 42 in the 1990s to 26 in the first decade of this century.

The chances of being killed in a mass shooting are about what they are for being struck by lightning and we certainly don’t see people calling the cops when they hear thunder; although that scenario is probably not too far out.

You have a better chance of being killed by a bee sting, or a home repair accident than you do a terrorist. Or how about, being shot by a police officer, medical malpractice, hot weather, tripping, or choking on your own vomit? All of these are more likely to kill you than TERRORISM.

Main stream media coupled with government fear-mongering about the next boogeyman is helping to create a society of timid and fearful drones who are completely dependent on the state for their own protection.