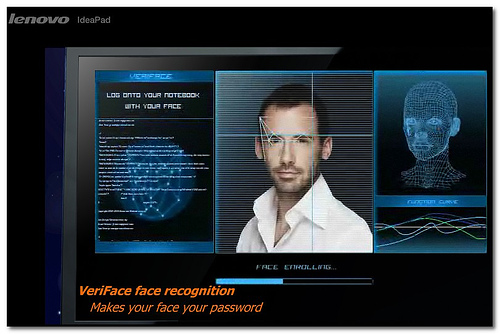 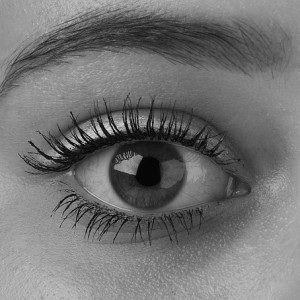 What is our society going to look like when our faces are being tracked literally everywhere that we go?  As part of the FBI’s new Next Generation Identification System, a facial recognition database known as the Interstate Photo System will have collected 52 million of our faces by the end of 2015.  But that is only a small part of the story.  According to Edward Snowden, the NSA has been using advanced facial recognition technology for years.  In addition, as you will see below, advertising companies are starting to use Minority Report-style face scanners in their billboards and many large corporations see facial recognition technology as a tool that they can use to serve their customers better.  Someday soon it may become virtually impossible to go out in public in a major U.S. city without having your face recorded.  Is that the kind of society that we want?

To the FBI, this technology does not represent an invasion of privacy.  Rather, they are very proud of the fact that they are not going to be so dependent on fingerprinting any longer.  The FBI has been developing the Next Generation Identification System for years, and this month it was announced that it is finally fully operational…

“This effort is a significant step forward for the criminal justice community in utilizing biometrics as an investigative enabler,” the FBI said in a statement.

The latest advance in the technology gives users the ability to receive “ongoing status notifications” about individuals’ criminal histories, the FBI said. That means if, for instance, a teacher commits an offense, law enforcement can be immediately informed — and then pass that information on to administrators.

It’s to monitor criminal histories of those “in positions of trust,” the FBI said.

As part of this new system, every American will eventually be assigned a “Universal Control Number”.

Does that sound creepy to you?

It aims to eventually replace fingerprinting with a complex array of biometrics, assigning everyone with a “Universal Control Number”, in what sounds like a plotline from a sci-fi movie.

And it won’t just be the FBI using this database.

According to Fox News, more than 18,000 law enforcement agencies will have access to this information…

More than 18,000 law enforcement agencies and other authorized criminal justice partners across the country will have access to the system 24 hours a day, 365 days a year.

So if your face is scanned somewhere or you do something noteworthy that is registered by the system, virtually every law enforcement agency in the country will instantly know about it.

But the FBI is actually lagging far behind the NSA.

According to Edward Snowden, the NSA has been using “sophisticated facial recognition programs” for many years…

The National Security Agency is harvesting huge numbers of images of people from communications that it intercepts through its global surveillance operations for use in sophisticated facial recognition programs, according to top-secret documents.

The spy agency’s reliance on facial recognition technology has grown significantly over the last four years as the agency has turned to new software to exploit the flood of images included in emails, text messages, social media, videoconferences and other communications, the N.S.A. documents reveal. Agency officials believe that technological advances could revolutionize the way that the N.S.A. finds intelligence targets around the world, the documents show.

Do you remember that stuff you saw in the Jason Bourne movies about how the NSA can track people?

Well, most of that stuff is real.

If you don’t like it, that is just too bad.  At this point not even Congress has much control over what the NSA does.

And there are police departments around the nation that are also way ahead of the FBI.

For example, just check out what has been going on in southern California…

In a single second, law enforcement agents can match a suspect against millions upon millions of profiles in vast detailed databases stored on the cloud. It’s all done using facial recognition, and in Southern California it’s already occurring.

Imagine the police taking a picture: any picture of a person, anywhere, and matching it on the spot in less than a second to a personalized profile, scanning millions upon millions of entries from within vast, intricate databases stored on the cloud.

At least one law enforcement agency in San Diego is currently using software developed by FaceFirst, a division of nearby Camarillo, California’s Airborne Biometrics Group. It can positively identify anyone, as long as physical data about a person’s facial features is stored somewhere the police can access. Though that pool of potential matches could include millions, the company says that by using the “best available facial recognition algorithms” they can scour that data set in a fraction of a second in order to send authorities all known intelligence about anyone who enters a camera’s field of vision.

Widespread use of facial recognition technology by our law enforcement authorities is becoming a way of life.

If the American people don’t like this, they need to stand up and say something.

But instead, in an era of widespread Internet hacking and identity theft, many Americans are actually clamoring for the implementation of more biometric identification.

For instance, the following is a brief excerpt from a Fox News article entitled “Biometric security can’t come soon enough for some people“…

In a world where nearly every ATM now uses an operating system without any technical support, where a bug can force every user of the Internet to change the password to every account they’ve ever owned overnight, where cyber-attacks and identity theft grow more menacing every day, the ability to use your voice, your finger, your face or some combination of the three to log into your e-mail, your social media feed or your checking account allows you to ensure it’s very difficult for someone else to pretend they’re you.

As financial institutions adopt this kind of technology, a day may come when virtually all of us are required to have our faces scanned at the checkout counter.

That may sound crazy to you, but according to the Daily Mail a company in Finland has already launched this technology…

Bank cards are already being replaced by phones and wristbands that have payment technology built-in but the latest threat to the lowly plastic in your pocket could be your face.

A Finnish startup called Uniqul has launched what it calls the first ever payment platform based on facial recognition.

The system doesn’t require a wallet, bank card or phone – instead a camera is positioned at the checkout and takes a photo of a shopper’s face when they are ready to pay.

It then scans a database for the face and matches it to stored payment details in order to complete the transaction.

And advertisers are even more eager to adopt facial recognition technology.  In fact, the kind of face scanning billboards that we saw in “Minority Report” are already a reality.  For example, a company called Amscreen says that it already has more than 6,000 face scanning digital screens that are being viewed by approximately 50 million people each week…

Cameras have been installed in Amscreen’s digital advertising displays that can scan a person’s face and determine their gender, age, date, time and volume of the viewers.

This is so adverts are served to the most appropriate audience.

Amscreen already has over 6,000 digital screens seen by a weekly audience of over 50 million people.

Even dating websites are starting to use facial recognition technology at this point.

Just check out what Match.com has been doing…

Popular dating site Match.com will use photos of users’ exes to determine which type of look they’re attracted to in order to find them a dating match.

The dating site has partnered with Three Day Rule, a Los Angeles-based matchmaking service, which has dating experts that act as personal dating concierges who hand-select and personally meet every potential match before making a formal introduction to clients, Mashable reports.

Members of Match.com will be able to upgrade to Three Day Rule’s premium service which will ask users to send pictures of exes to determine the type of look they’re attracted to. Three Day Rule will then use facial-recognition technology in an effort to help users find dates.

Our world is changing at a faster pace than ever before.

Powerful new technologies are literally being introduced every single day now, and the future is probably going to look far different than any of us are imagining.

But with all of this new technology, will we end up losing what little personal privacy that we have left?